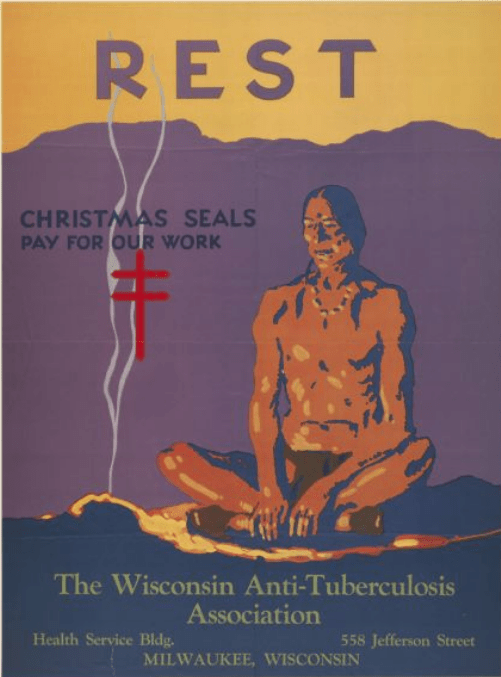 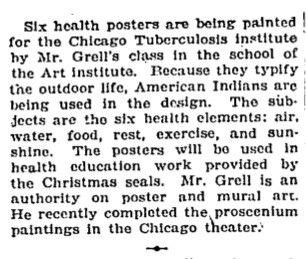 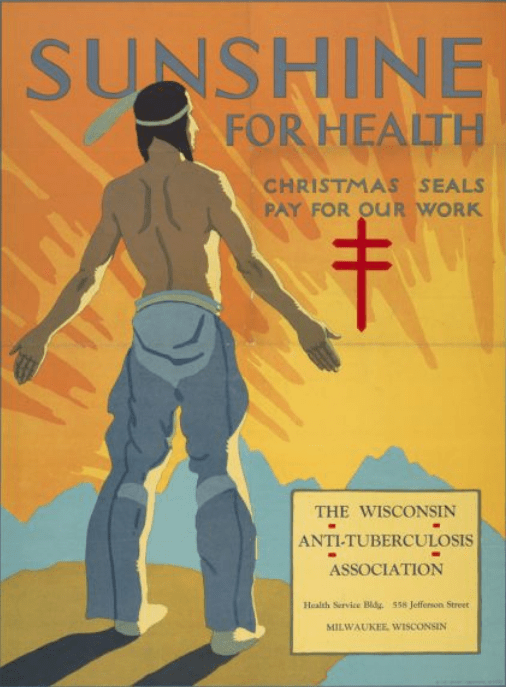 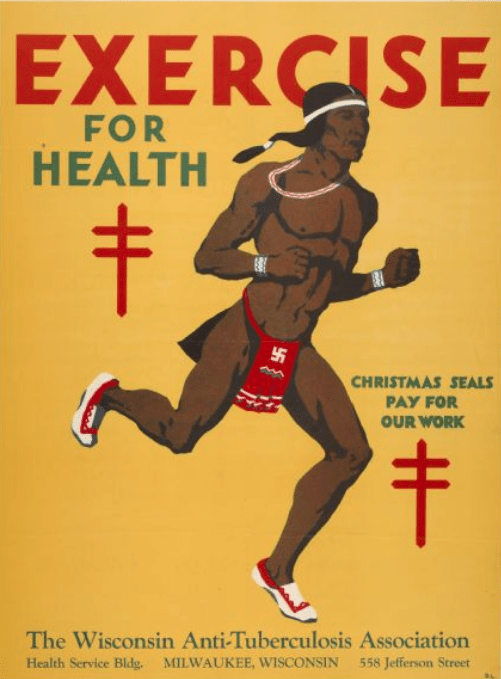 Six health posters for the 1929 anti-tuberculosis campaign held annually during the holiday season created for the Chicago Tuberculosis Institute based in Chicago.  Grell choose to feature American Indians in outdoor settings highlighting the six health elements: air, water, food, rest, exercise, and sunshine.  Painted by Grell’s students at the School of the Art Institute of Chicago during the fall semester of 1929 under his guidance and direction.  Three are featured herein apparently adopted by the Wisconsin Anti-Tuberculosis Association and utilized in conjunction with the 1929 – 1930 Christmas Seals annual drive.

images of the three posters courtesy of he Wisconsin Historical Society