America’s oldest resident artist colony, founded by Anne Tree and her husband Judge Lambert Tree in 1894, on land that their children once rode horses, in what is now Chicago’s near north side. Located between East Ontario and East Ohio Streets on the North and South and N. State St and N. Wabash Ave on the West and East. Grell’s studio numbers were “0” & “16” and eventually he and his wife Friedl would live at 617 N. State St., at storefront level in the original 1894 structure where he lived, painted and had a small gallery.

Grell and his wife Friedl would live together at Tree Studios their entire married lives, never having any children. Grell from 1916 until his death in 1960 and Friedl from the time they were married in 1922 until 1970 at which time she moved into a German nursing home in Chicago.

At Tree Studios artist colony, from 1917 until 1960, Grell associated with some of America’s brightest and most gifted artistic talent of the first half of the 20th century, many being professors at the Art Institute of Chicago.

Many believe Tree Studios artist colony to be the oldest and most prestigious resident art colony in America inspiring this country’s best talent since 1894.  Actors Burgess Meredith and Peter Faulk lived at Tree Studios for brief periods.

Jim Romano maintained Romano Gallery fronting on N. State Street from the 1960’s until well into the 1990’s and featured Tree Studio art.  He sold numerous Grell’s primarily in the late 1970’s after Grell’s widow Friedl passed away. 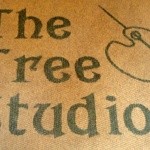 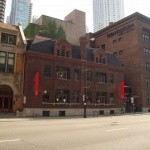 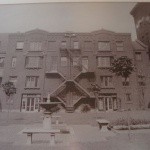 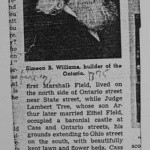 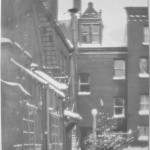 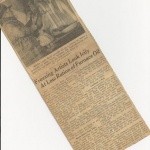 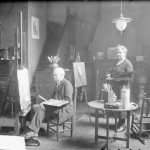 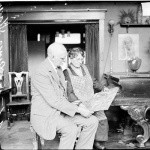 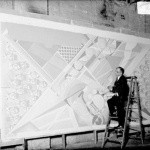 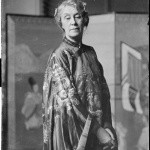 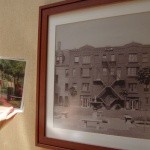 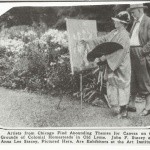 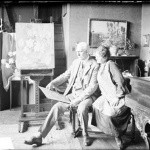 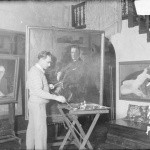 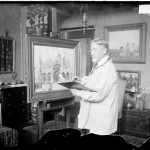 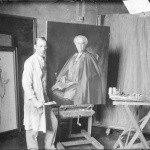