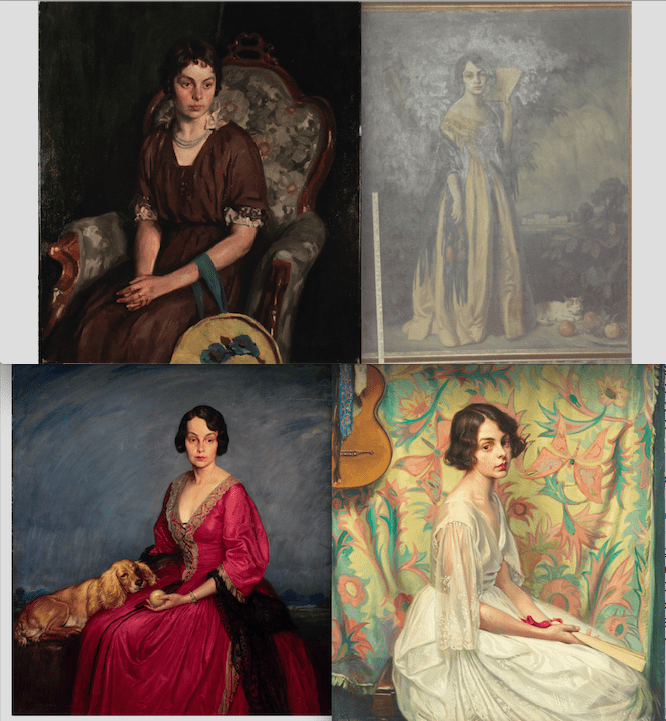 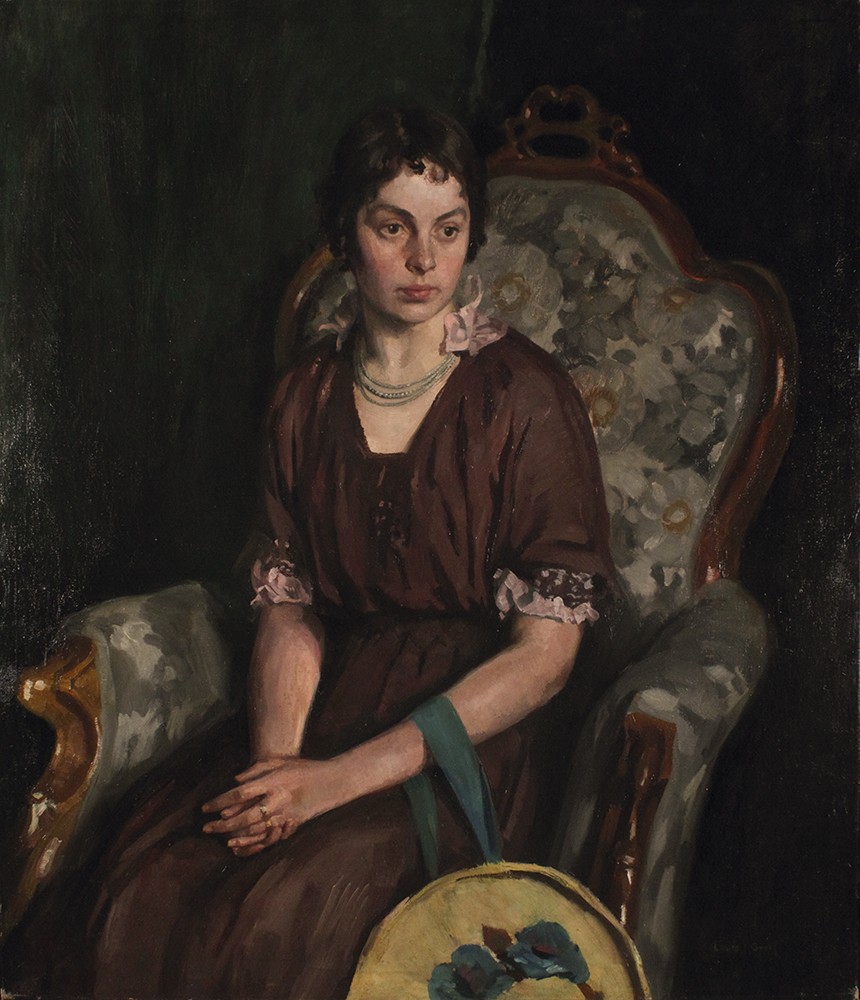 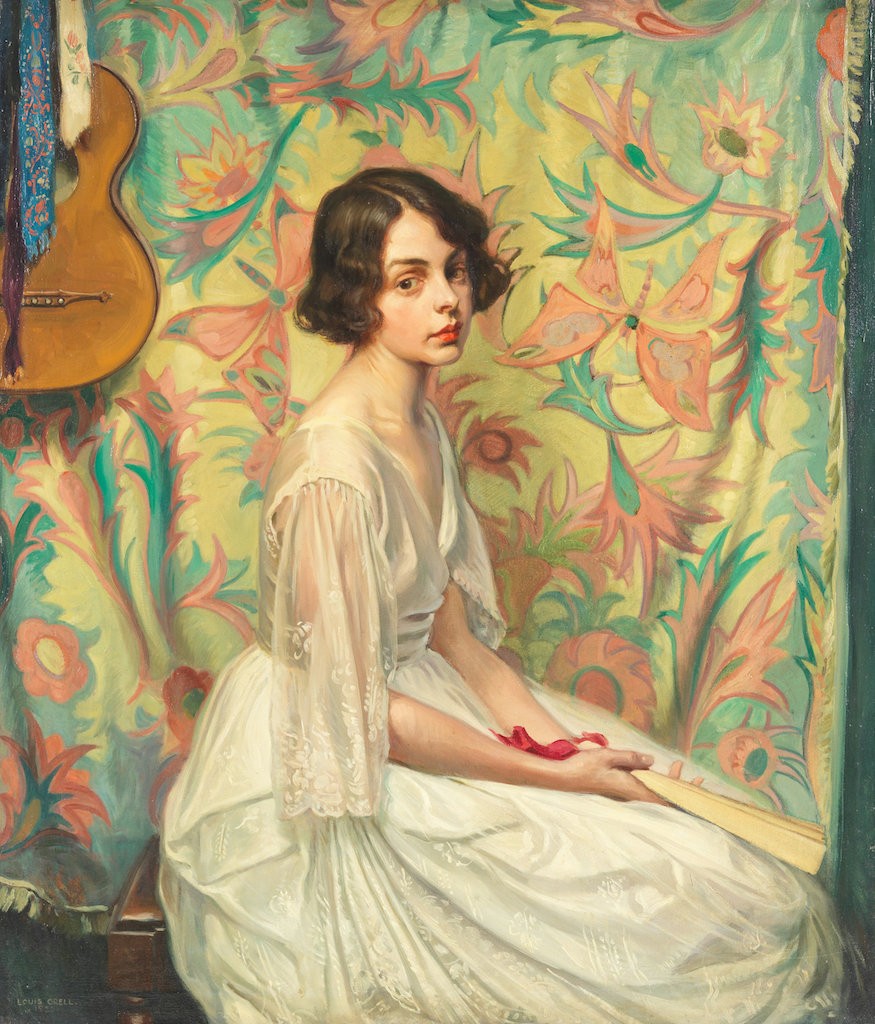 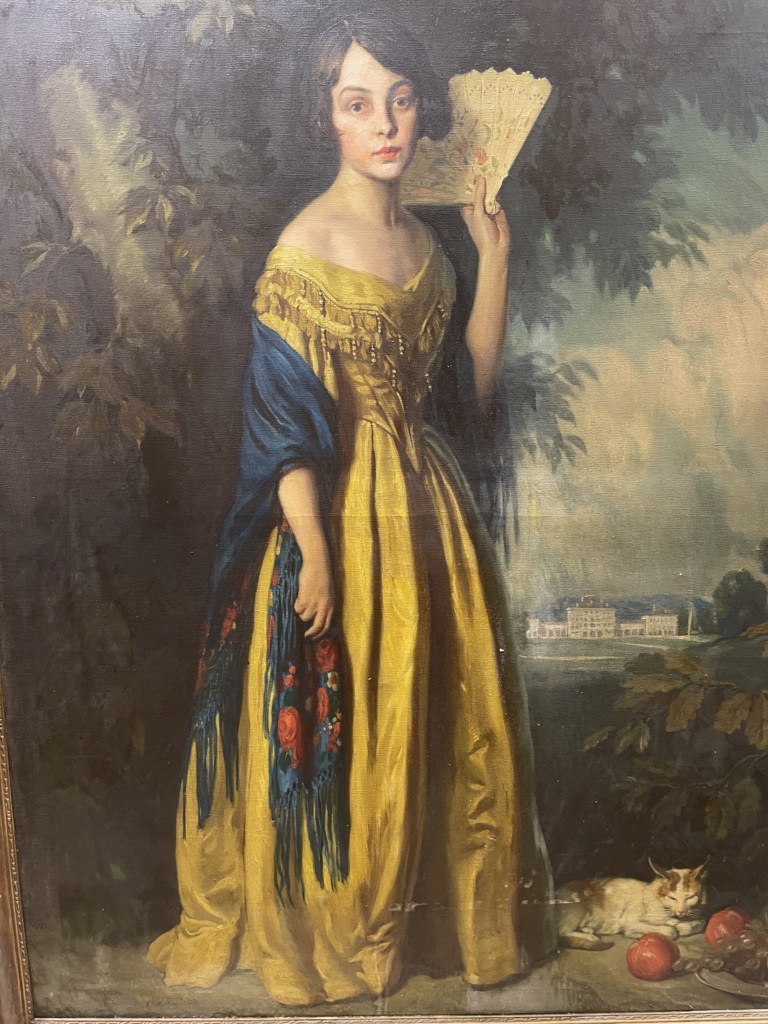 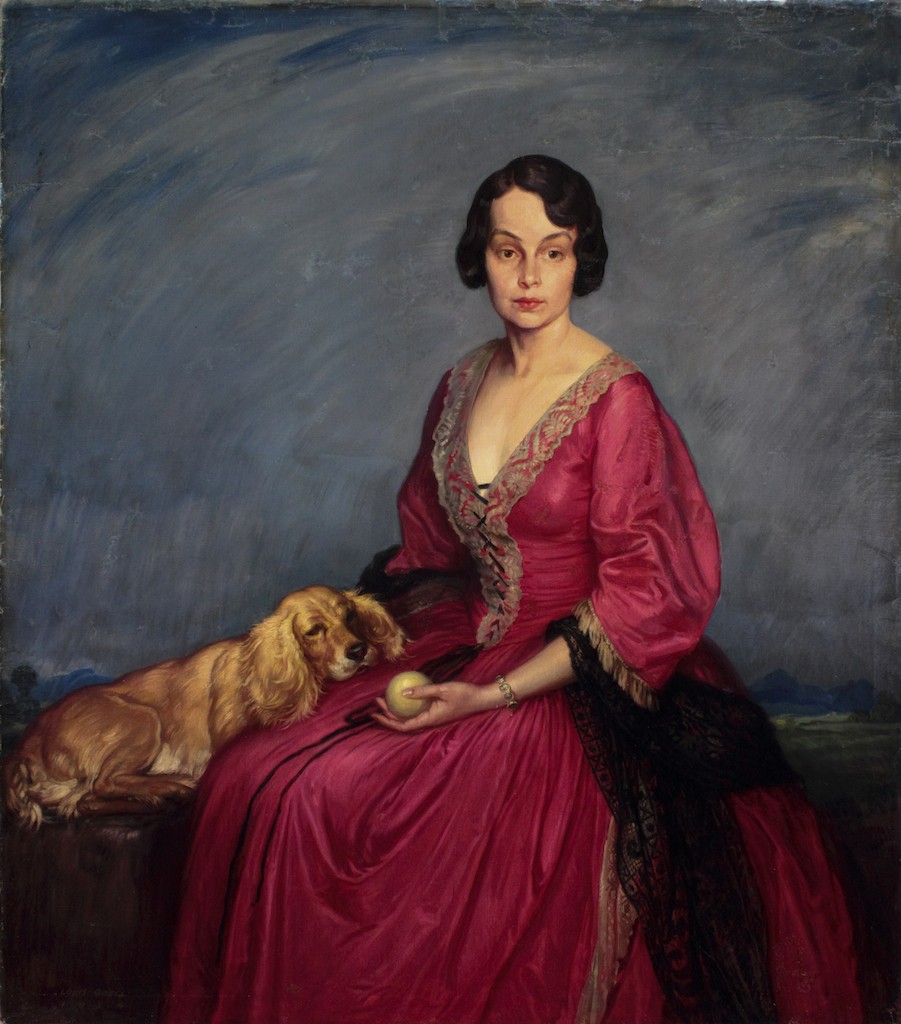 Introducing The Four Friedls all by Louis Grell as compiled and presented as a representation of his outstanding portrait work.  Certainly his favorite subject as can be seen in the beauty of the pictures, which date from c1915 in Munich, 1922 in her wedding day gown as Pastel Friedl, to the painting that won acclaim in 1936, Lady with a Dog, as compared to Thomas Gainsborough [(1727-1788) painter of the Kings and Queens and Blue Boy (1779)].  In Fredricka in Gown, she is shown in the formal evening attire worn by Grell’s grandmother back in Germany during the mid-nineteenth century.  These paintings show one side of Grell’s brilliance; the other being murals.

Lady with a Dog or Lady with Spaniel was exhibited at the Chicago Galleries Association in 1936.  Skippy was the name of the dog.

Fredricka (Friedl) Grell lived at Tree Studios art colony from 1922 to 1970 (with Louis until he passed away in 1960).  It is entirely possible that Friedl is the longest residing person at Tree Studios in its 115 year history; she actually lived there longer than her husband.  Mrs. Cameron and Mrs. St. John both lived there extended periods also.

A prominent Chicago area collector is quoted as saying that Pastel Friedl is a “barn burner.”