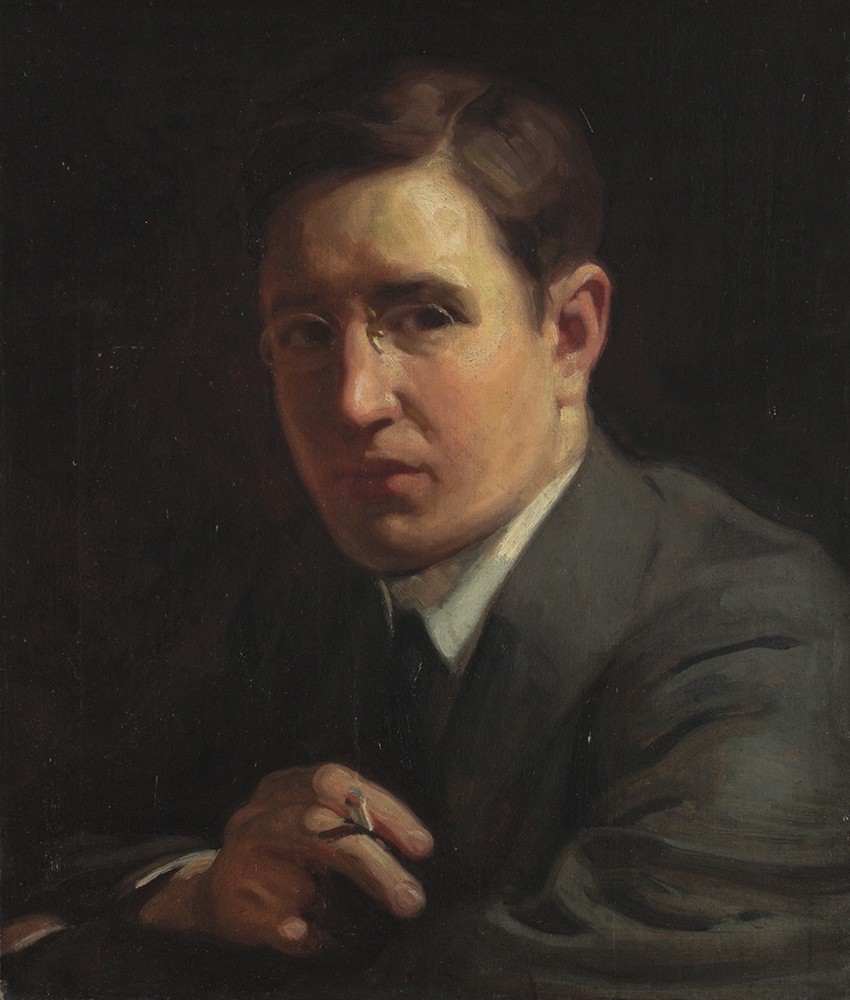 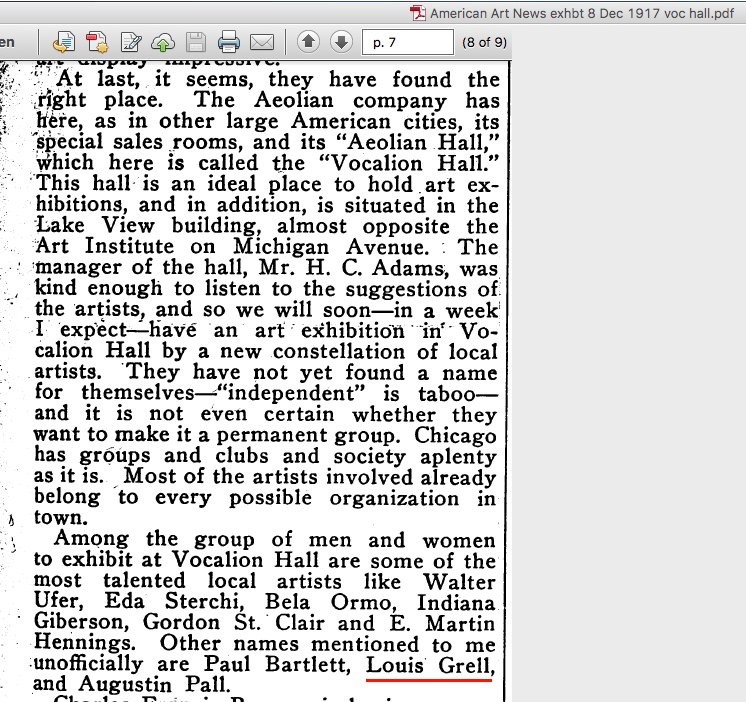 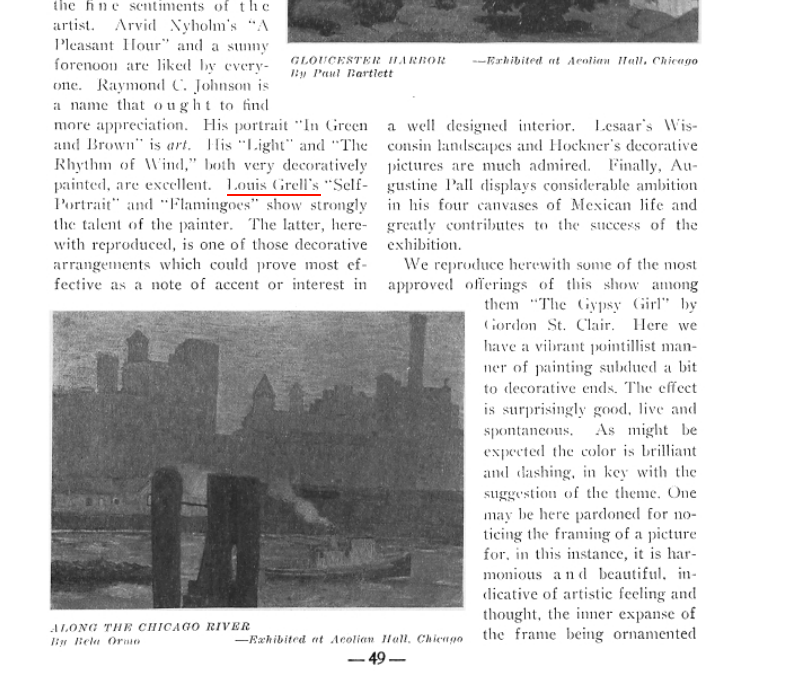 Exhibited at Aeolian-Vocalion Music Hall (118 So. Michigan Ave.) show 1918 as part of the Art Institute of Chicago ACV over crowded exhibit.  Others exhibiting with Grell at Aeolian Hall included Walter Ufer, E. Martin Hennings, Paul Bartlett and Carl Hoeckner.  Grell exhibited Self Portrait and Flamingoes.  Grell’s 1917 Self Portrait was also exhibited at Grant Wood and Louis Grell Pottawattamie County Courthouse two man show from 2012 to 2017; University of Nebraska at Omaha one man show in 2014; St. Louis Union Station two man exhibit in 2015.  Grell was twenty-nine years old when he composed this Munich style portrait just a few months before he was drafted into World War I.  This portrait is one of four known existing self portraits; two others in the California Grell collection and another from 1903 recently discovered at the Iowa Grell home.