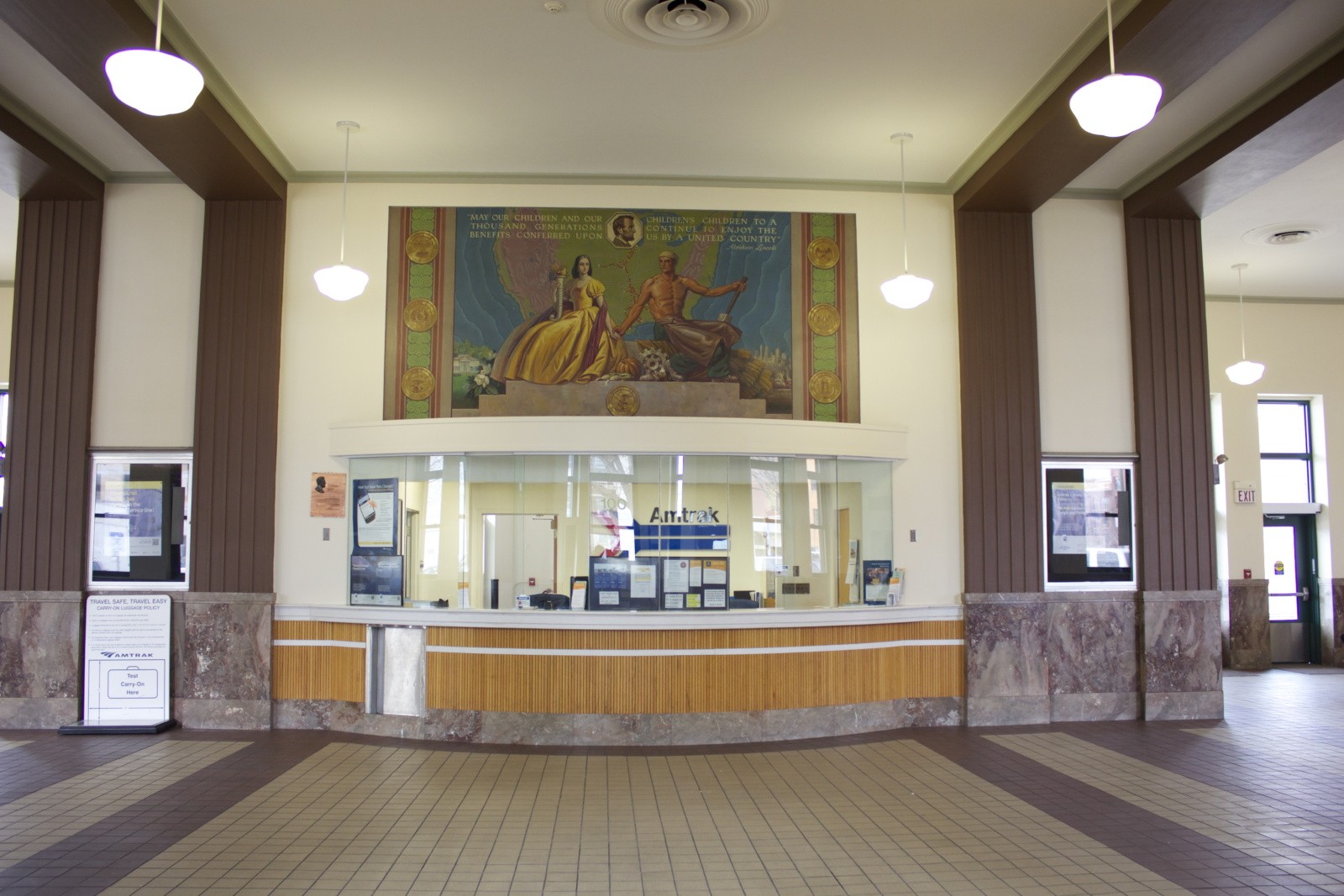 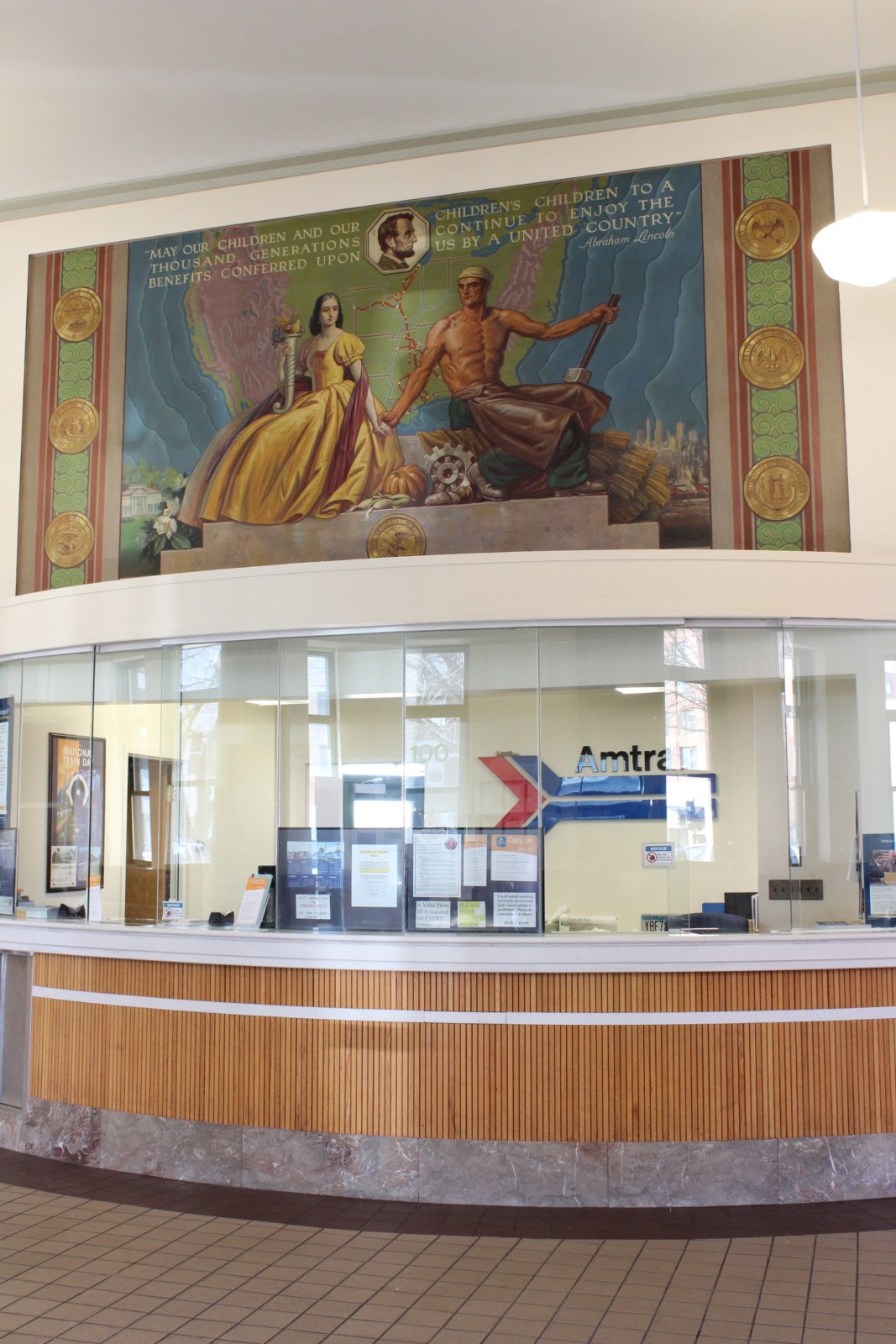 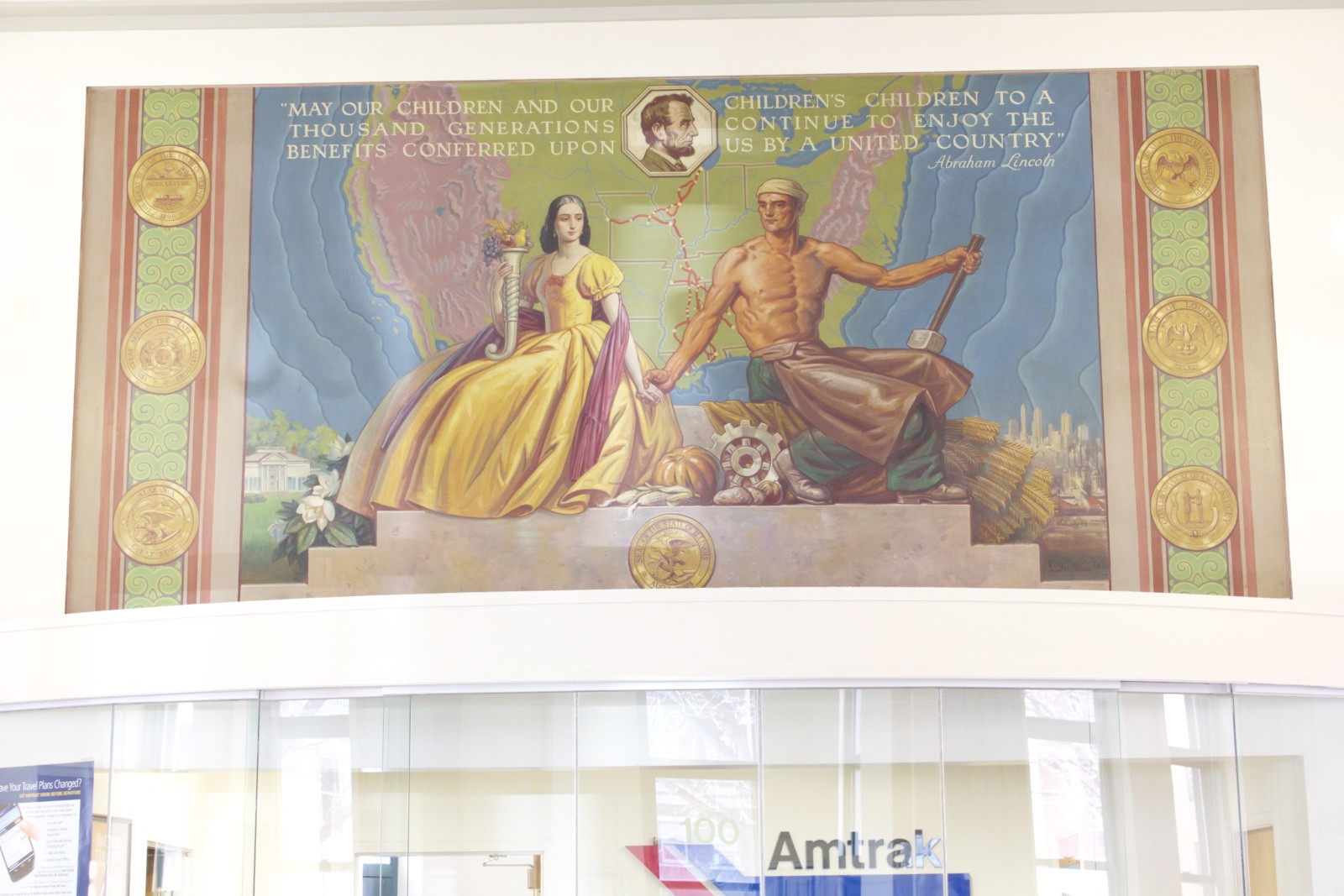 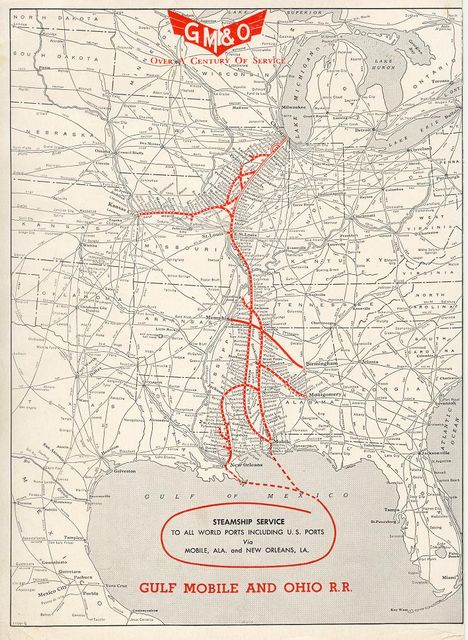 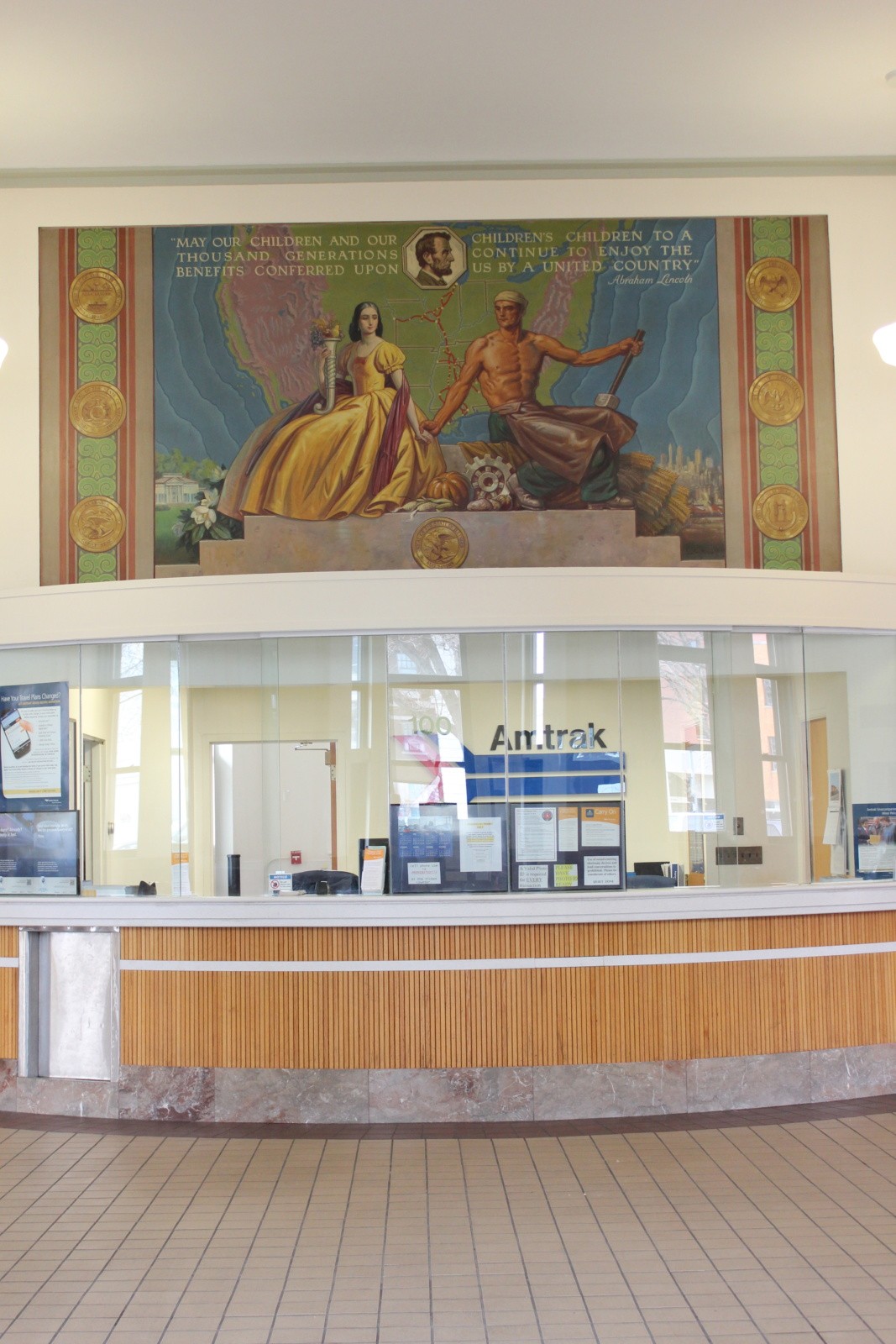 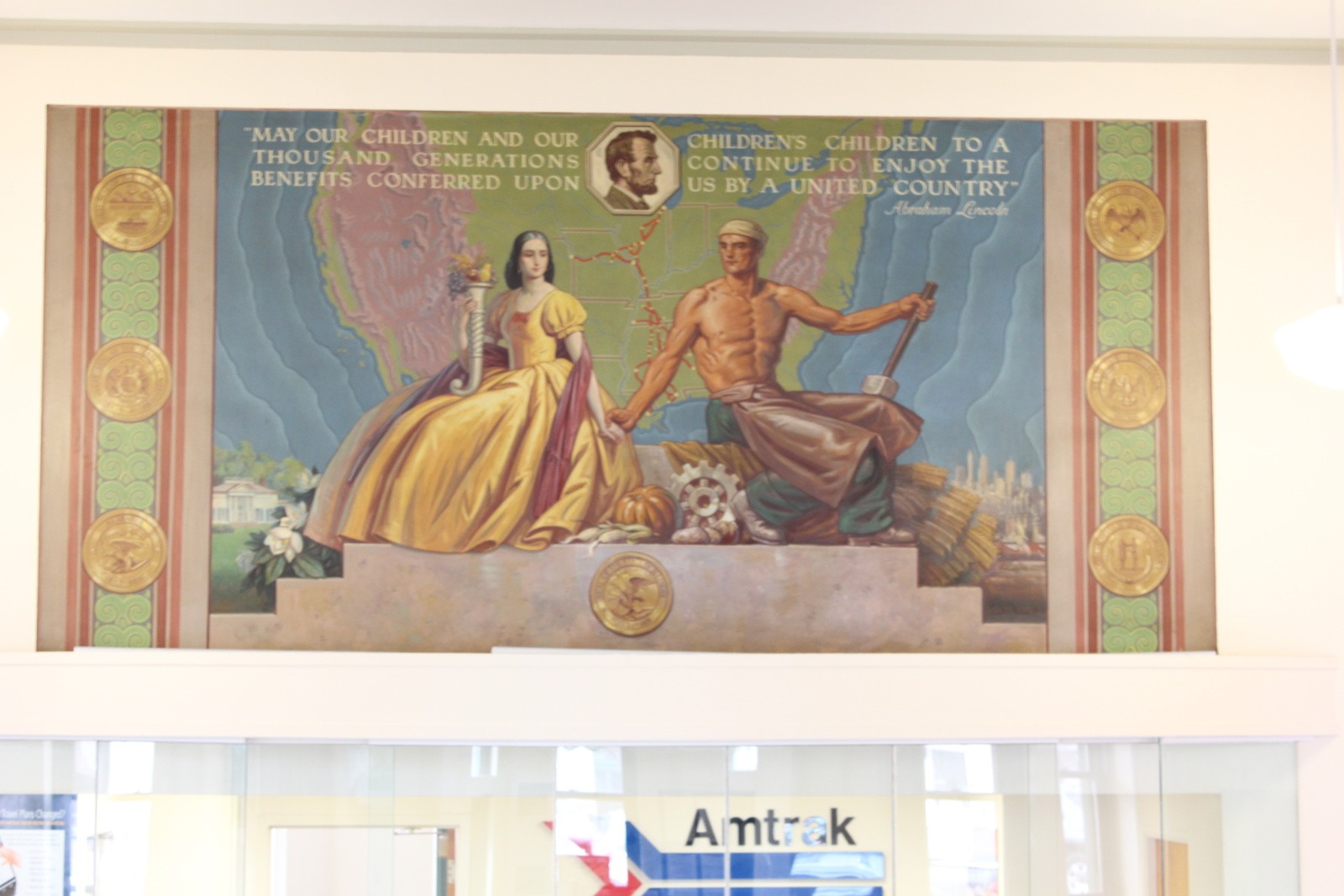 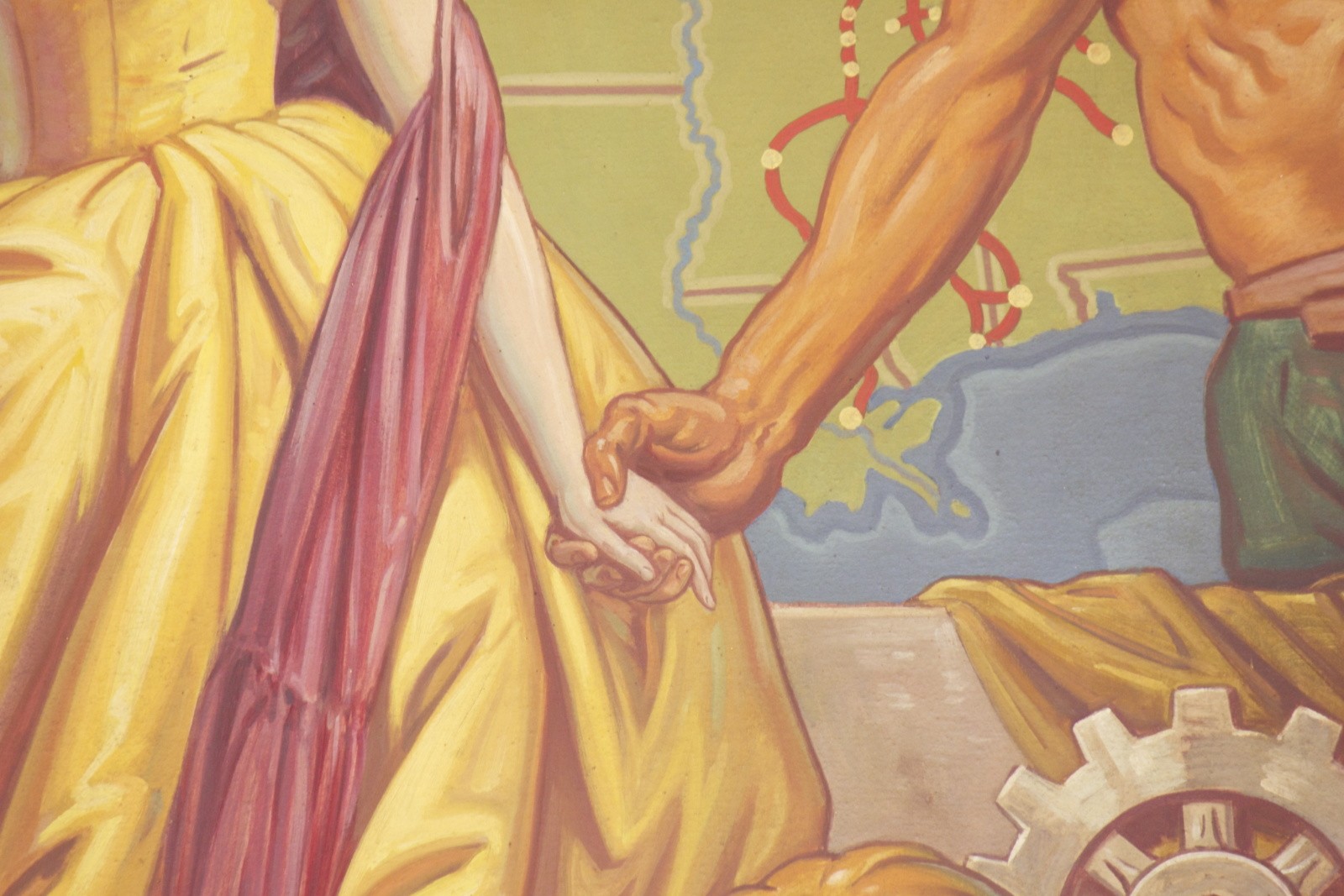 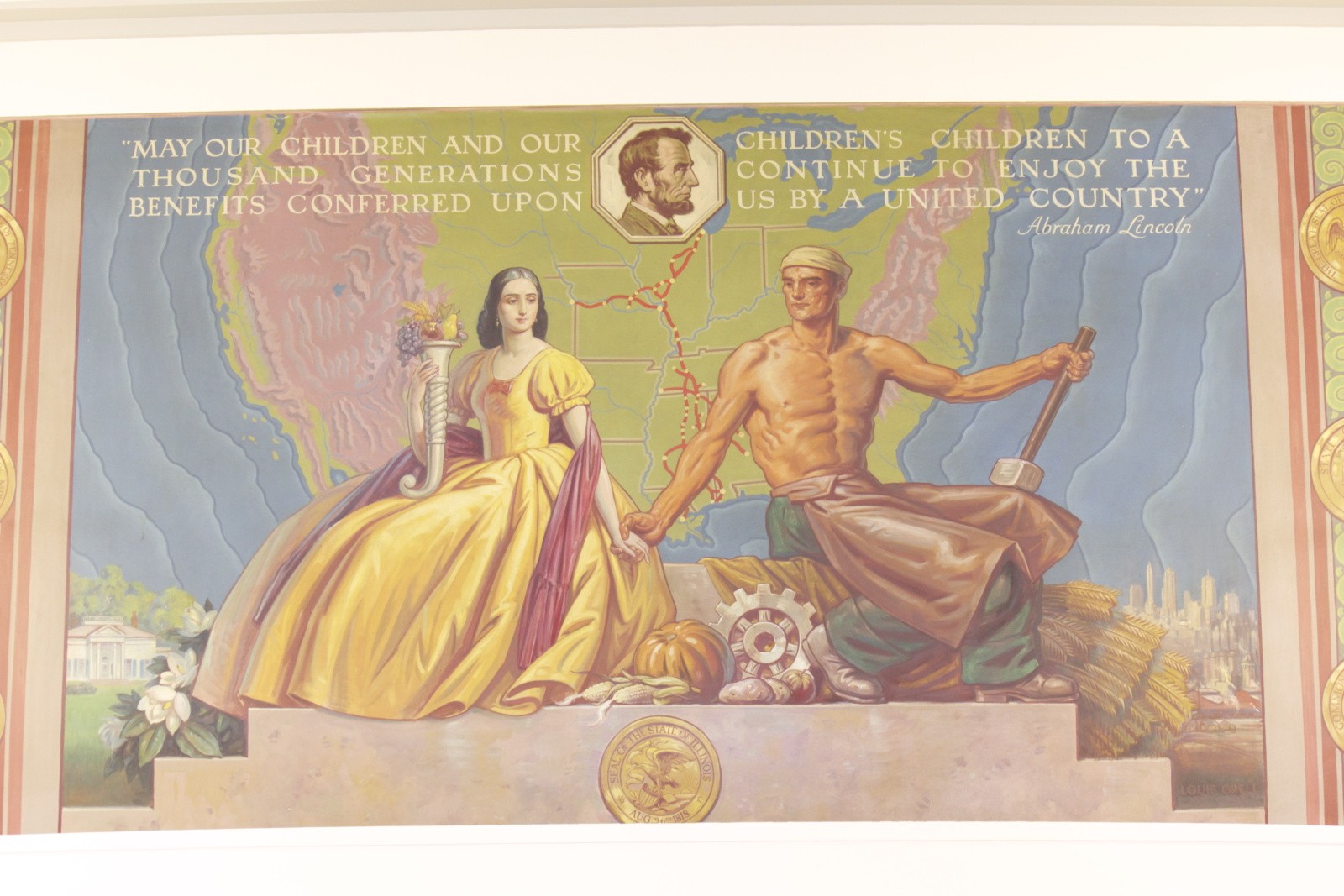 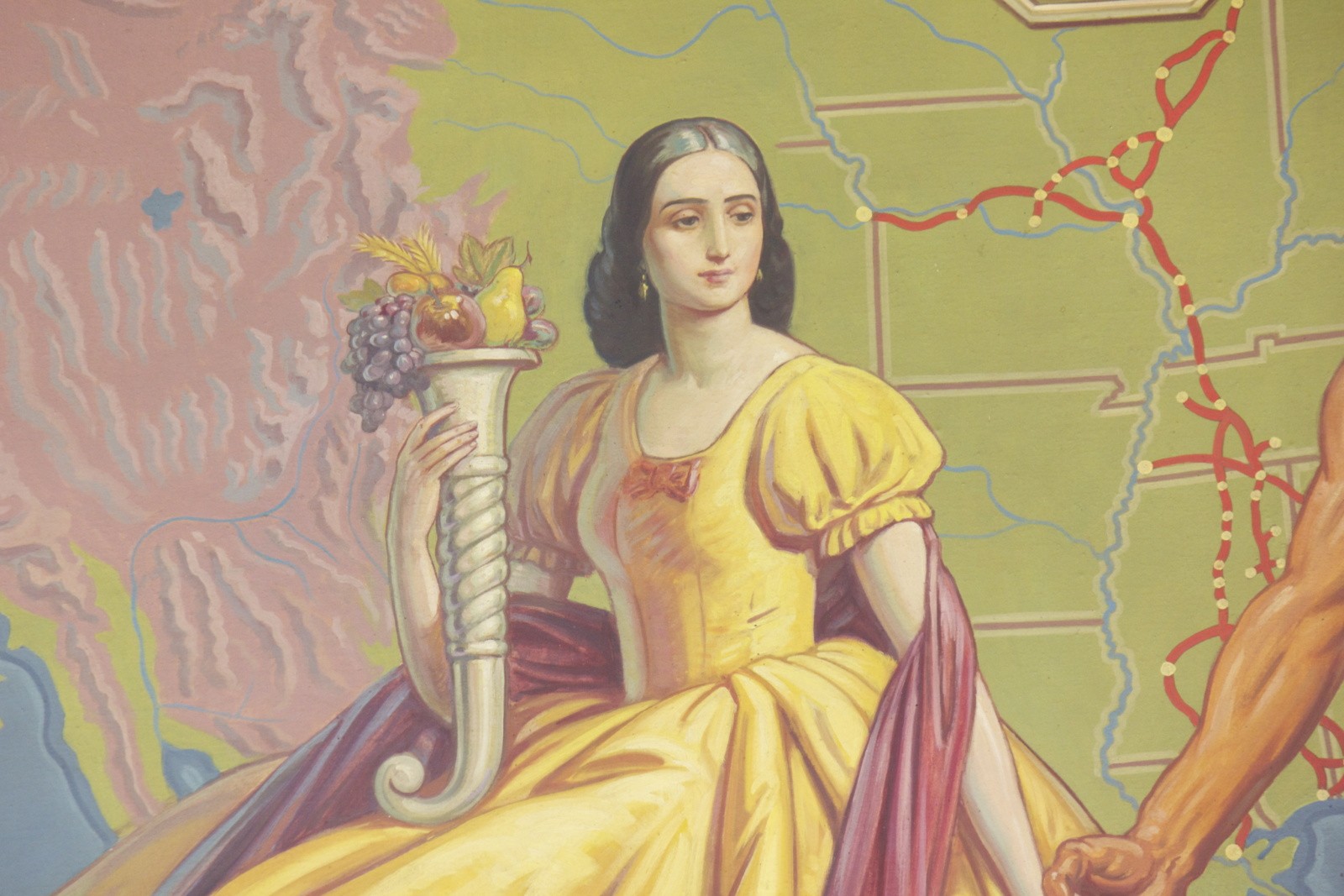 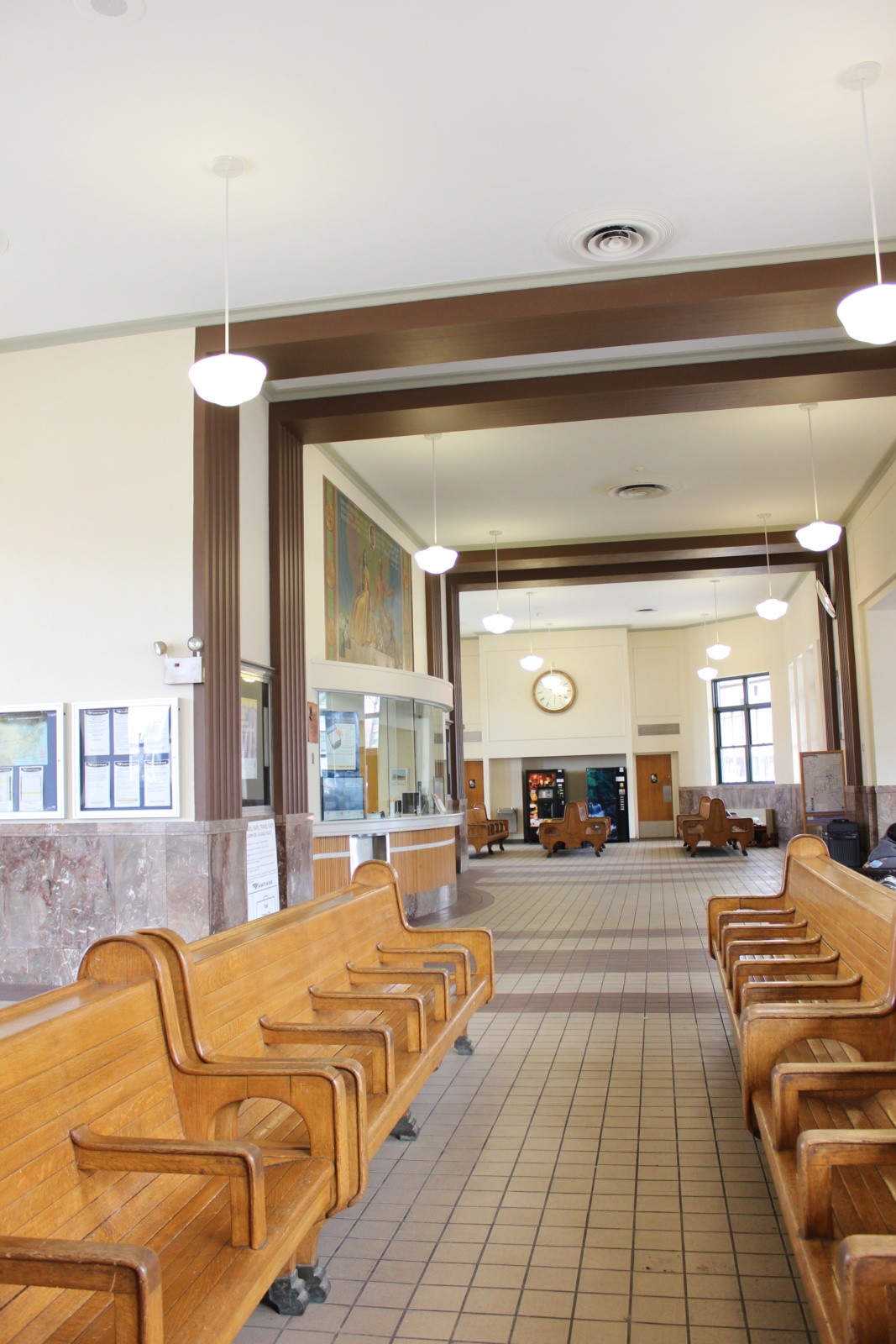 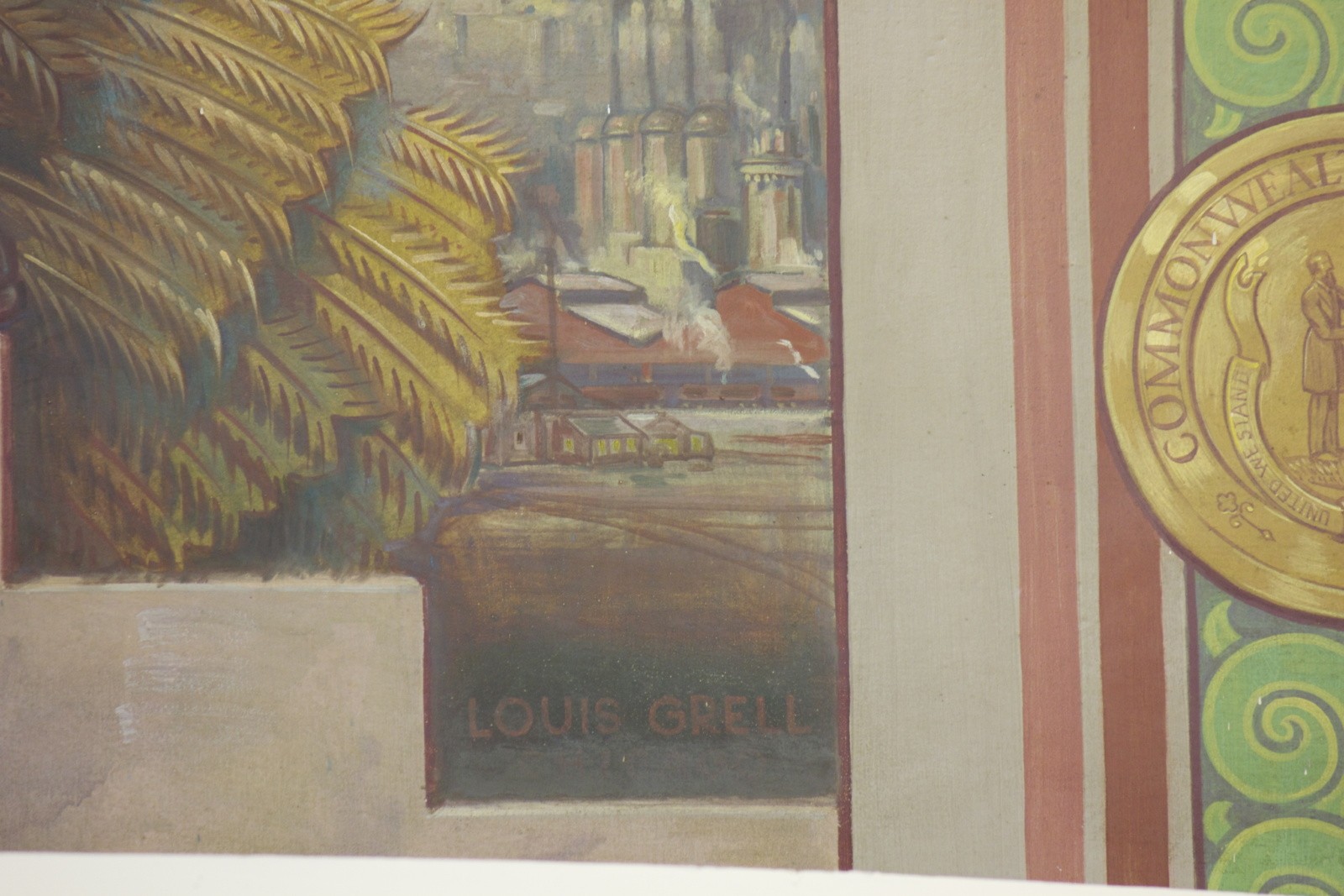 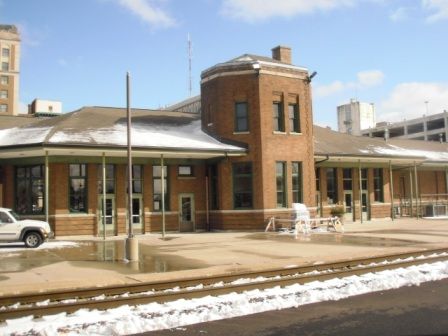 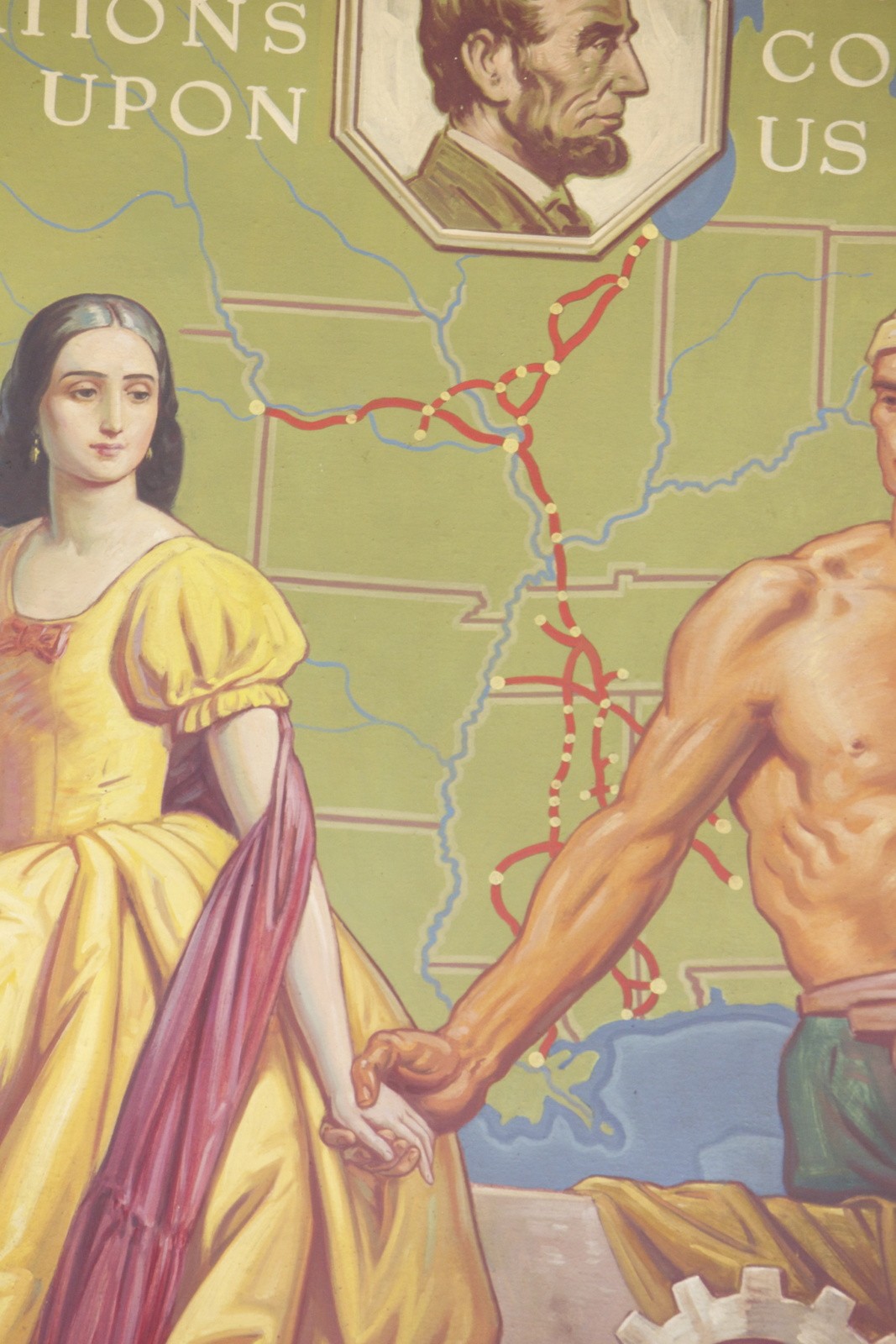 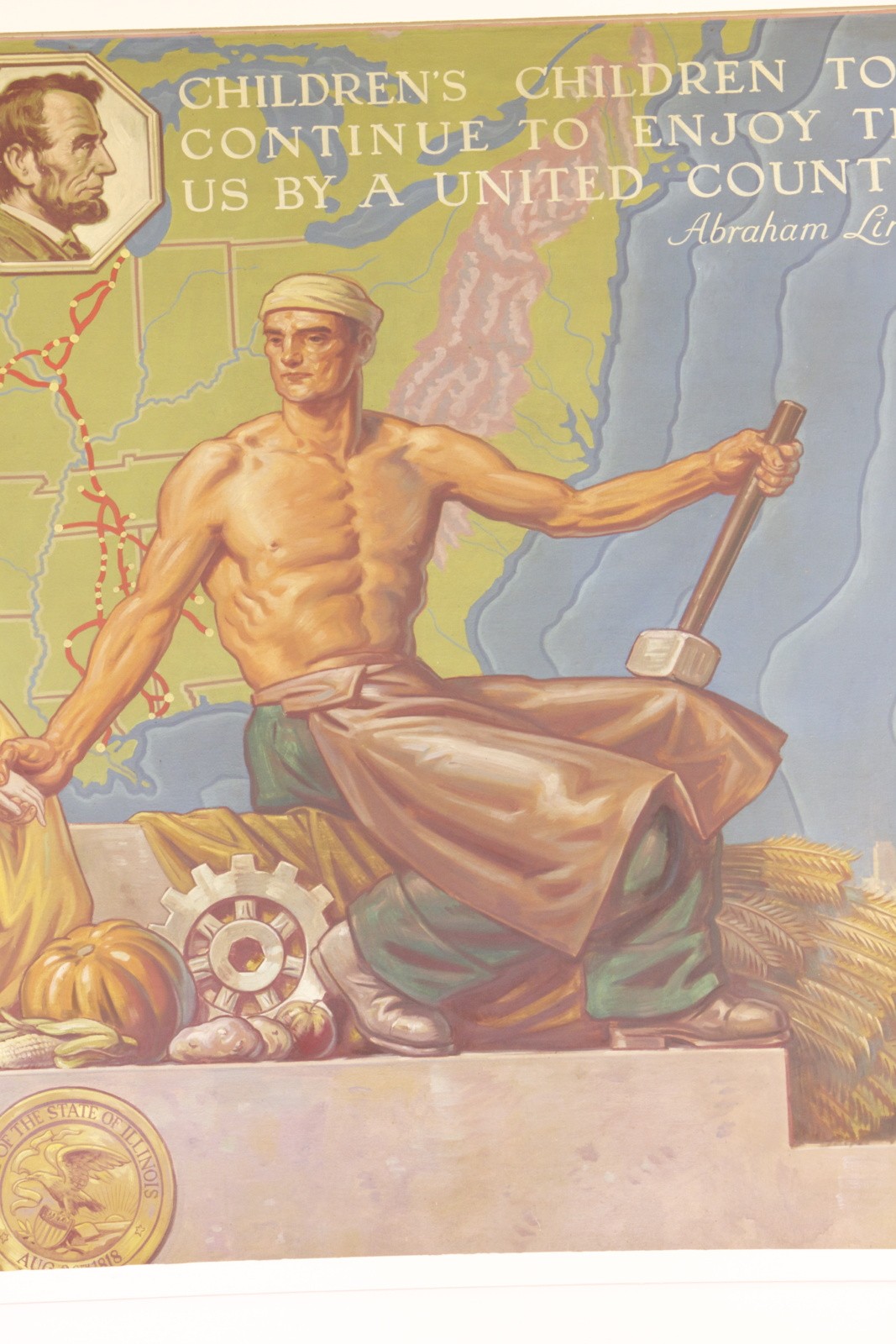 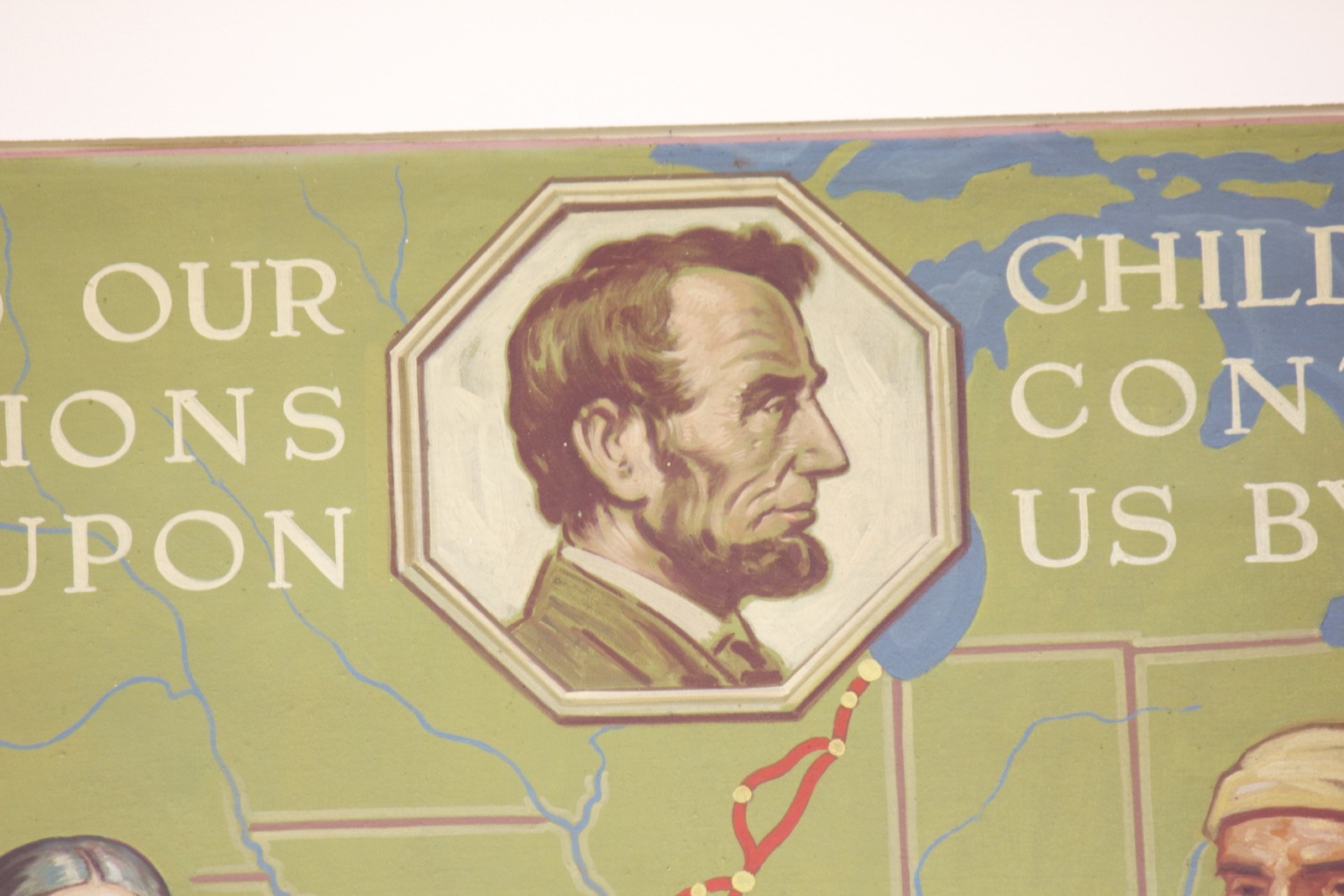 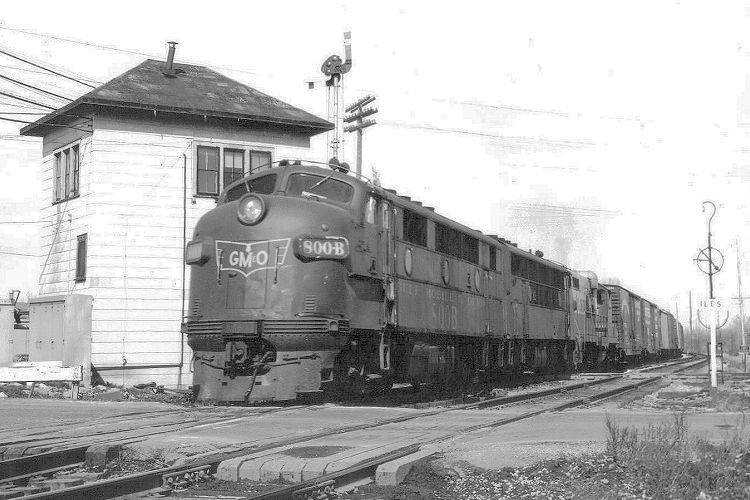 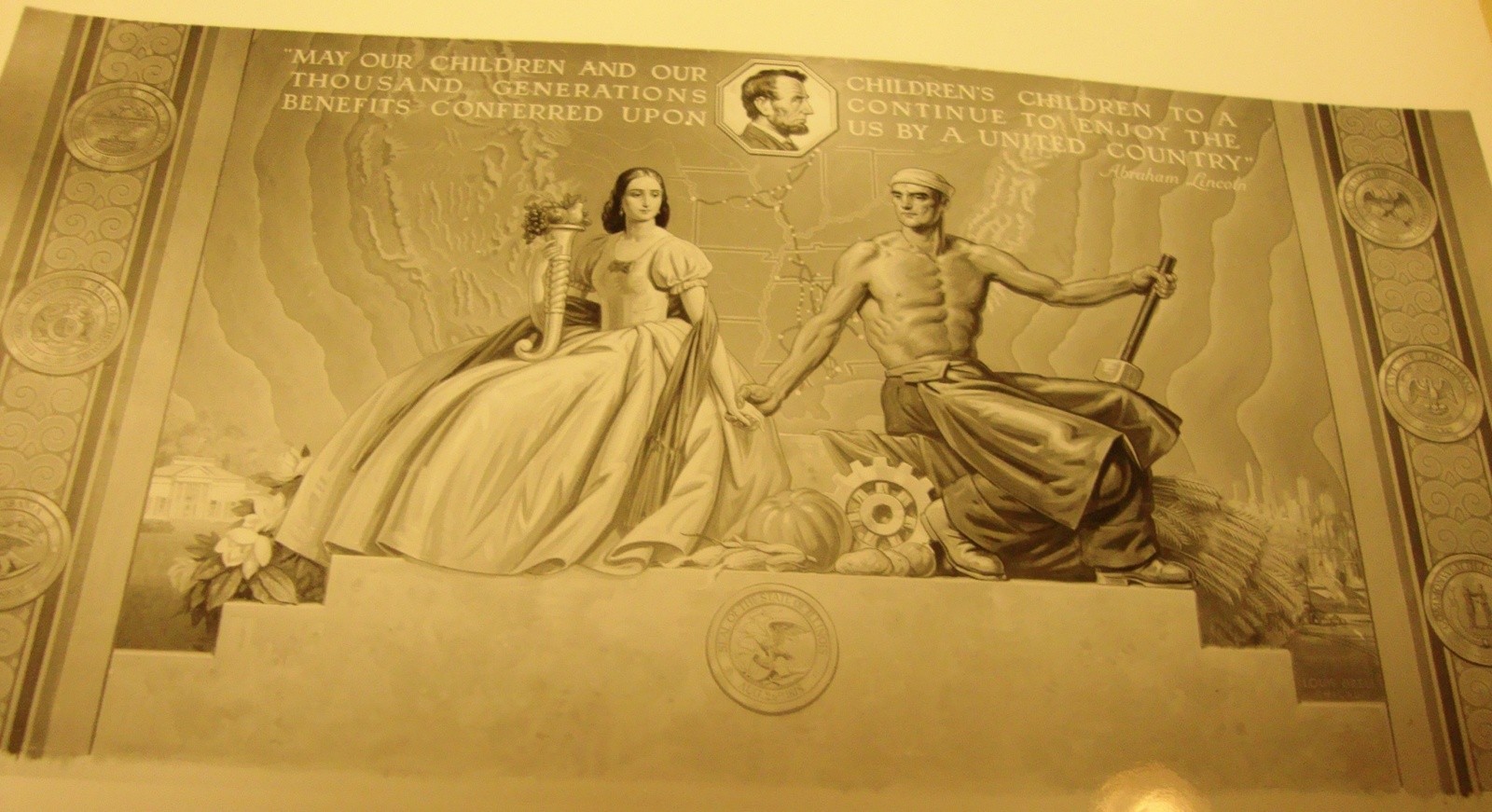 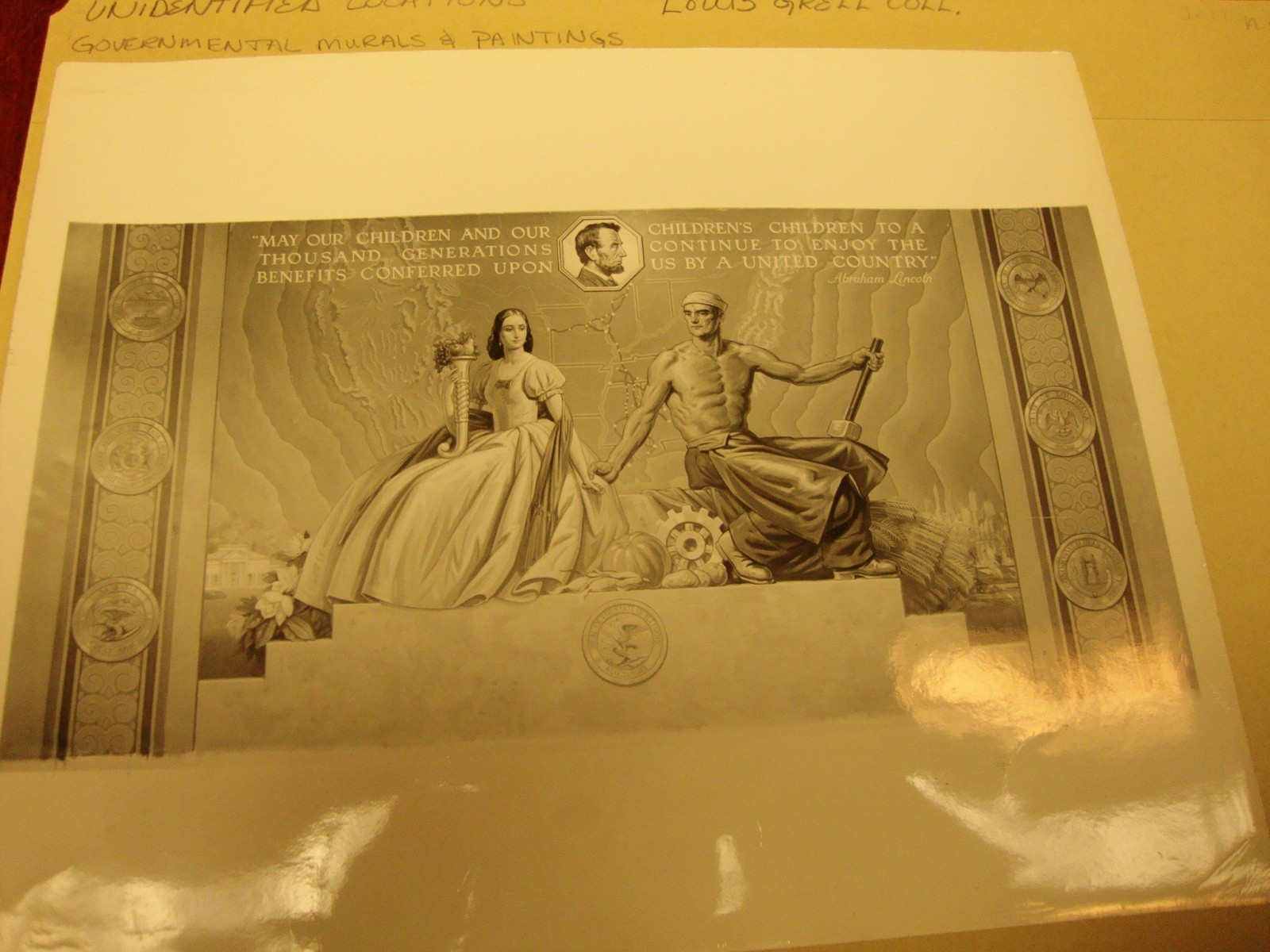 Louis Grell was commisioned by the Gulf, Mobile and Ohio Railroad Company to paint a large allegorical mural for the train station in Springfield, IL ca 1938. The mural depicts a seated lady liberty holding the “Horn of Plenty” in one arm and the hand of a iron worker in the other. A quote by Abraham Lincoln and seals of the seven States served by the rail line are also depicted, surrounded by famous Illinois landscape scenes.

The Gulf, Mobile & Ohio Railroad system was formed in 1938 and was successful until a 1972 merger with the Illinois Central Railroad and later Amtrak would eventually take over service and still operates it today.