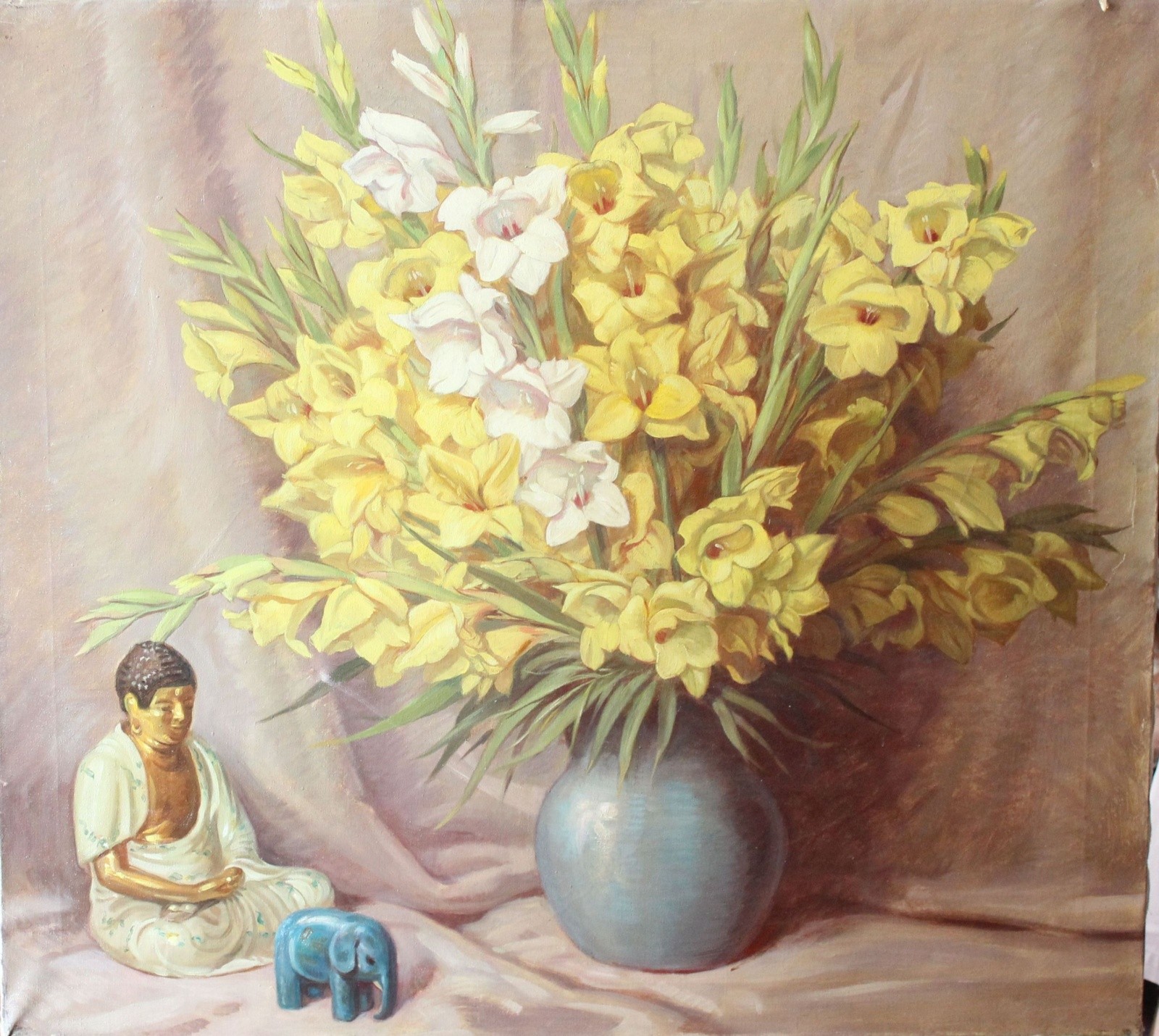 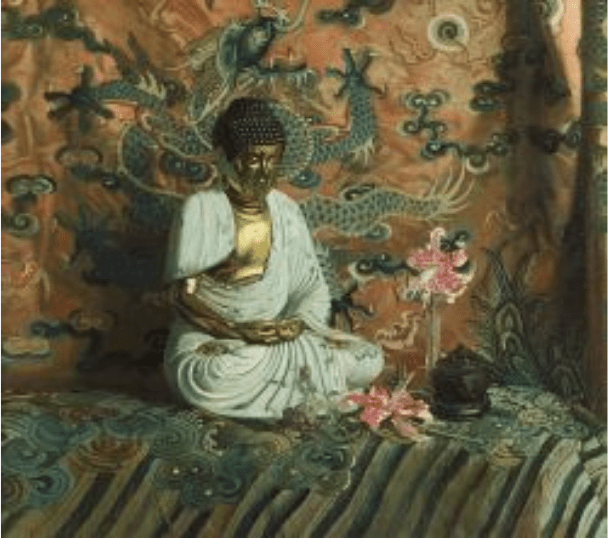 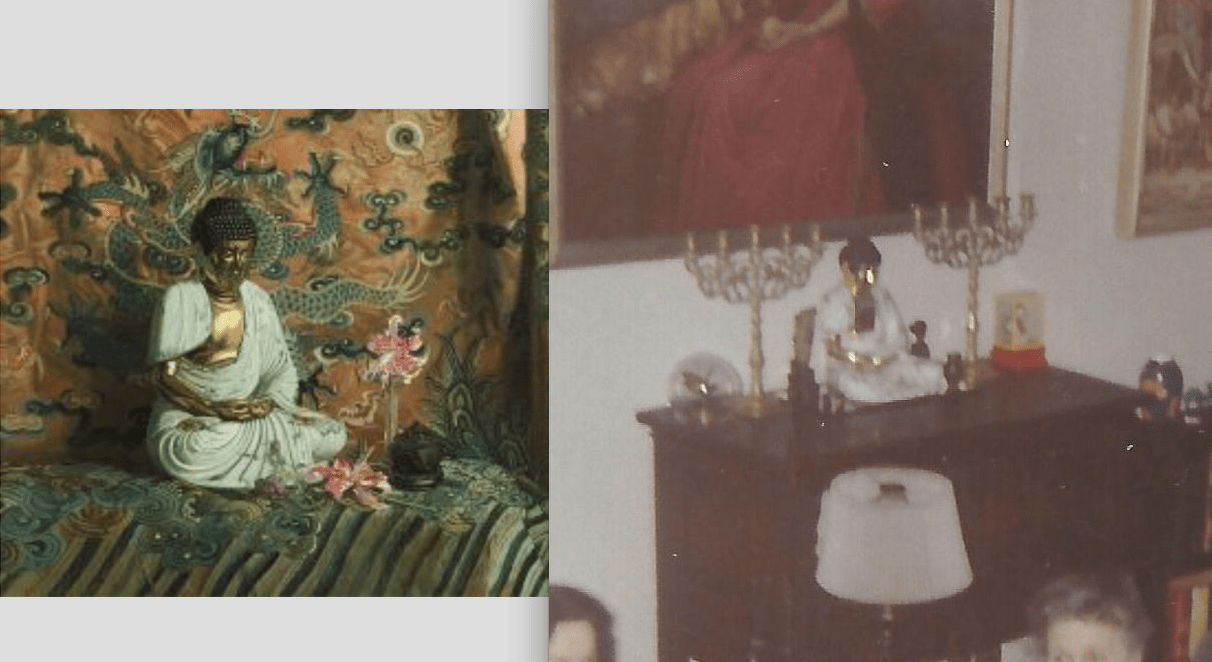 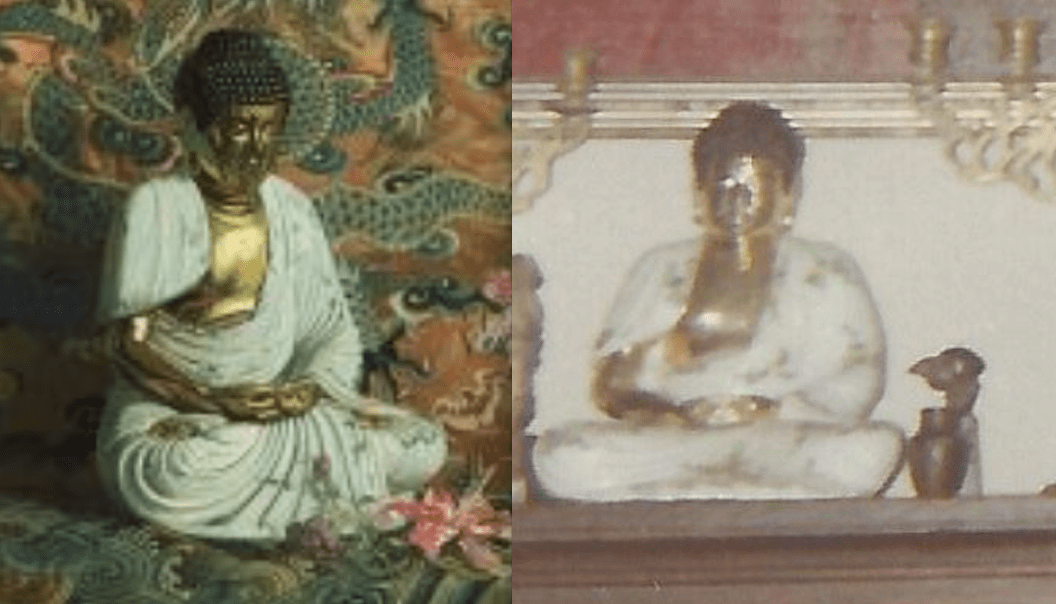 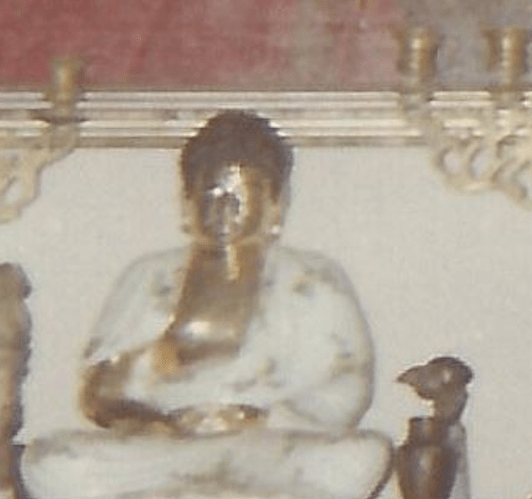 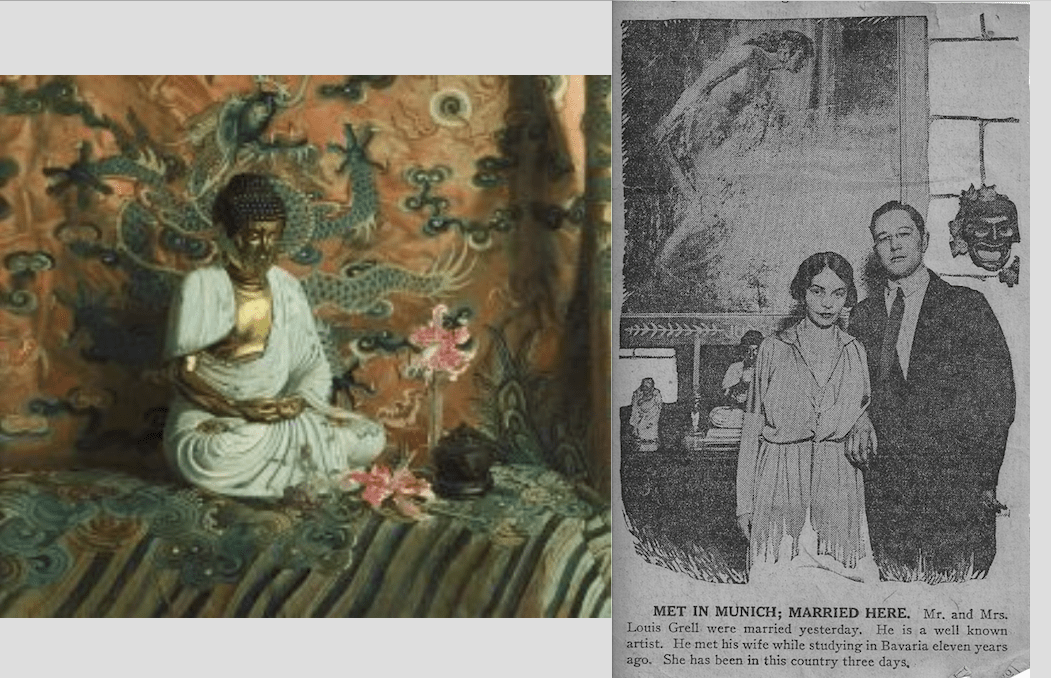 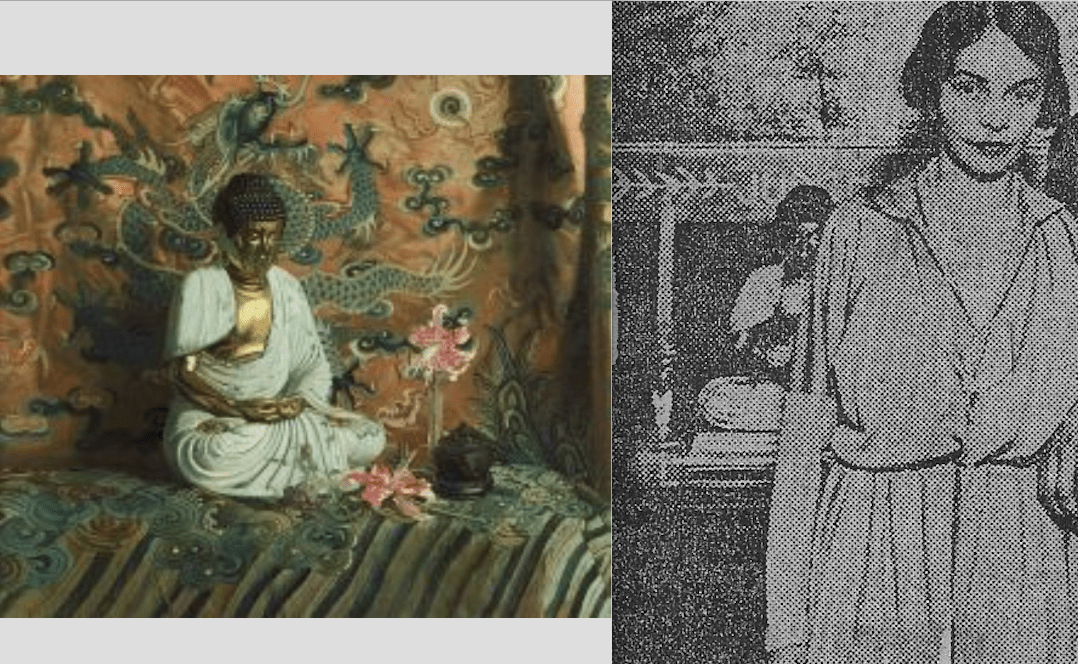 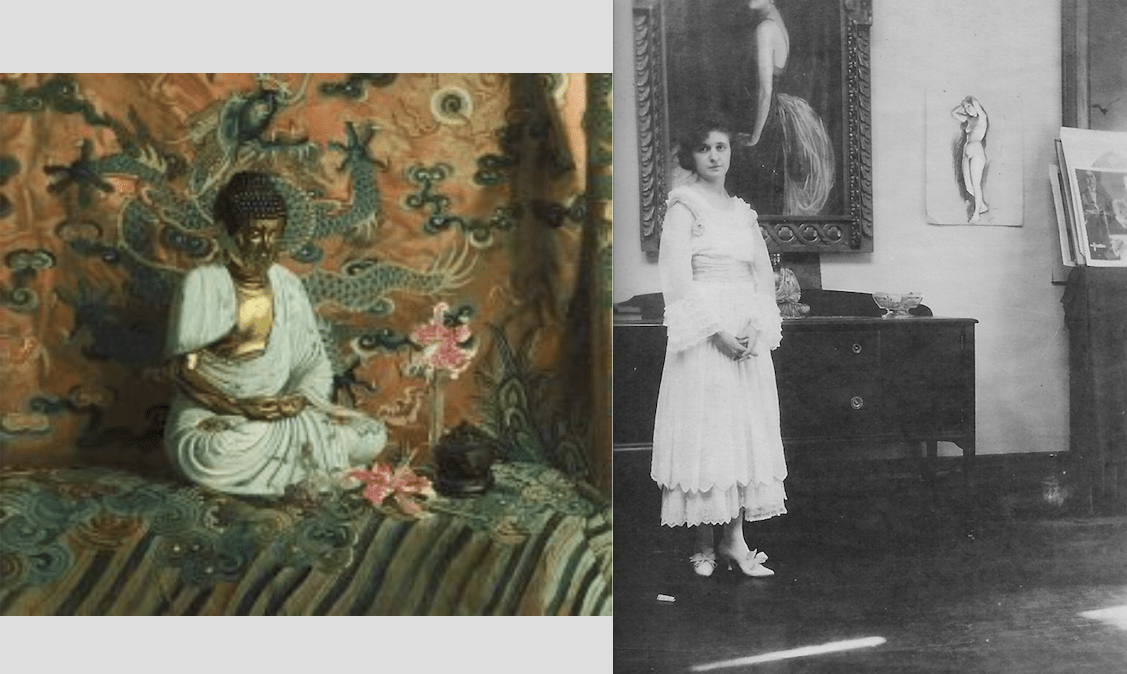 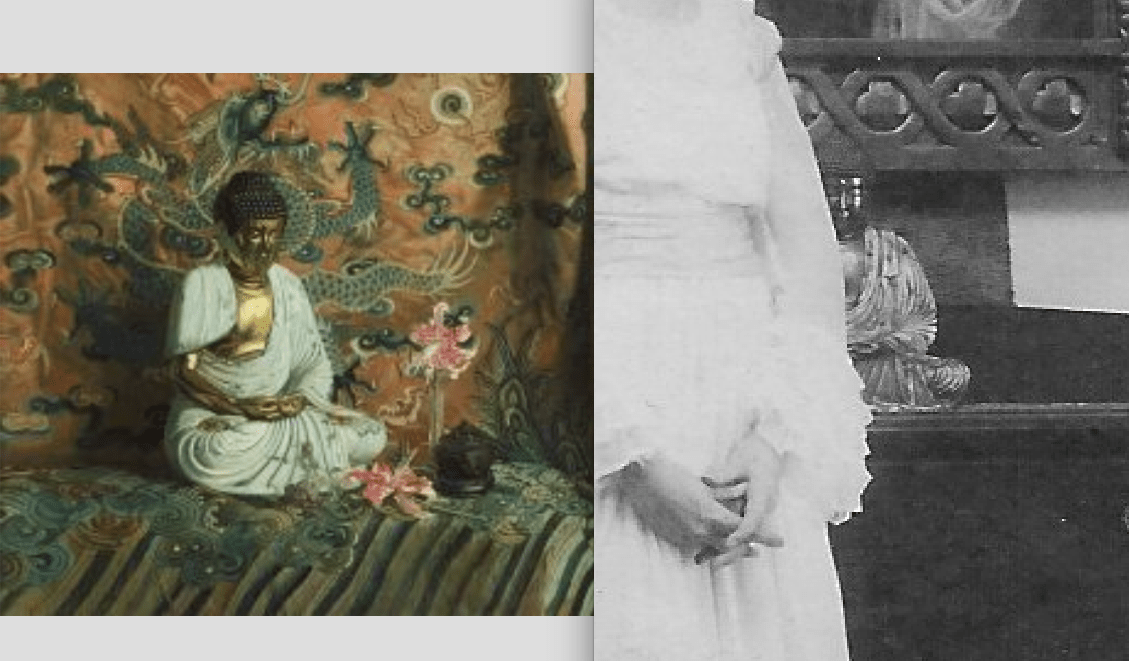 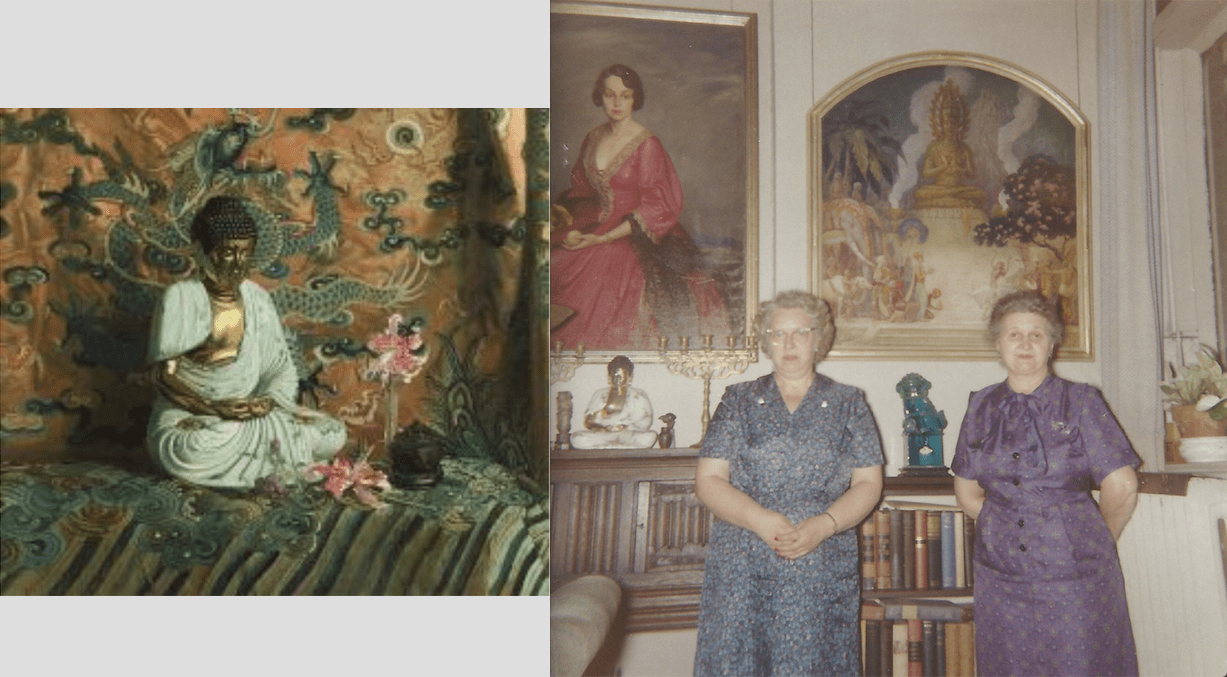 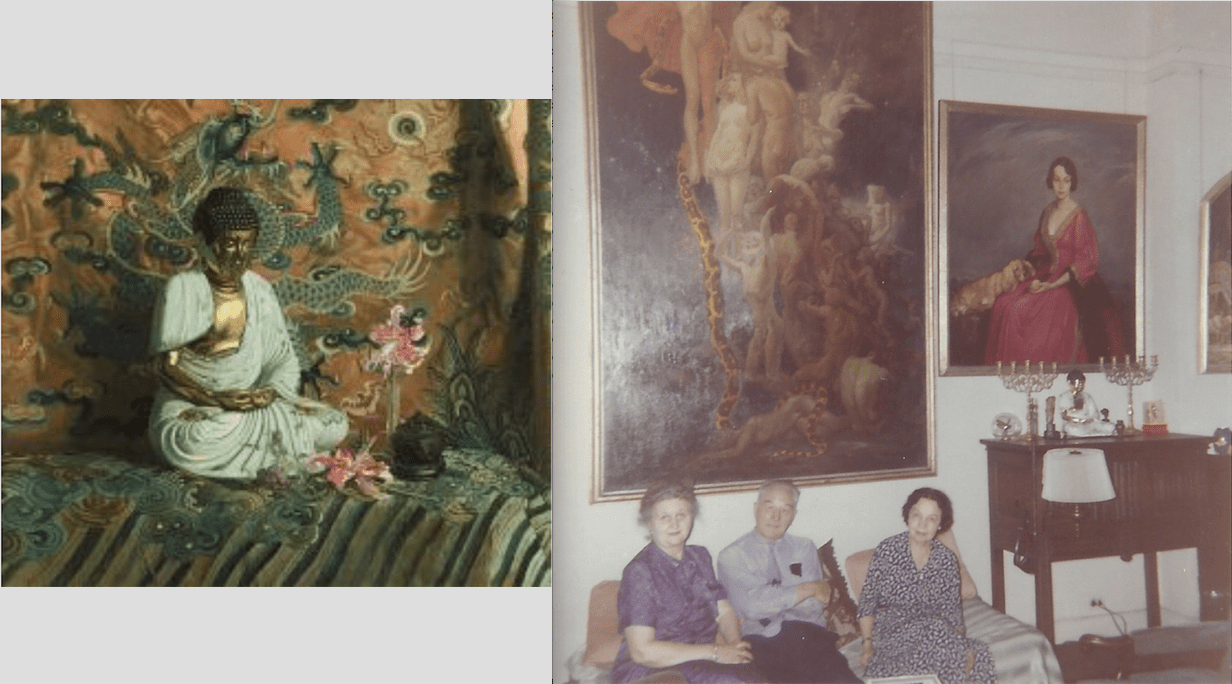 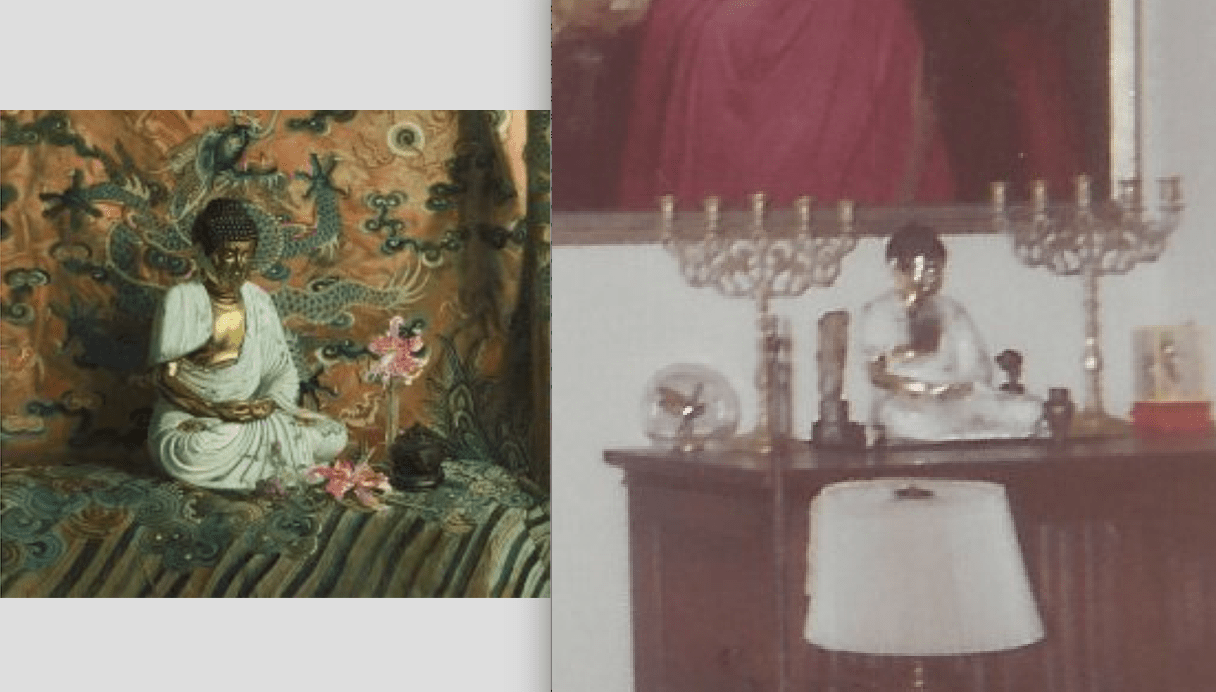 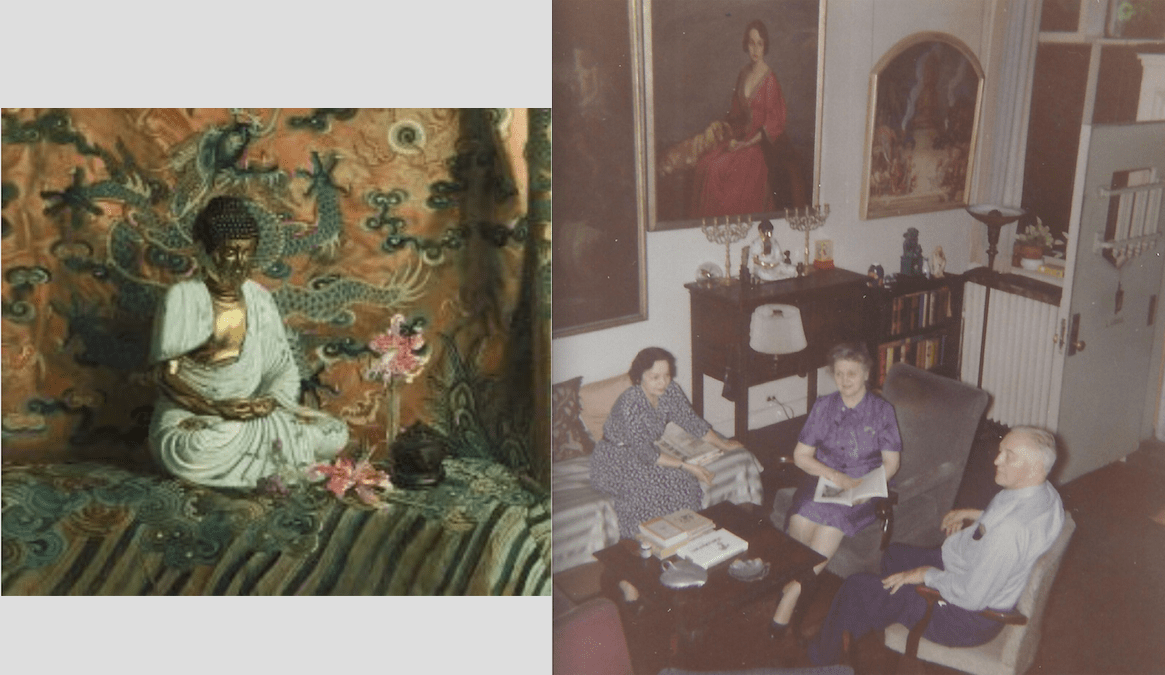 The small Golden Buddha statute can be seen in Grell’s studio as early as 1917 in family pictures and likely brought to America from Europe by Grell and remained a centerpiece in his various studios until long after his death in 1960.  It is possible that Grell sculpted the statute.  Both Grell and fellow artist Julius Moessel (1871-1957) used the statute in still life paintings.  The statute ended up with Ruth Thomys (good friends of Grell’s wife Friedl) in Santa Fe and was gifted to a friend of hers around 2005.