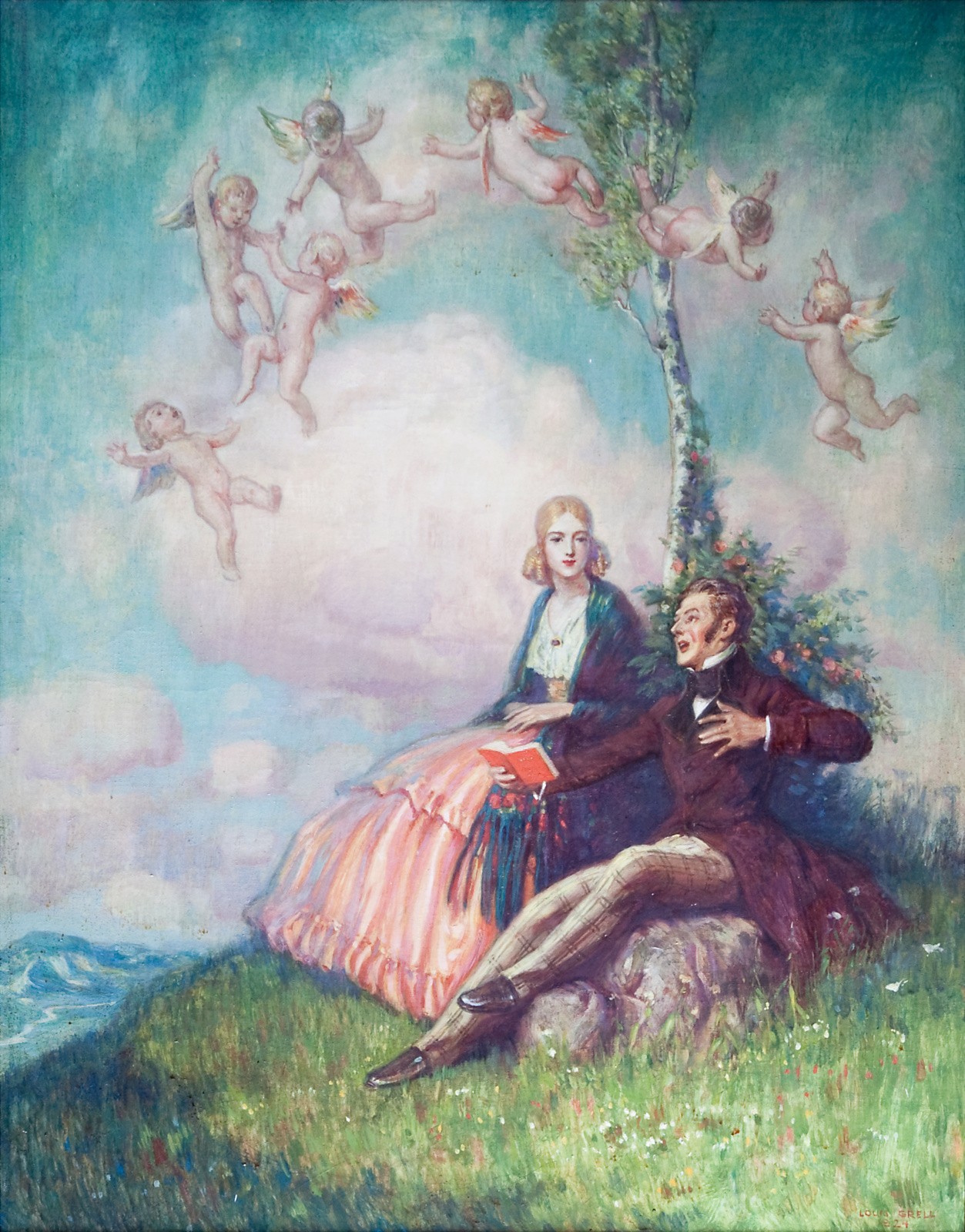 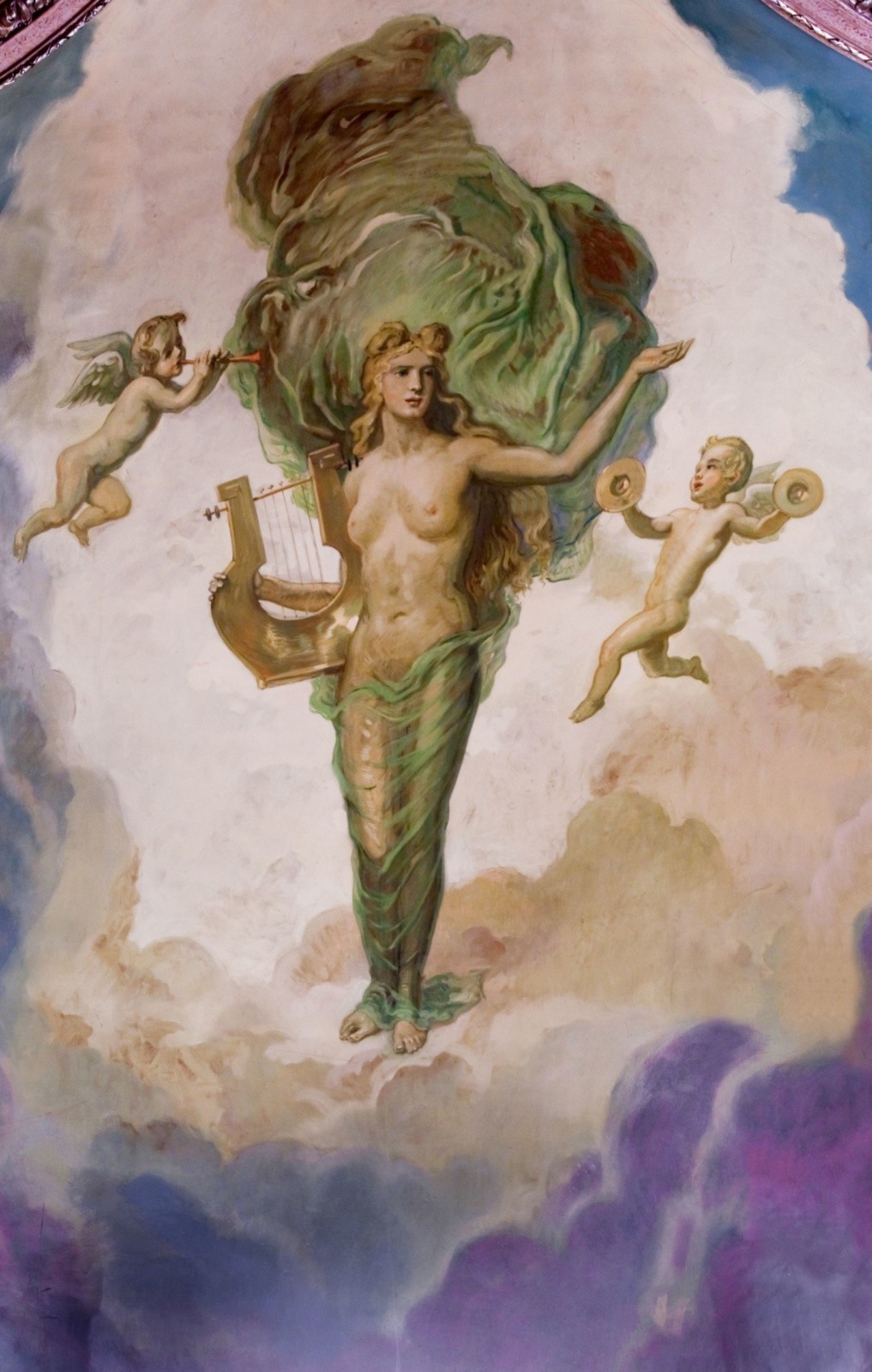 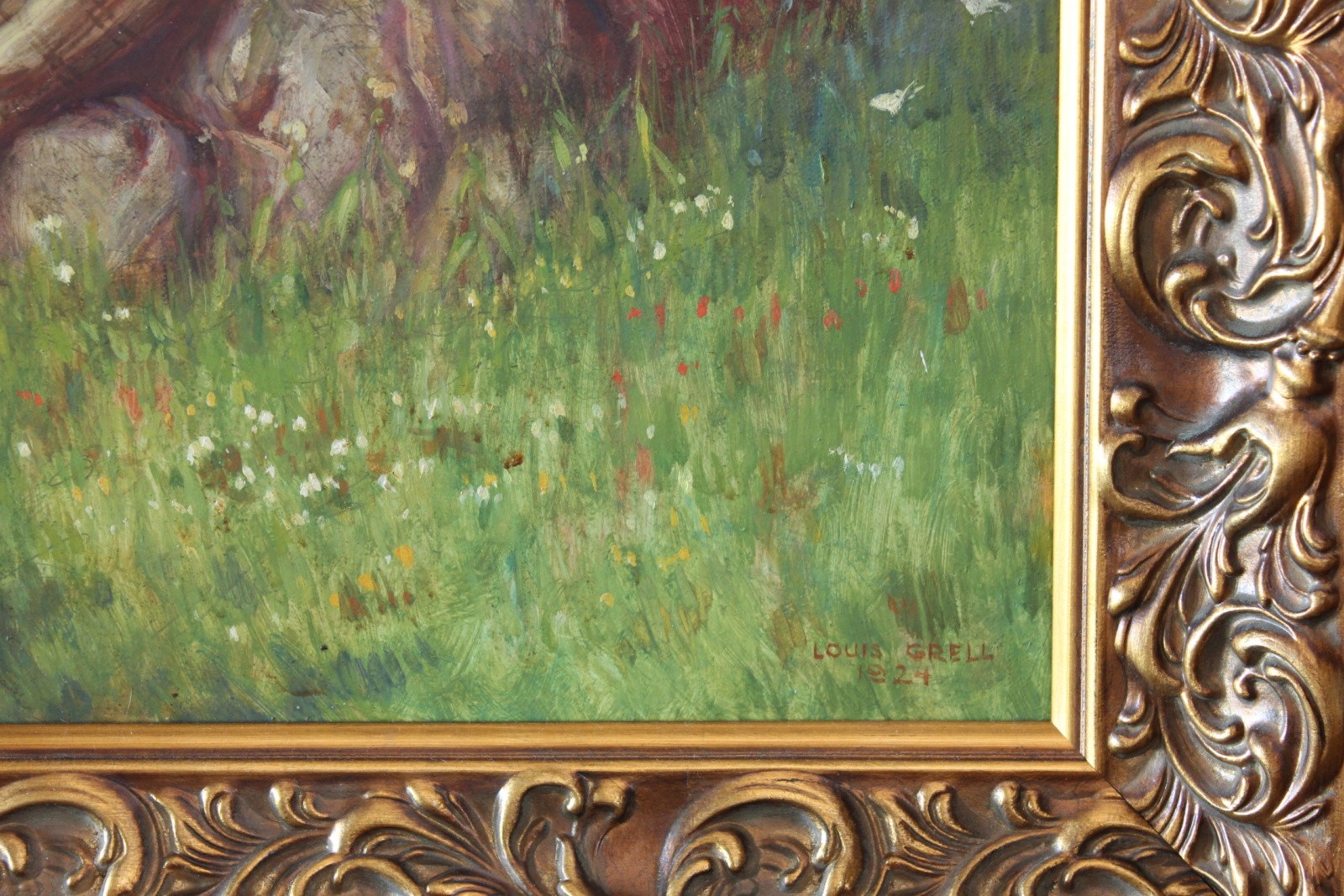 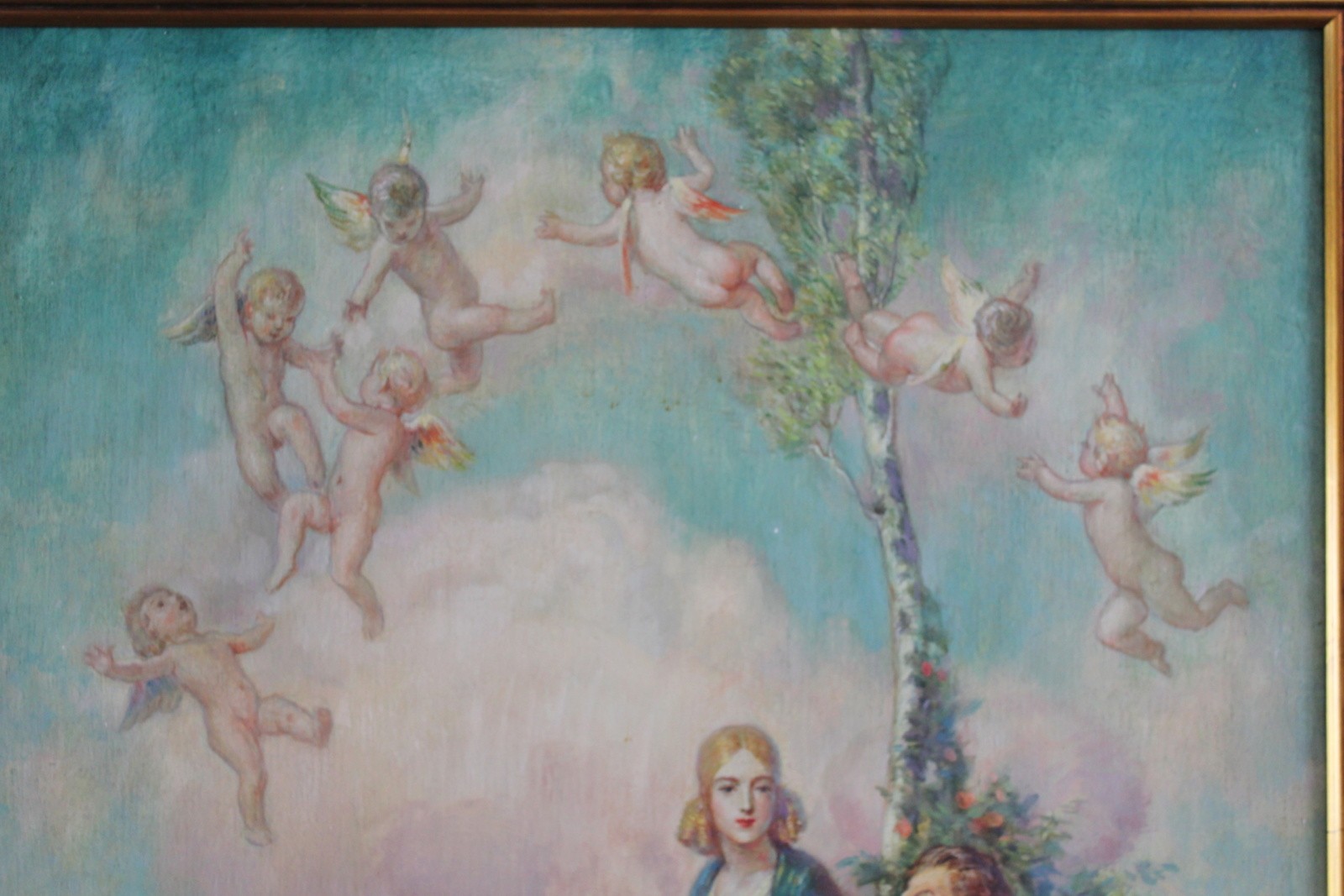 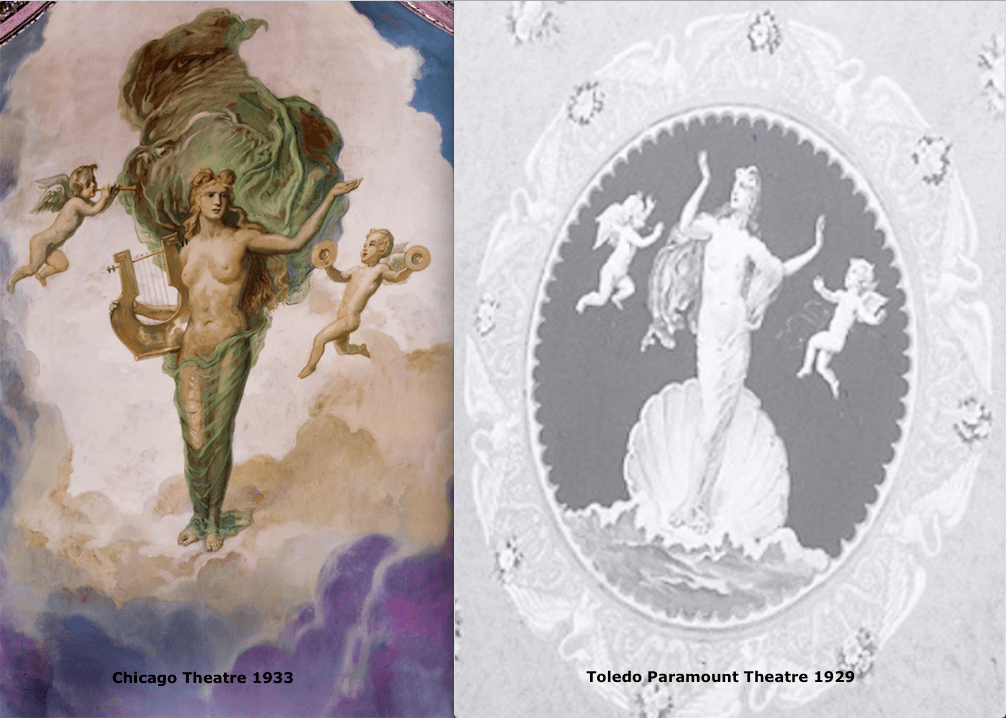 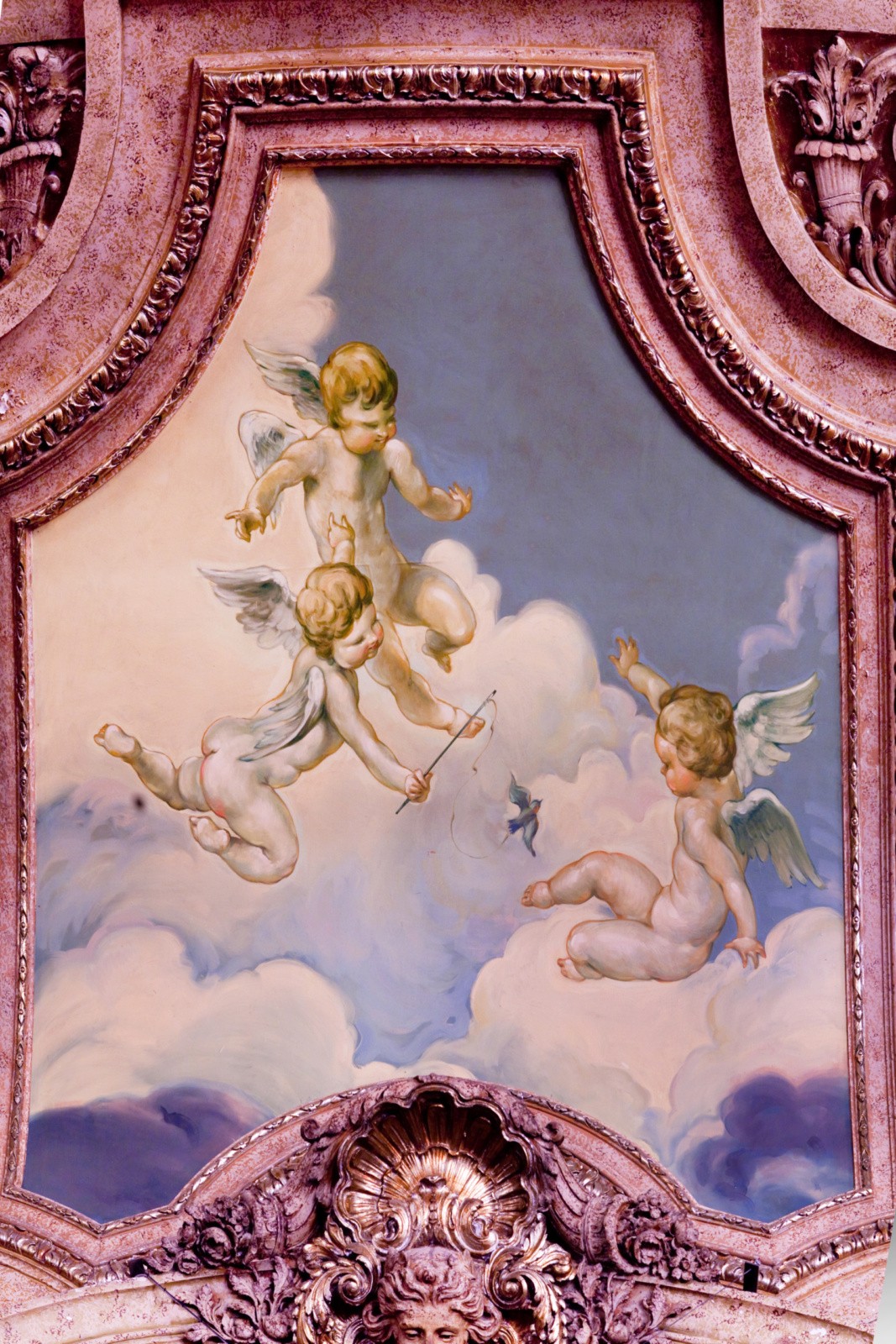 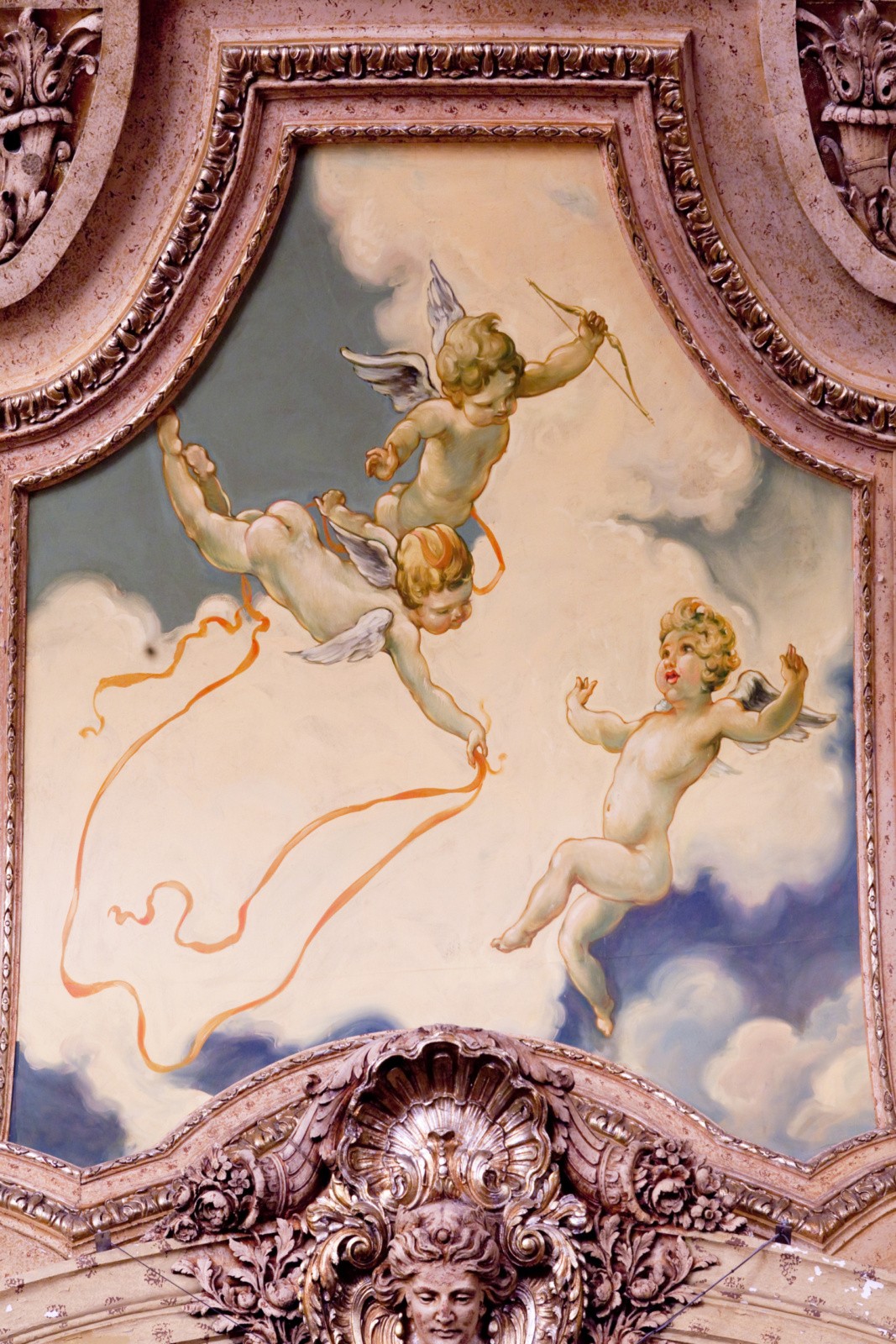 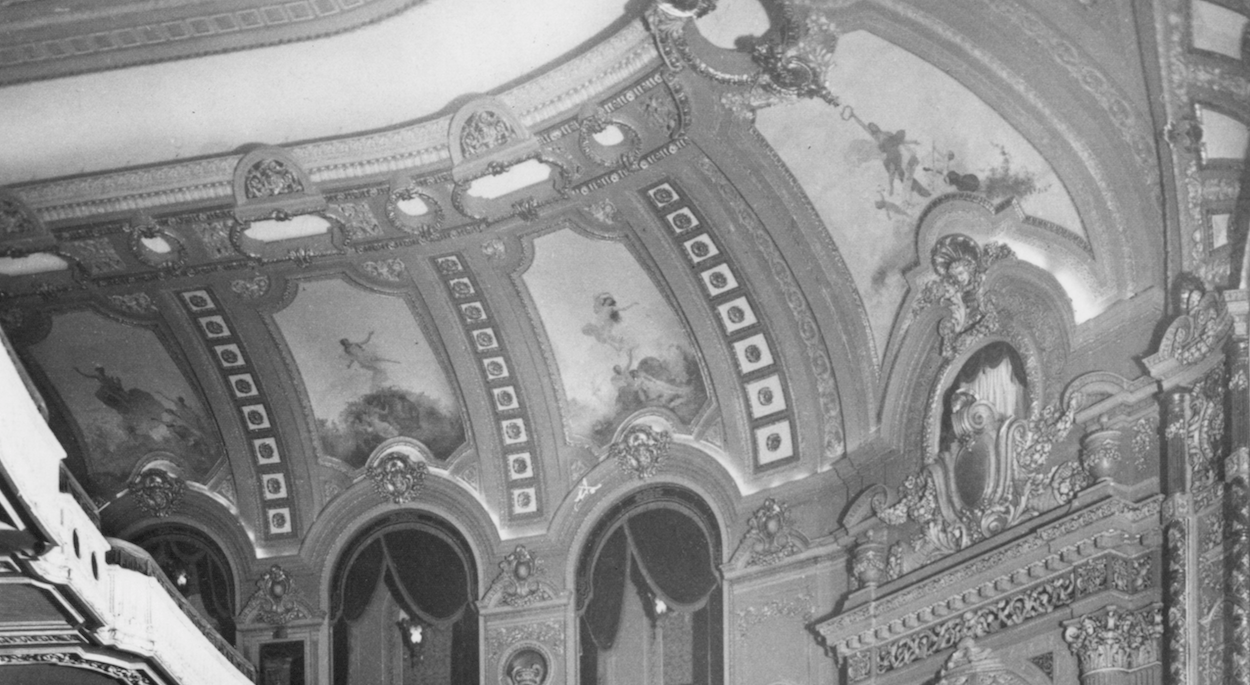 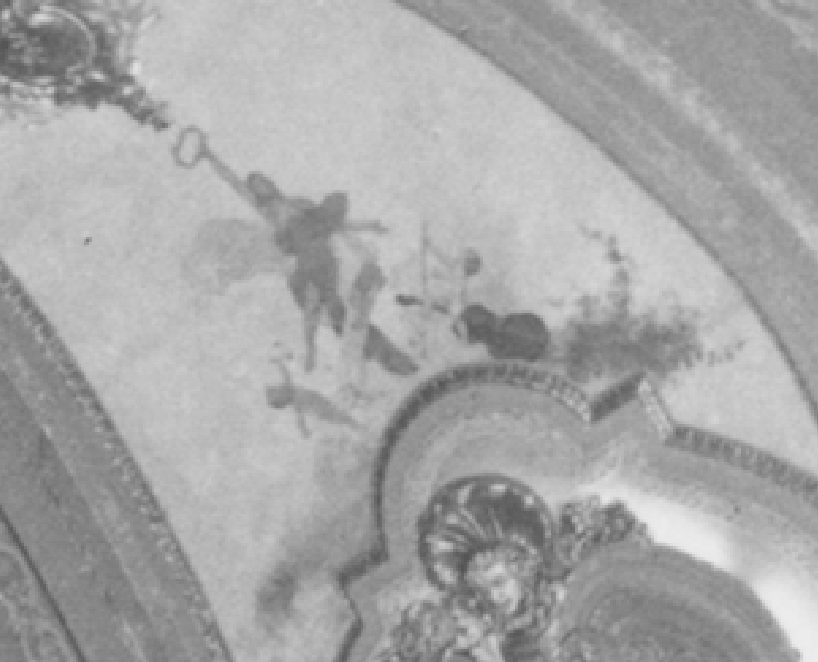 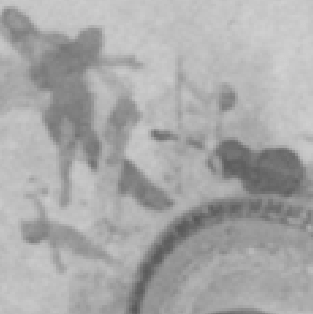 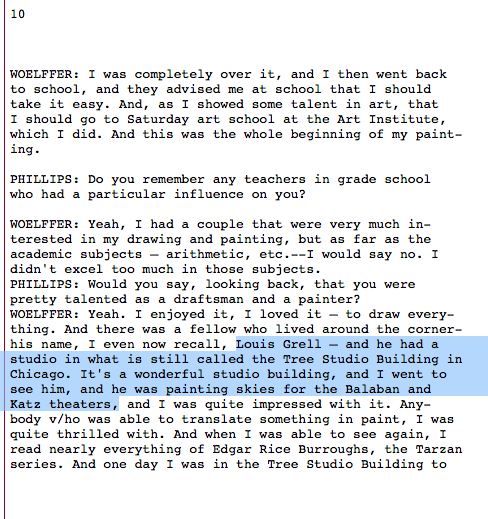 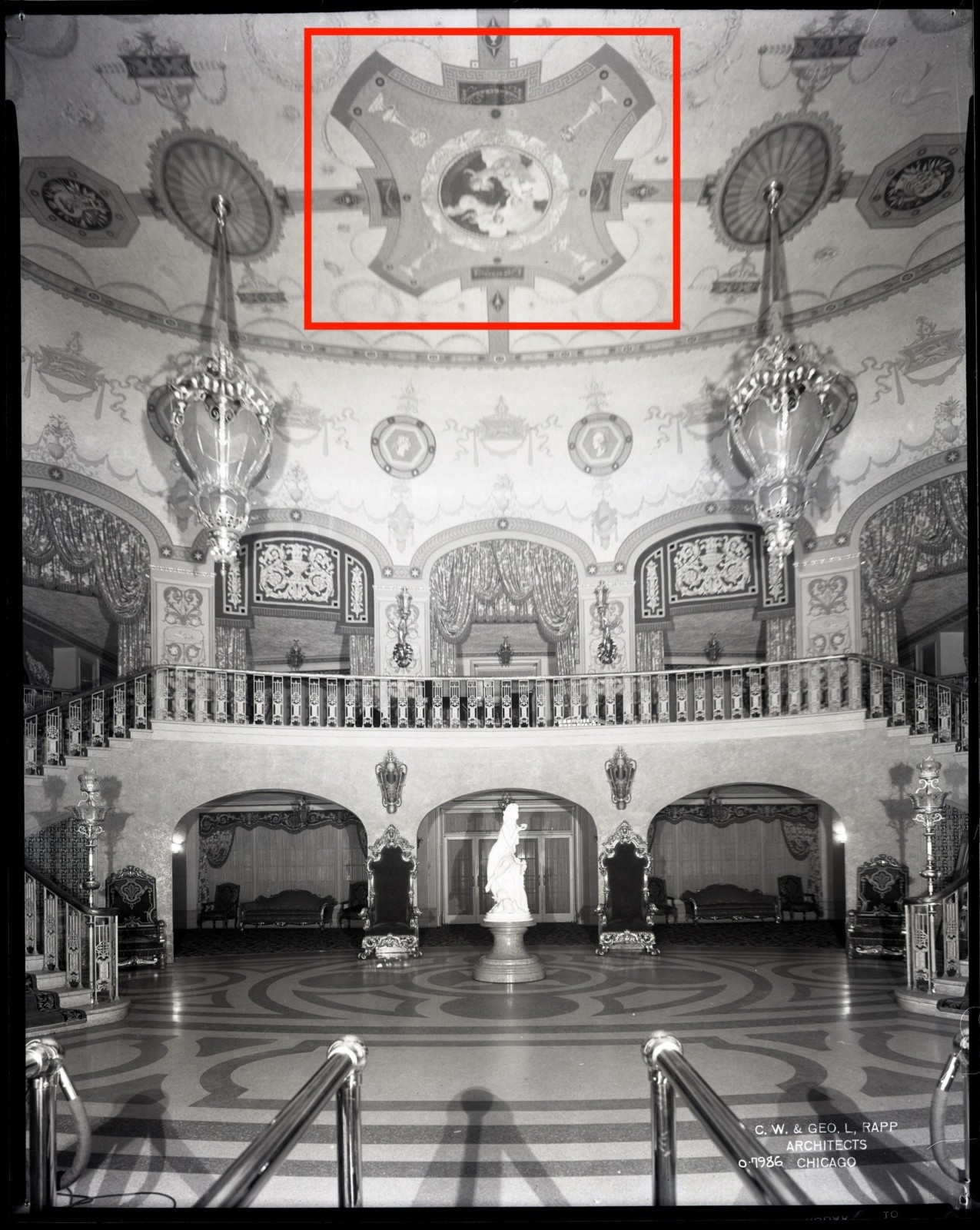 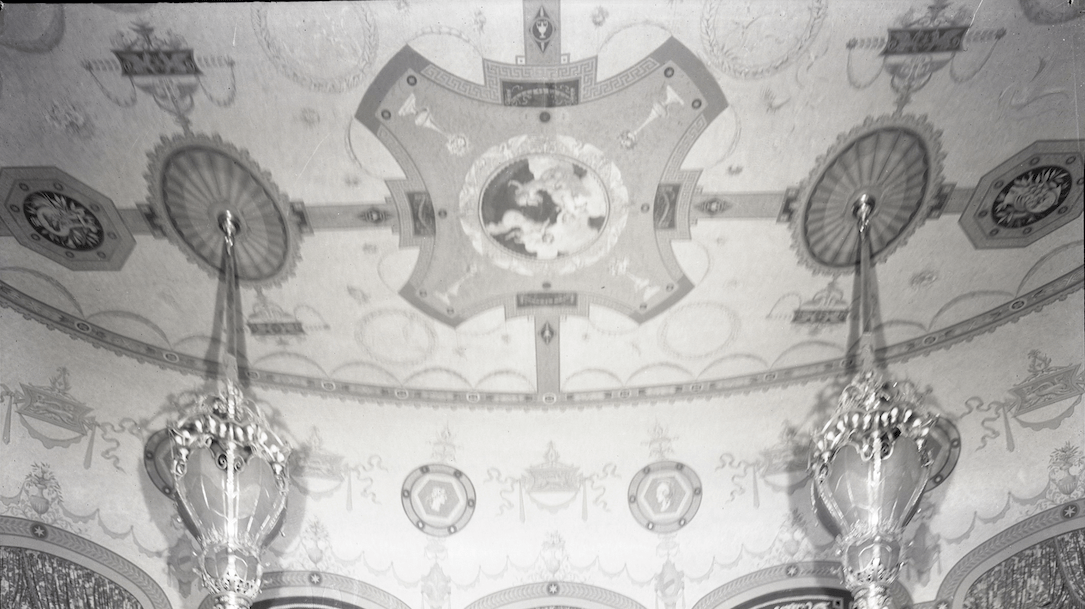 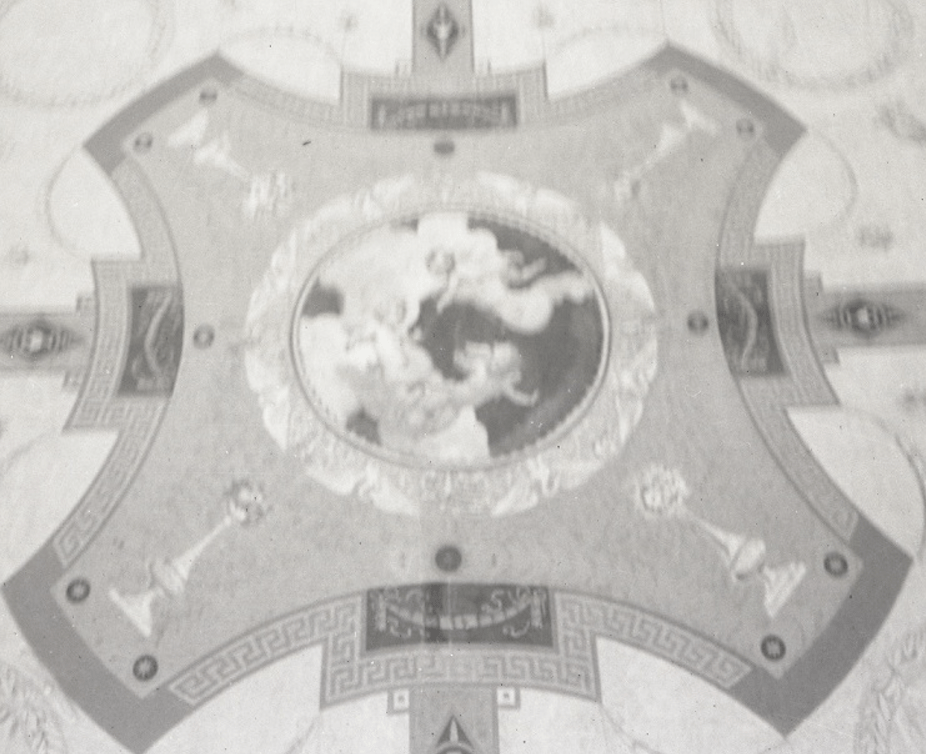 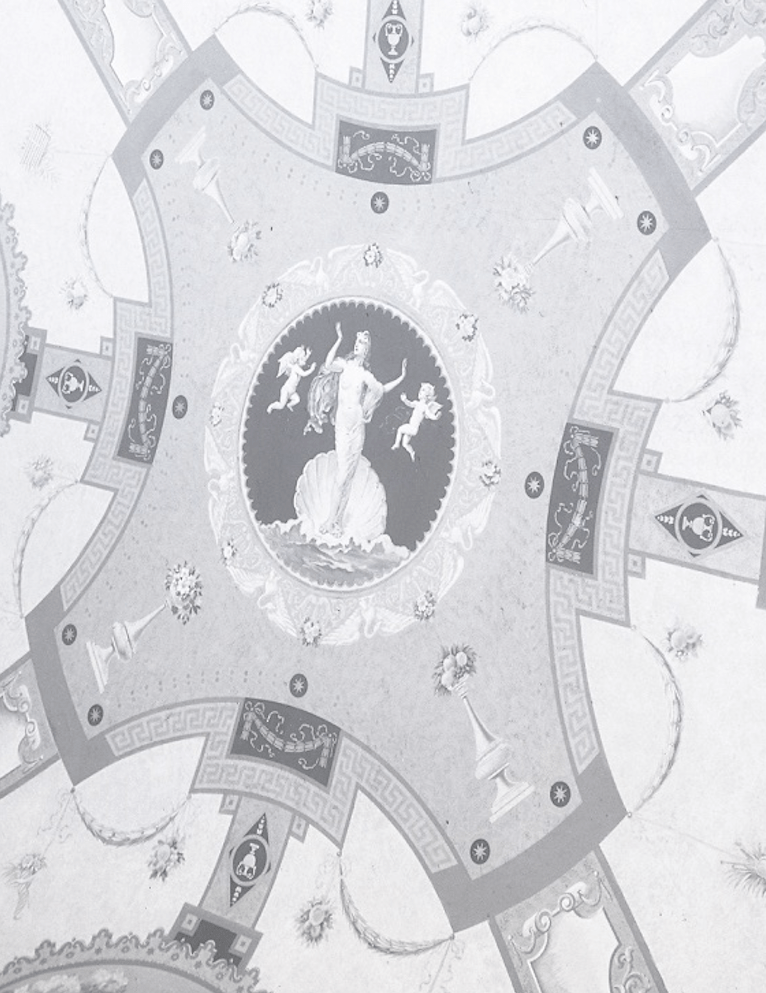 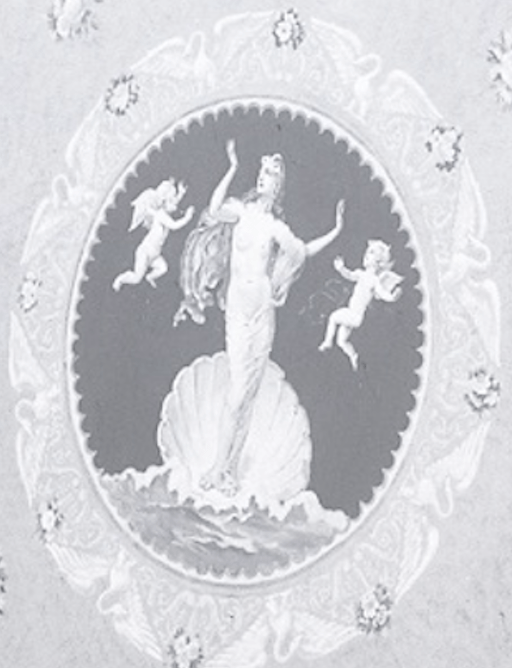 This presentation represents much of Grell’s theatre work during the 1920’s and early 1930’s.  Composed with a gasp of Rococo as the actor sways his arm about beneath a cloud of floating cherubs moving in unison for love and poetry.

Cupid and the cherubs are prominent in the Chicago Theatre today from his 1933 redecoration for the Chicago Worlds Fair: A Century of Progress.  Grell also utilized cherubs for the original 1921 Chicago Theatre murals.  The Toledo (OH) Paramount Theatre had two sections with cherub related murals; its large Rotunda featured a mural with two cherubs.

Pink clouds and distressed trees appear in many of Grell’s conceptions that seem to possess a special importance.

California artist Emerson Woelffer (1914-2003), during an 1977 interview conducted by UCLA, recalls going to visit Grell in his art studio at the Tree Studios art colony building in Chicago and found him painting clouds for a Balaban & Katz theatre around 1929.