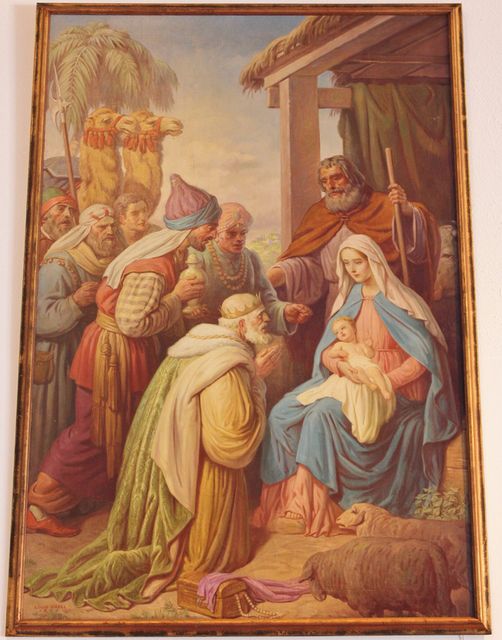 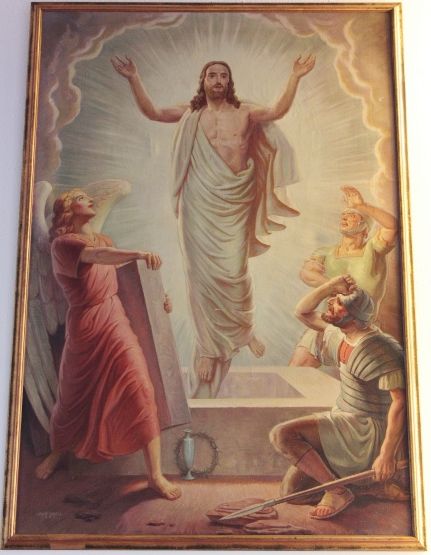 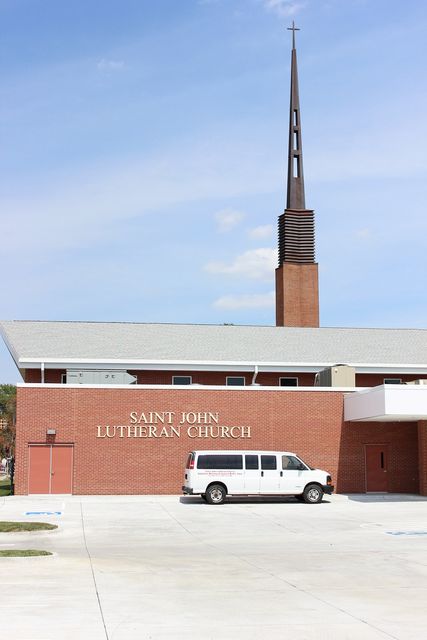 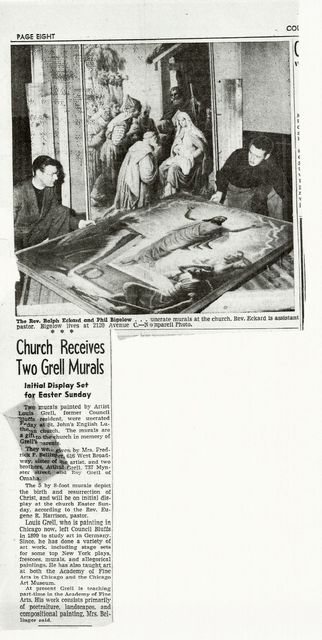 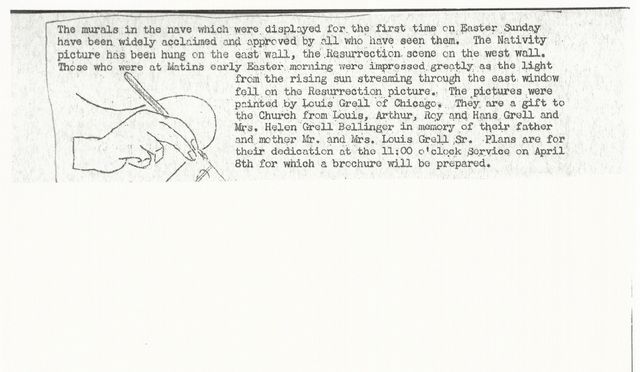 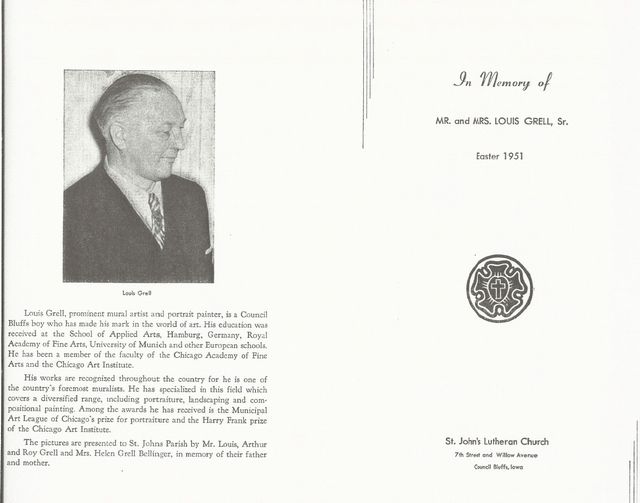 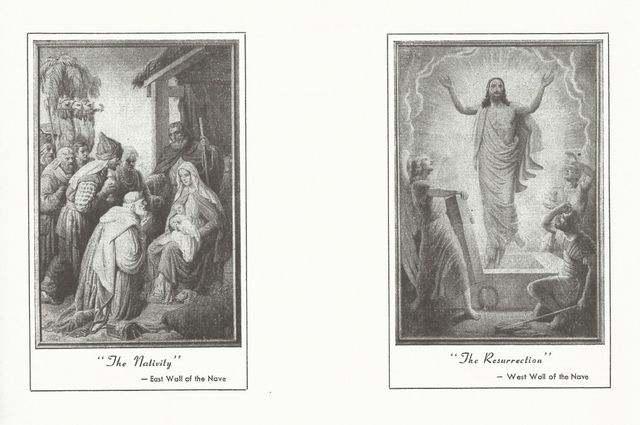 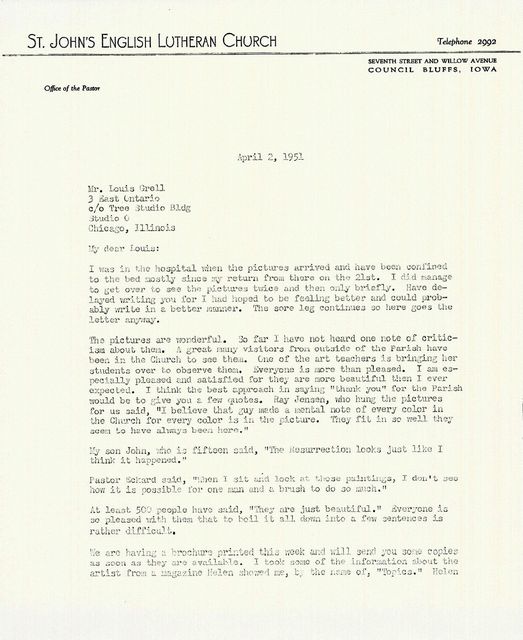 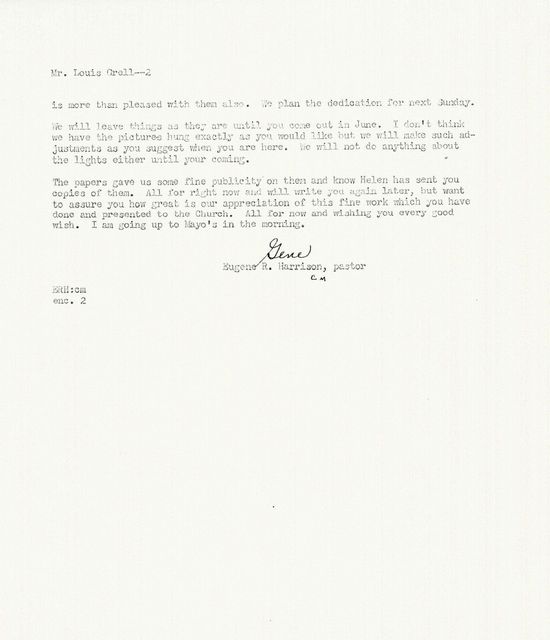 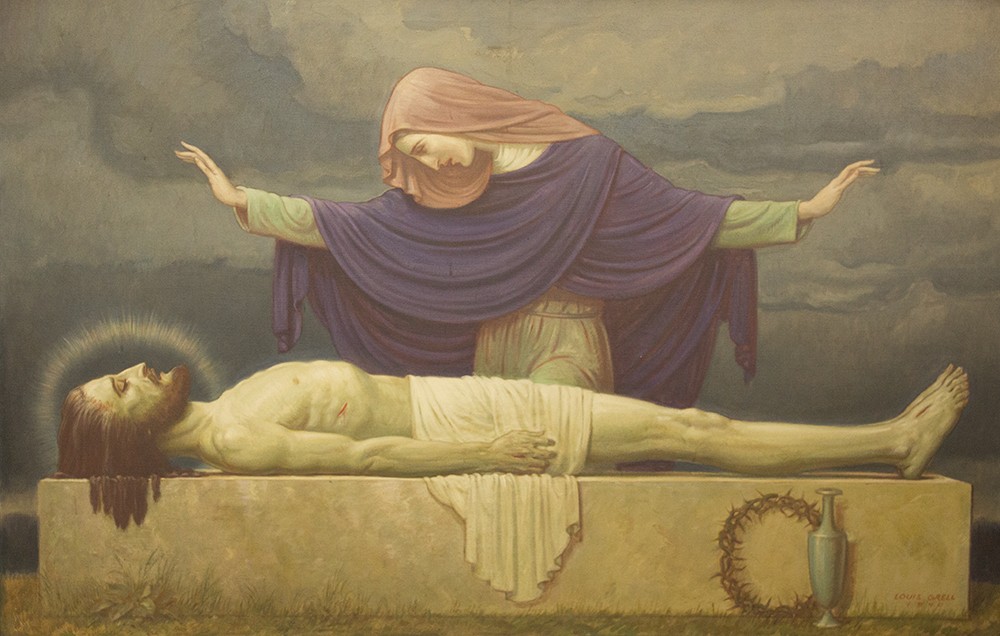 The Nativity and Resurrection scenes were designed and painted by Louie in November of 1949 and presented to St. Johns in March of 1951 as a remembrance to his parents who were avid church members. At the time Louie placed a value of $10,000 on the two large paintings. “Pieta”, which Louie exhibited at the Art Institute of Chicago in February of 1941, would be given to the church at a later time. It was also the last piece Louie would exhibit at the institute because he was focused on a full-time mural painting career. The murals were unveiled at Easter in 1951.

We want to extend our many thanks to the staff at St. John’s Lutheran Church who have over the decades cherished Louie’s gifts. Thank you so much to Pastor Jon Benson and Patricia Minchin and everyone at the church.