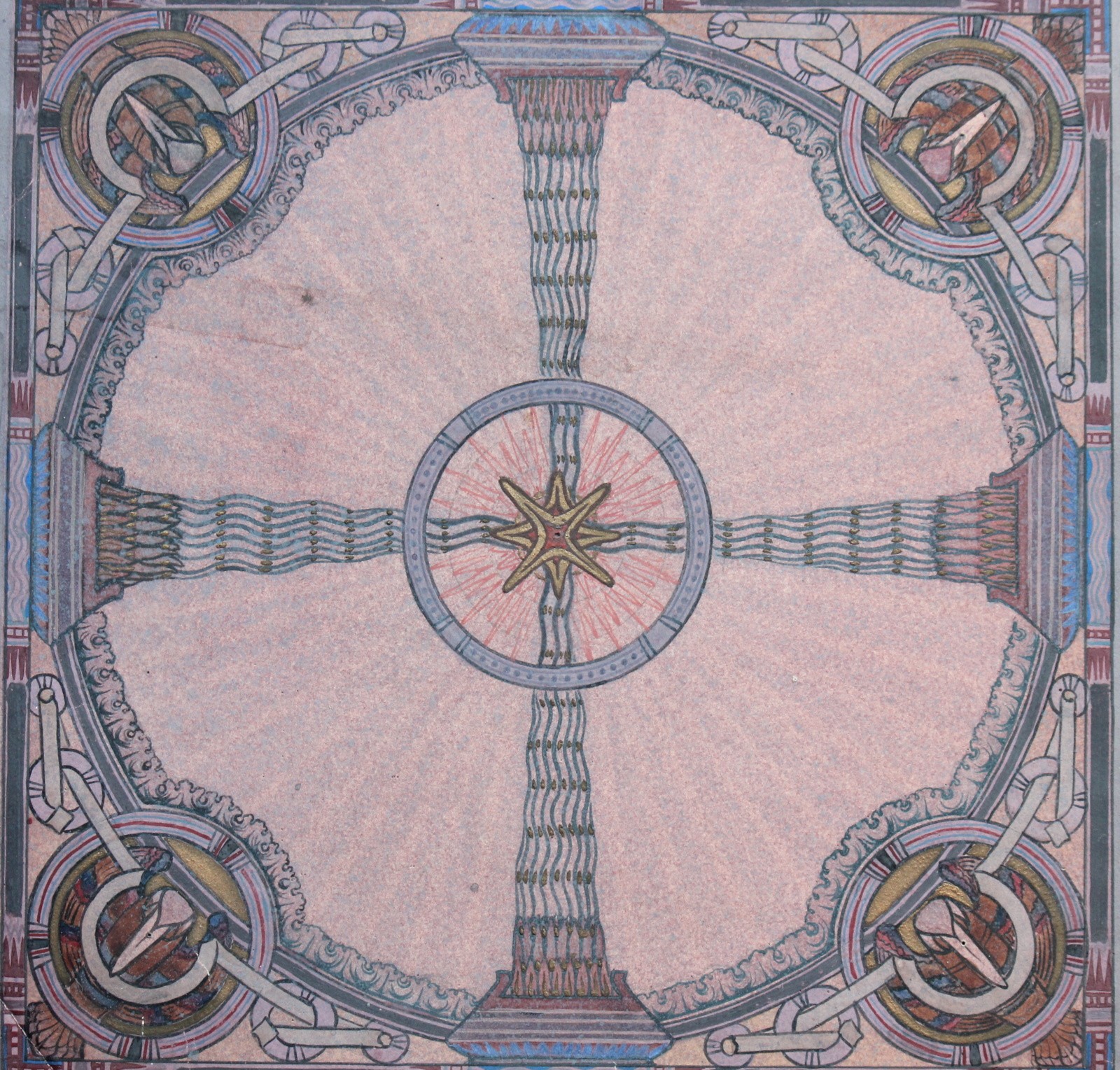 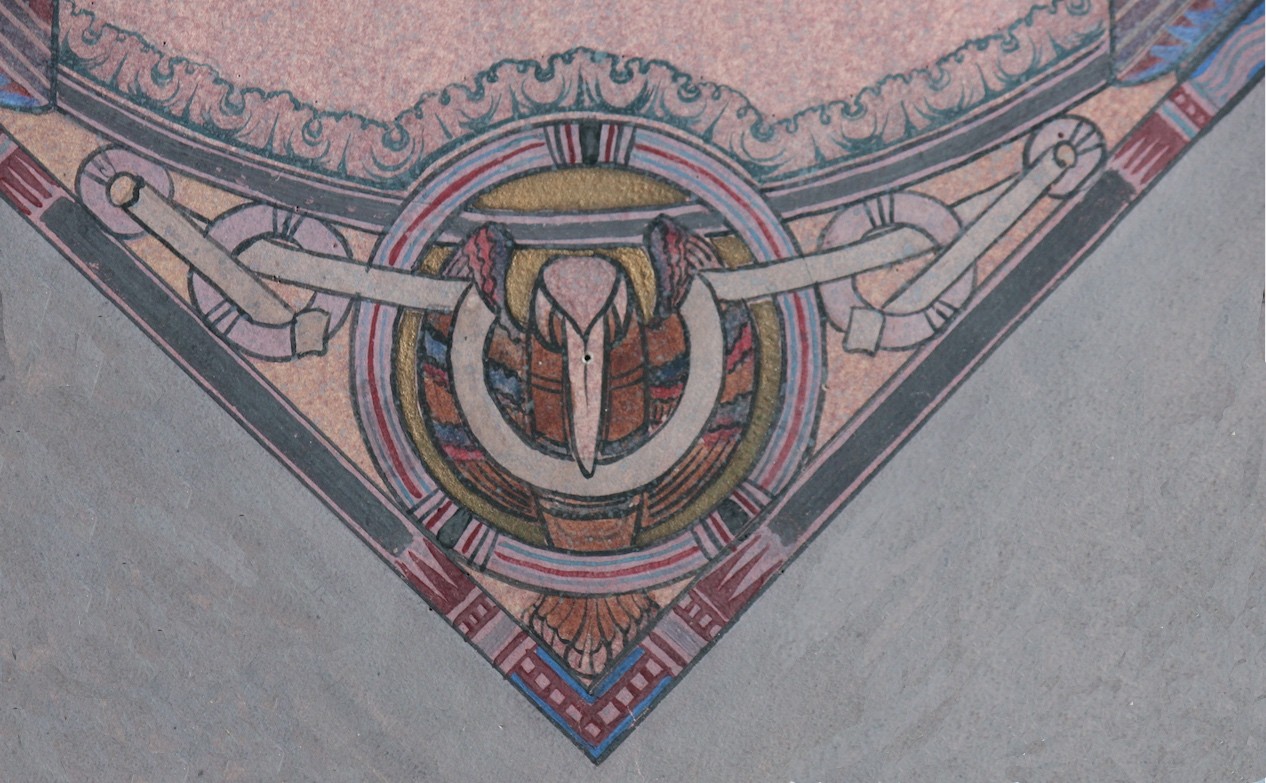 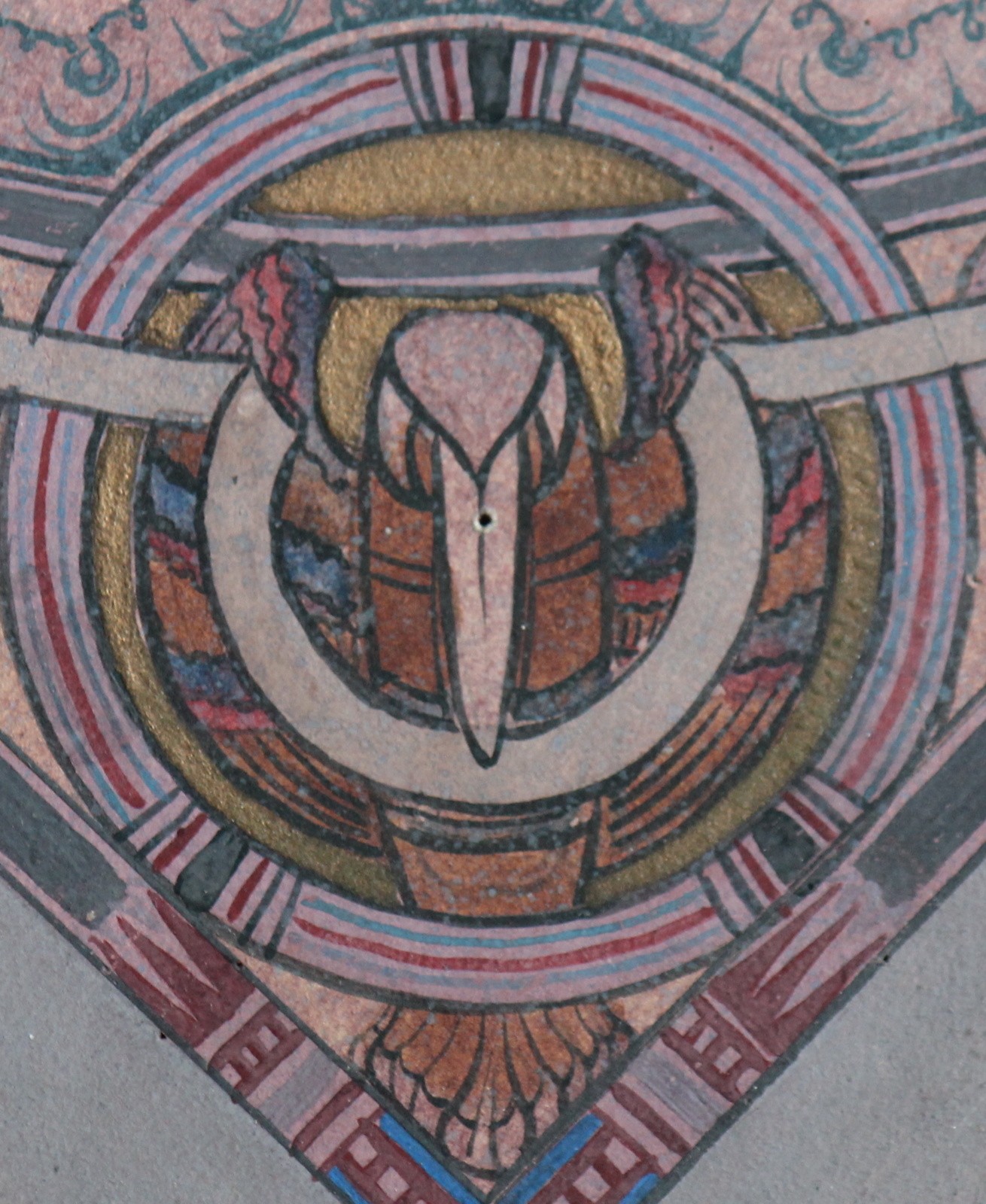 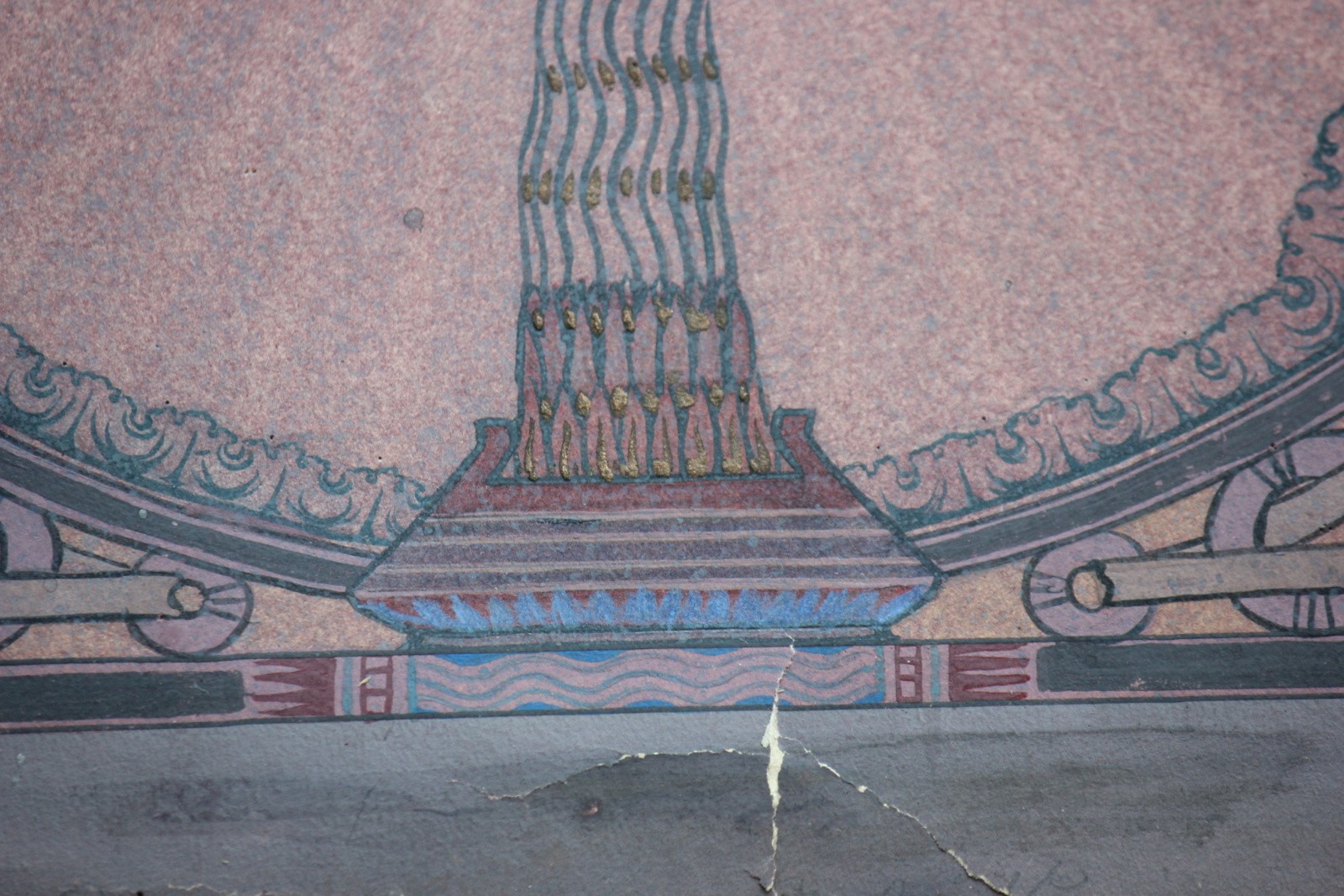 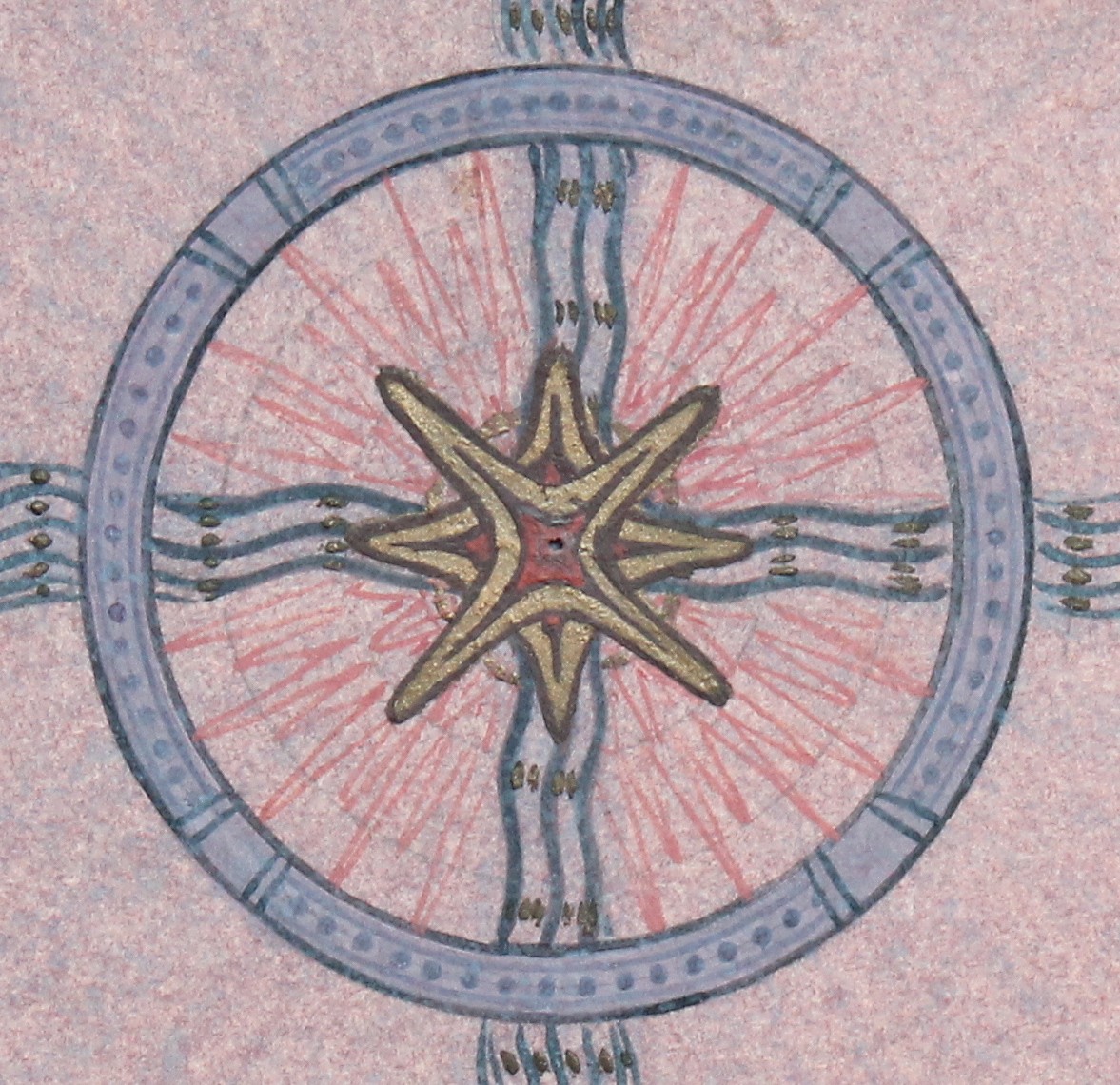 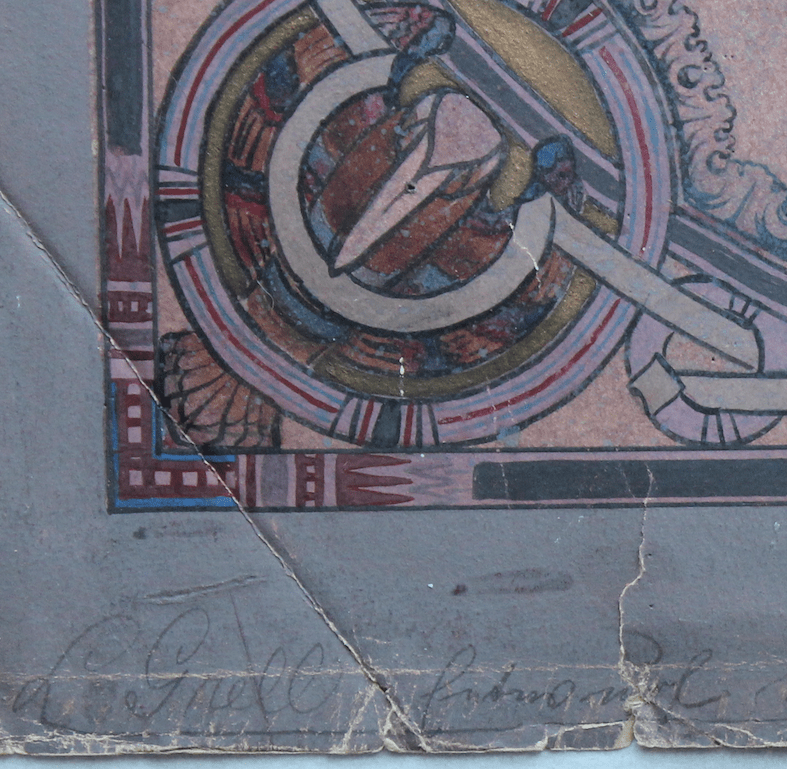 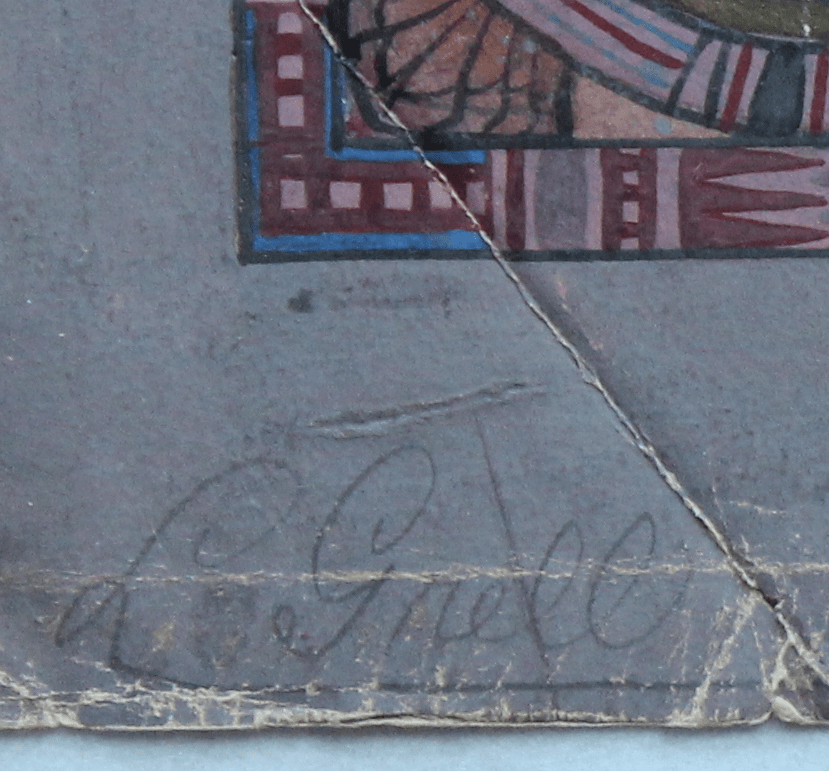 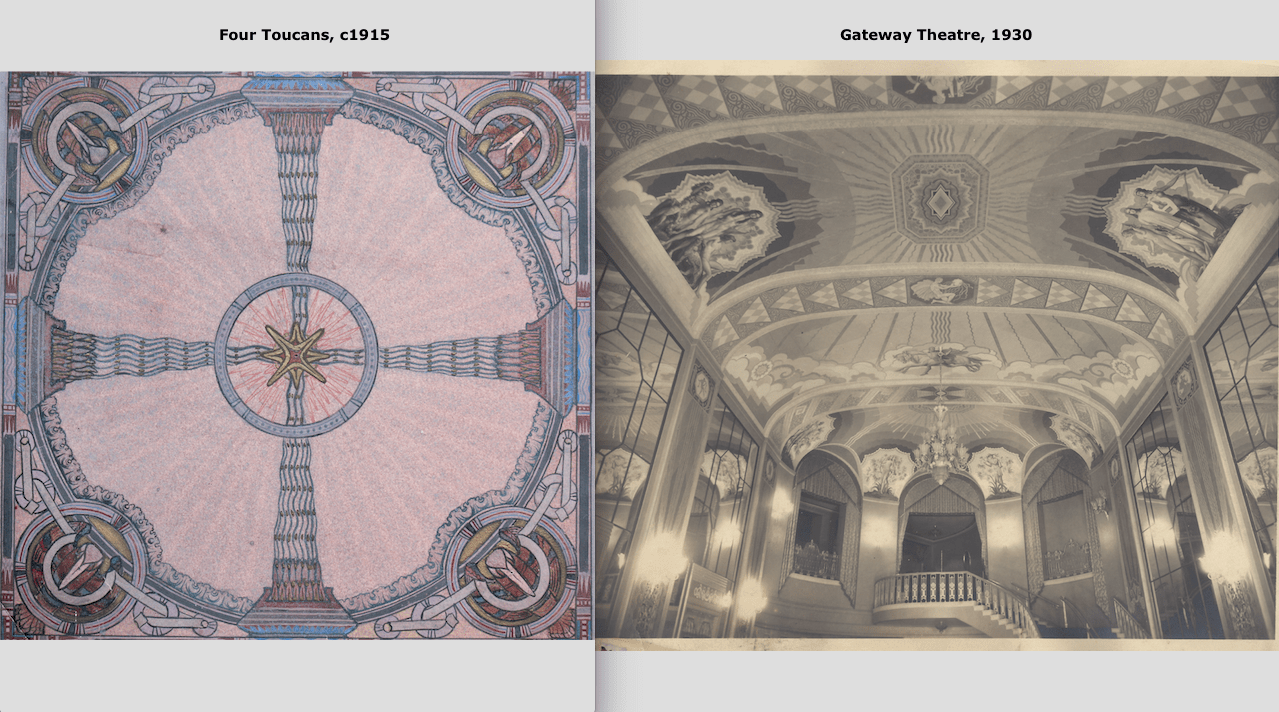 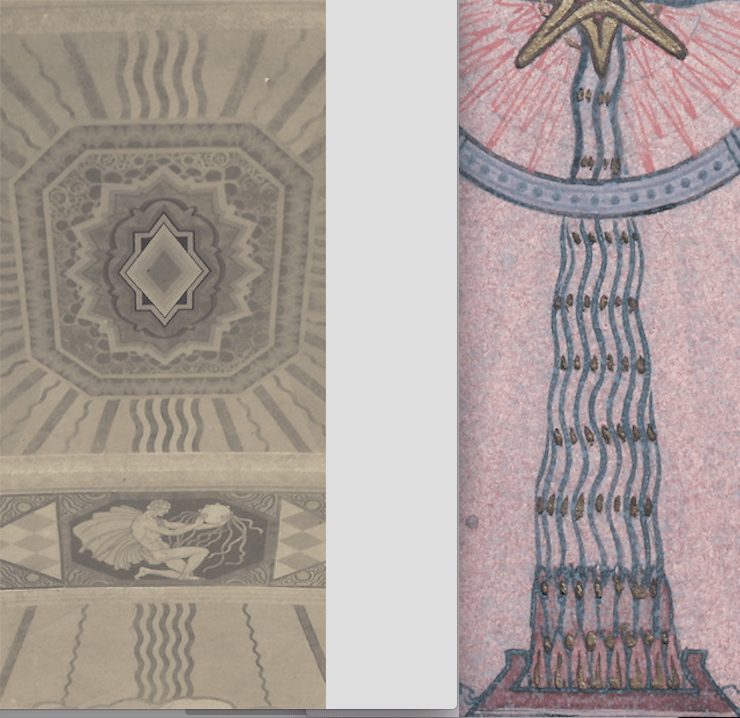 A Grell mural study presumably for a ceiling or dome with tropical Toucan birdlike figures drawn into all four corners.

This work is unlike the majority of Grell’s body of work further showcasing his versatility.  Signed in his older German cursive style followed by several illegible words written in German to the right of his signature.  Grell wrote letters to family and friends in German throughout his life but he never wrote German words on any of his known American studies or projects which collectively indicates that this work was likely done while he was in Munich from 1908 to 1916. Extensive research on Grell’s career has shown that if he signed a sketch or watercolor, typically that work was executed.  The wavy lines are similar to Grell’s work that once graced the ceiling of the Gateway Theatre (1930) in Chicago.

provenance: artist to artists’ wife via estate in 1960, to Harold Key Welch (former student) in c1965, to his daughter through descent, to current owner