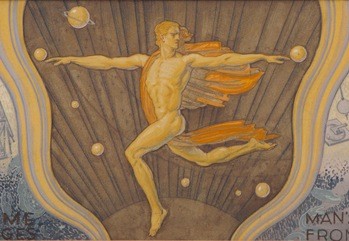 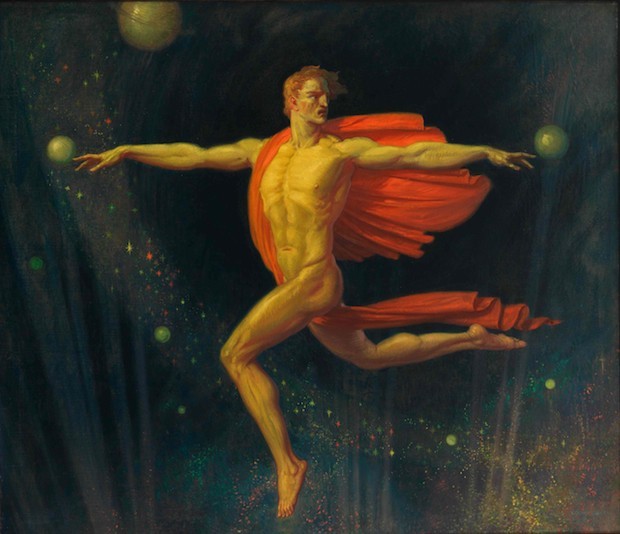 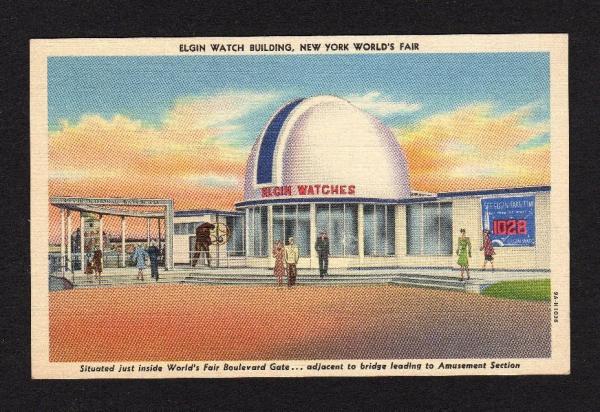 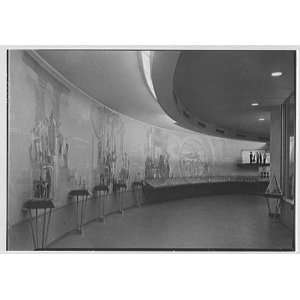 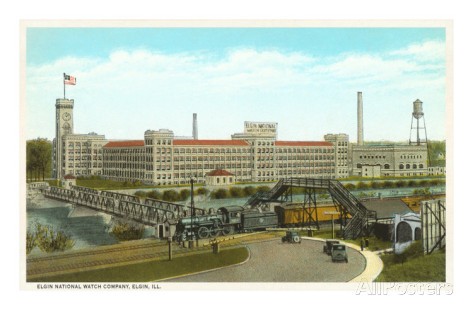 The Elgin National Watch Company formerly based in Elgin, Illinois commissioned Grell to design this mural study titled Elgin Time.  It is unknown if Grell actually earned this commission.  At first glance it appears that this study is incomplete but others believe it was intentional to depict the beginning of time fading into light from obscurity.  The Elgin Watch Company had a significant exhibit at the 1939 New York World’s Fair and other locations which may have been the reason for the competition or mural commission.  The website  chicagomodern.org/artists/louis_grell   has a very similar large oil painting of the central figure featured on their site under the title, Man and Planets, (1935 oil, signed & dated lower right, 41.75″ x 61″).  It would appear that a version of this was commissioned somewhere.  Elgin Time resembles work done inside the Paradise Theatre (Chicago) by architect John Eberson.