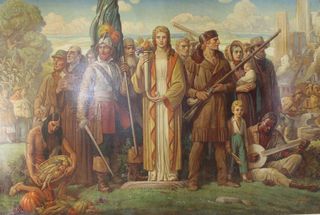 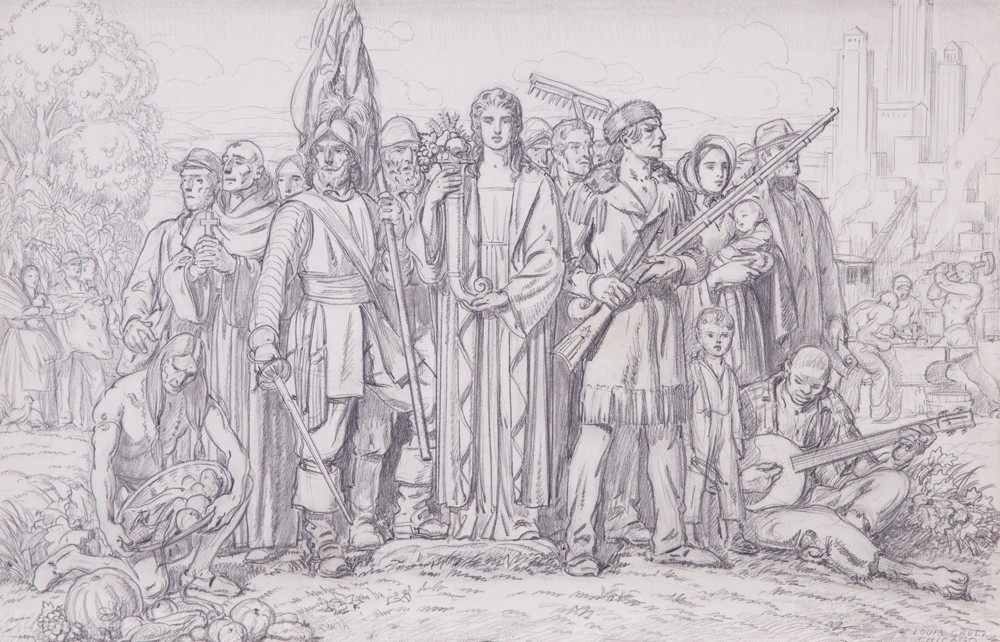 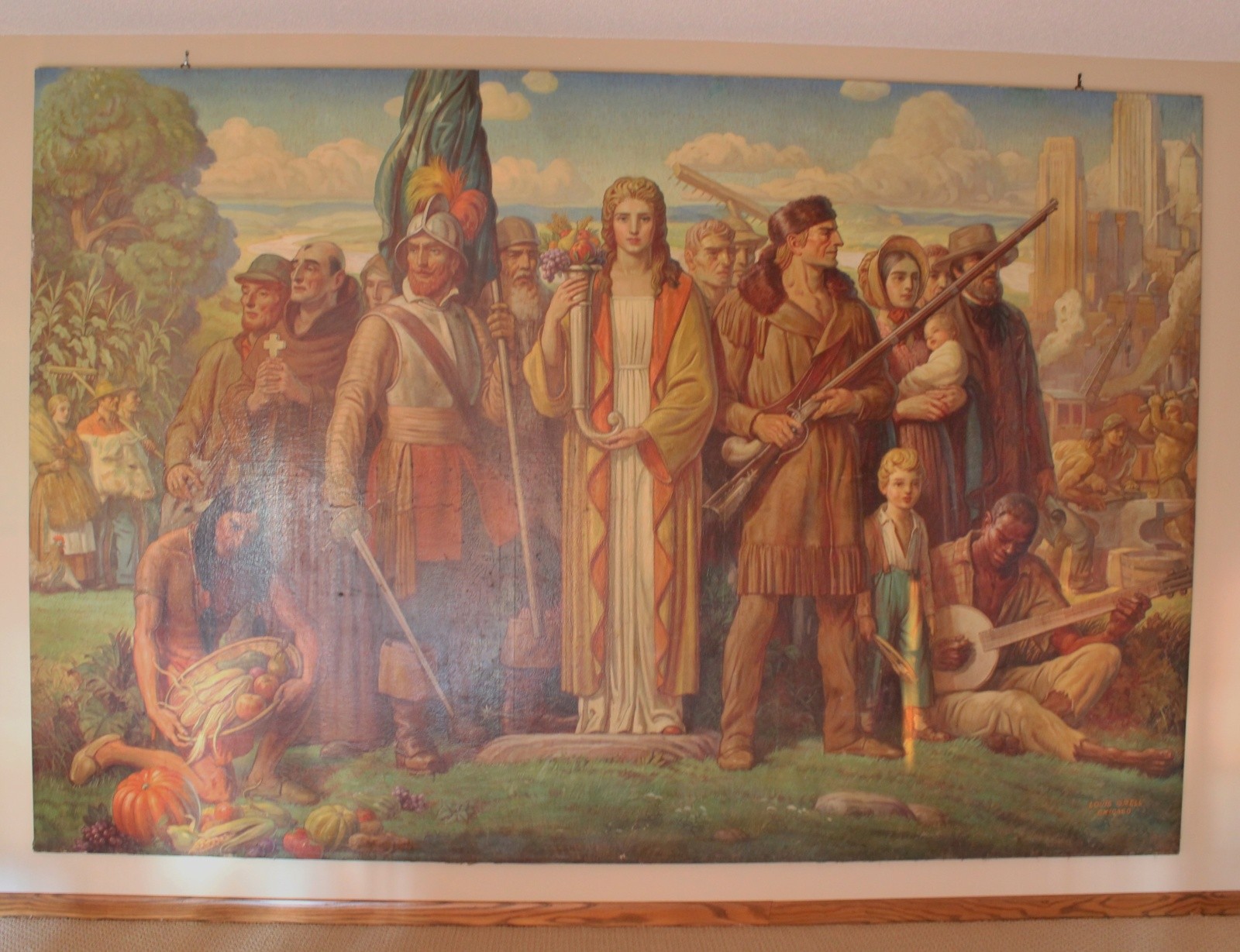 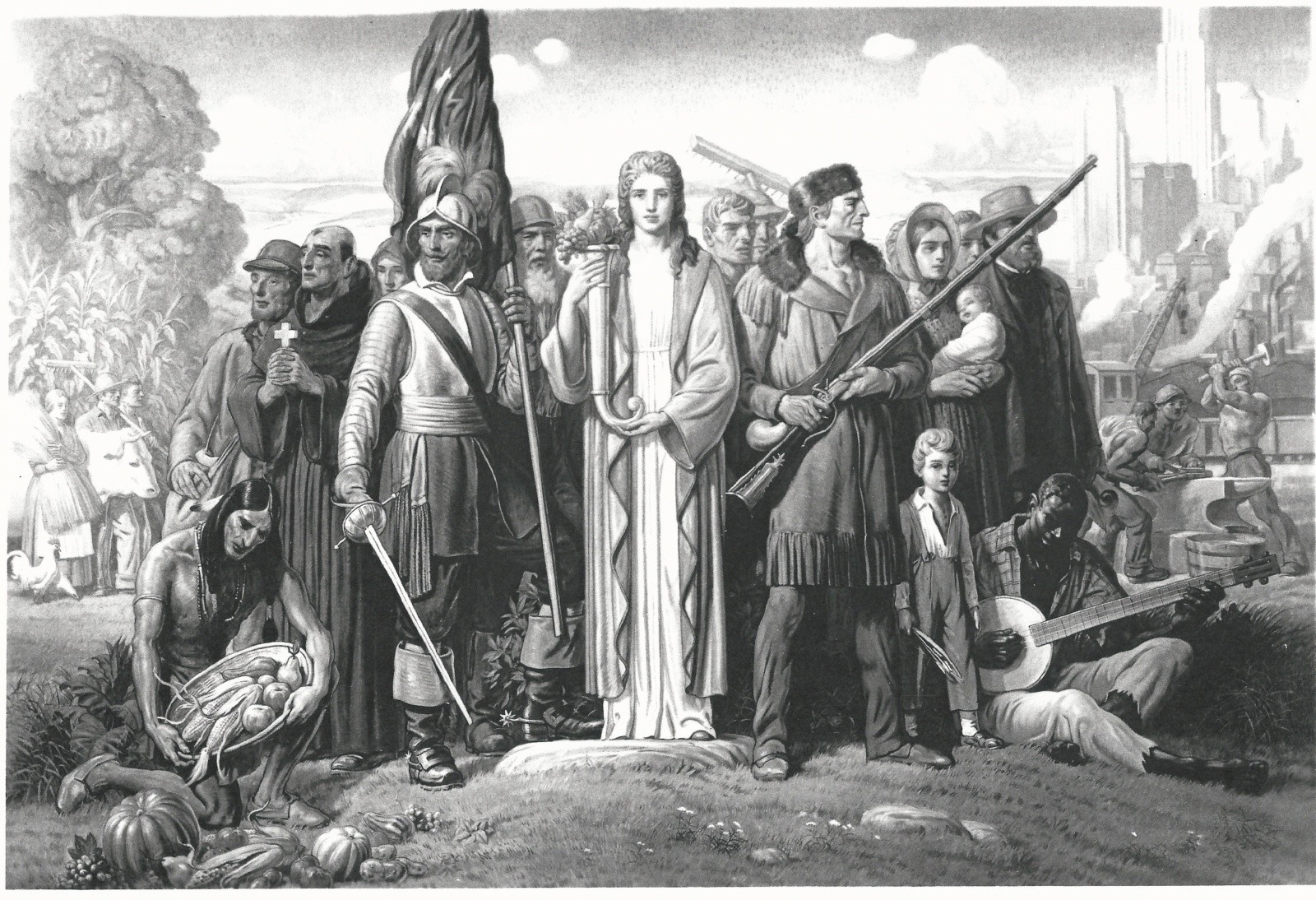 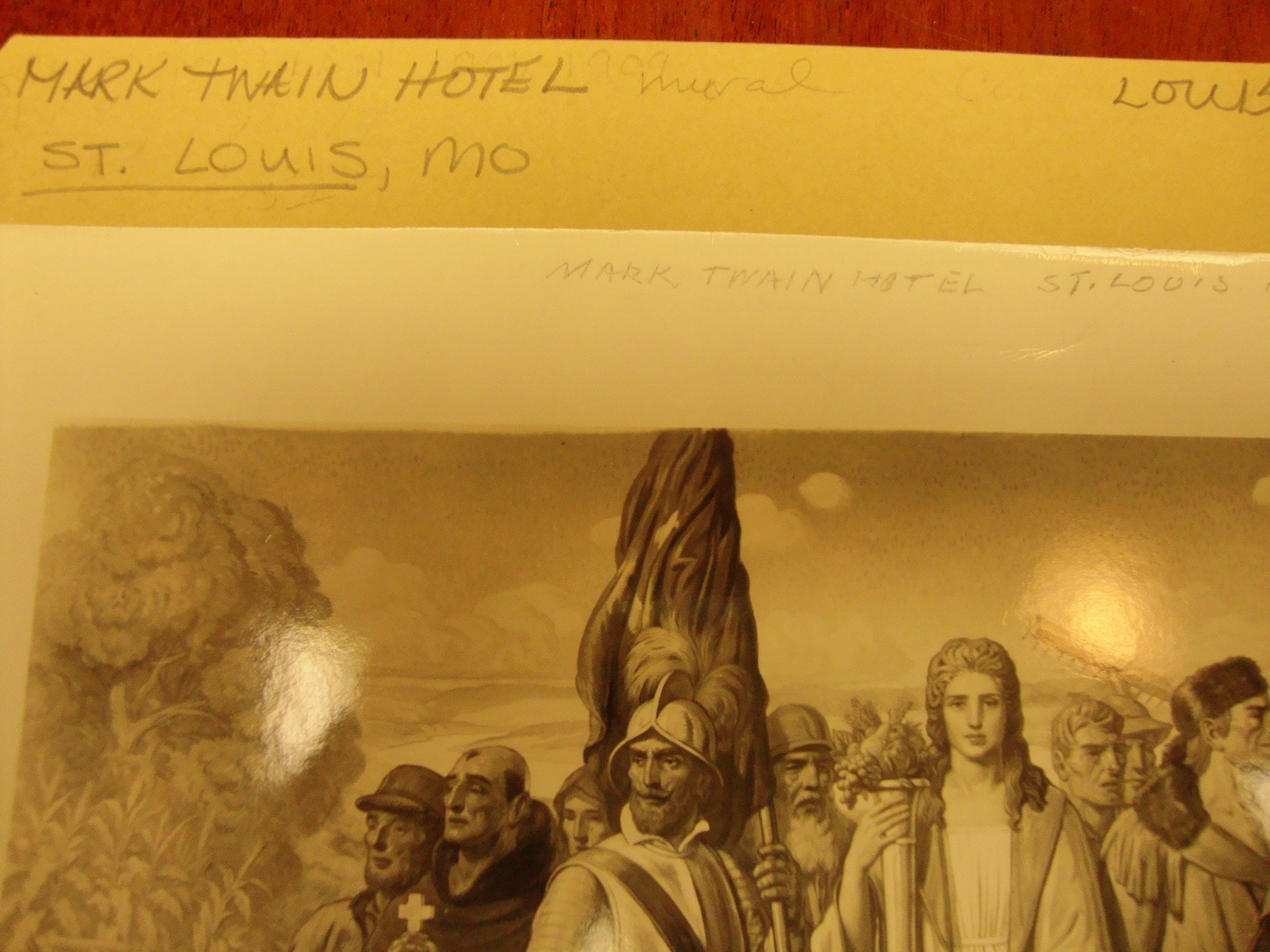 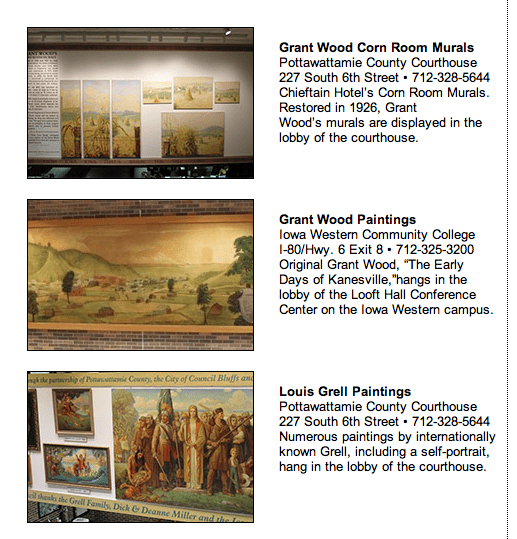 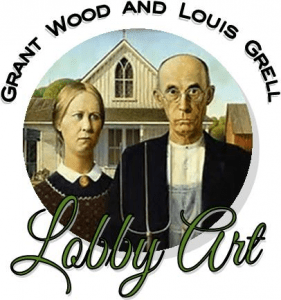 This small mural was first commissioned for Farm and Home Savings bank in Webster Grove, MO in c1947 and later sold at auction in Eastern Iowa in 1991 under the title Century of Progress.  Originally titled by the artist as Growth of America.  It was on display in the lobby of the Pottawattamie County (Iowa) Government Center in Council Bluffs, IA., the artists’ home town under the title Century of Progress mural of 1933.  The artists’ file at the Art Institute of Chicago has it incorrectly listed as from the Mark Twain Hotel, St. Louis, MO.

University of Nebraska at Omaha in 2014 Discovering Louis Grell one man show.