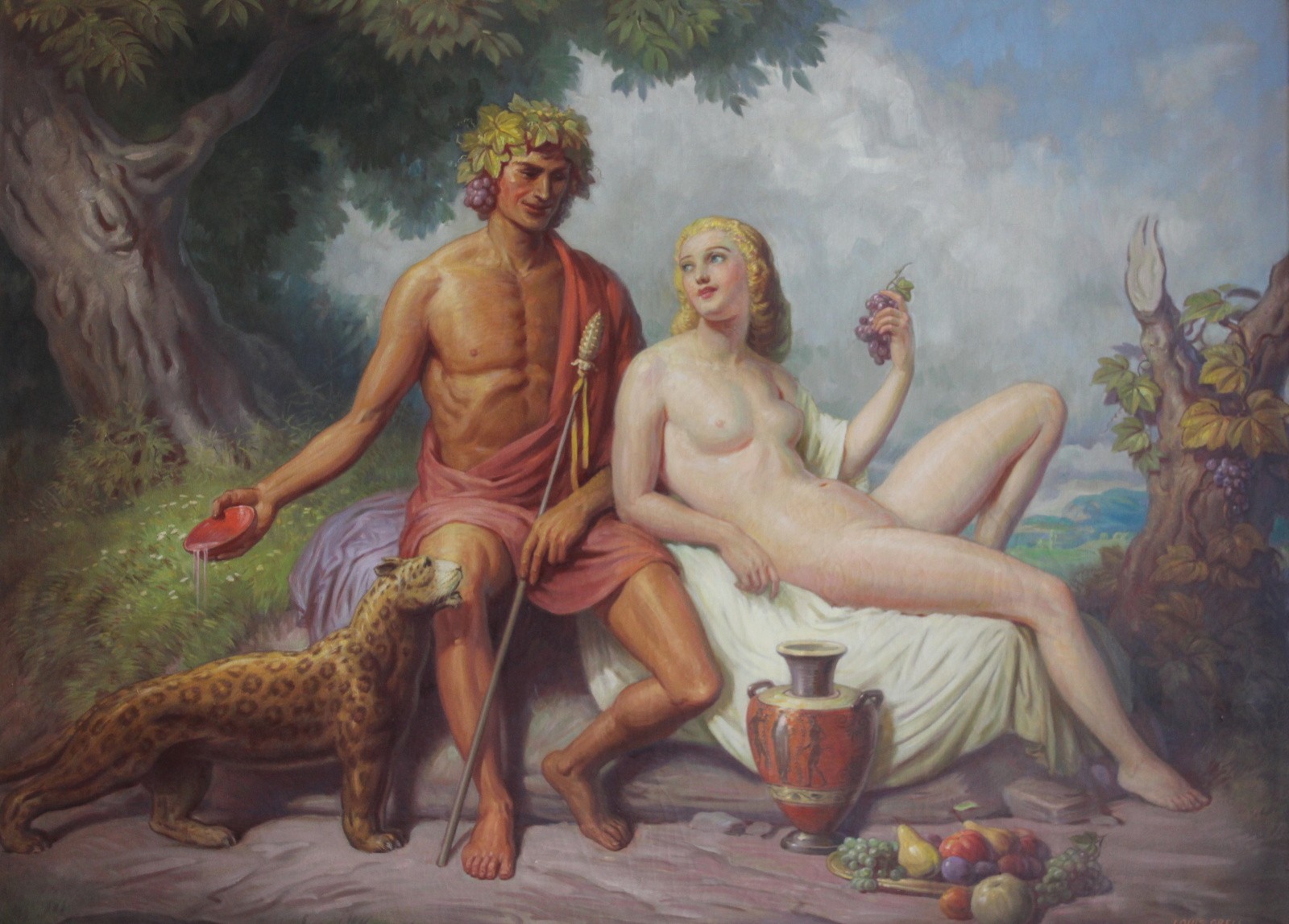 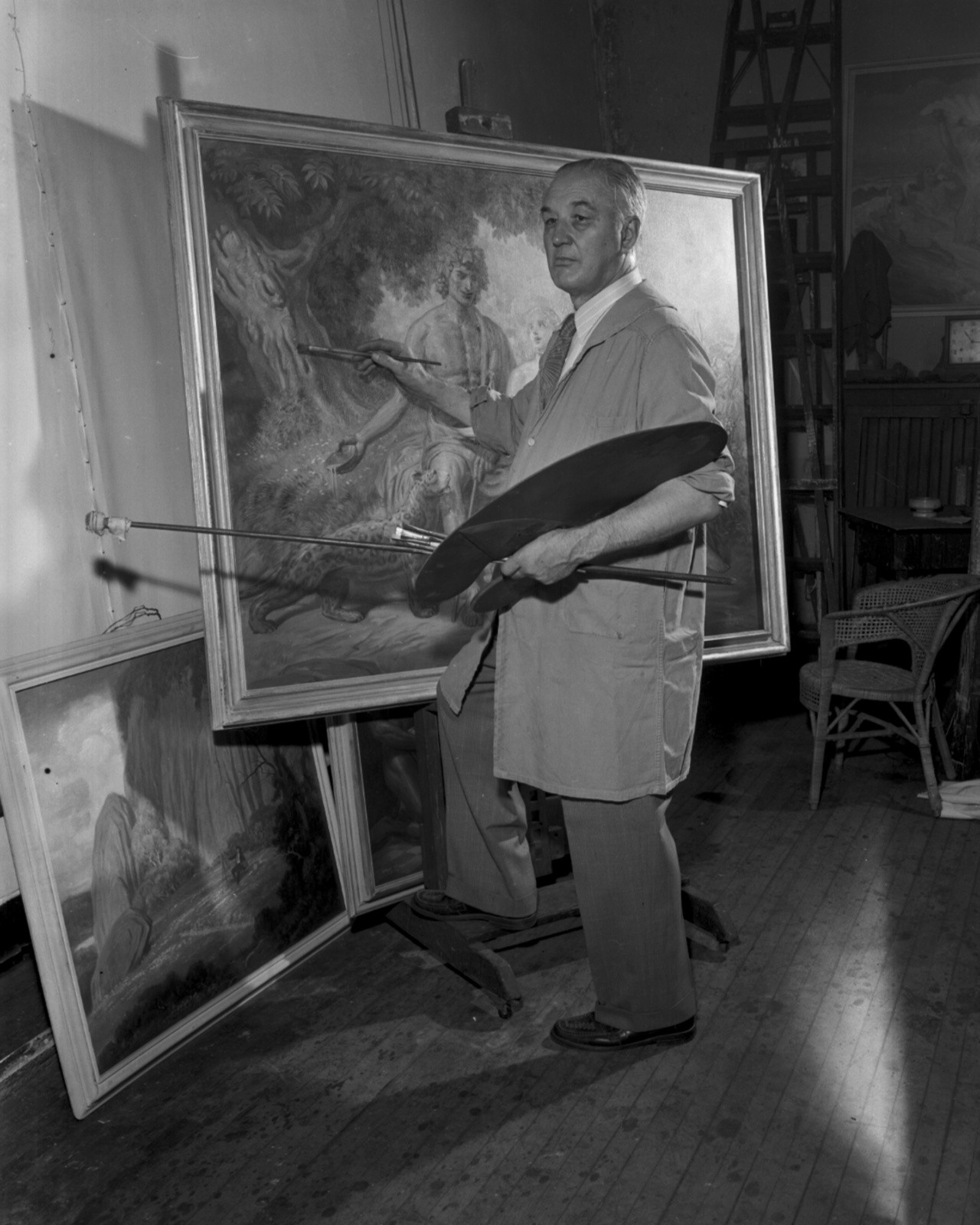 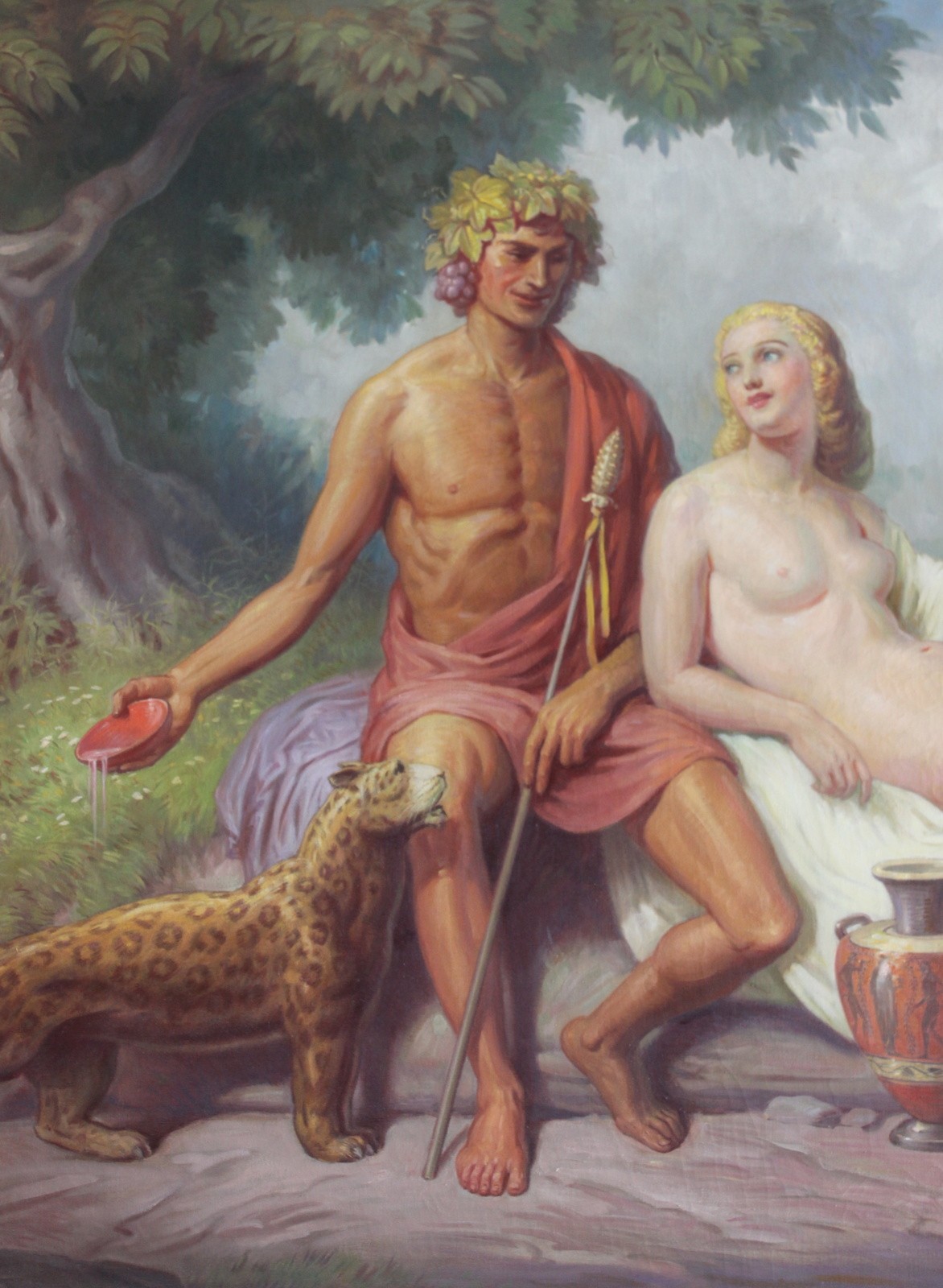 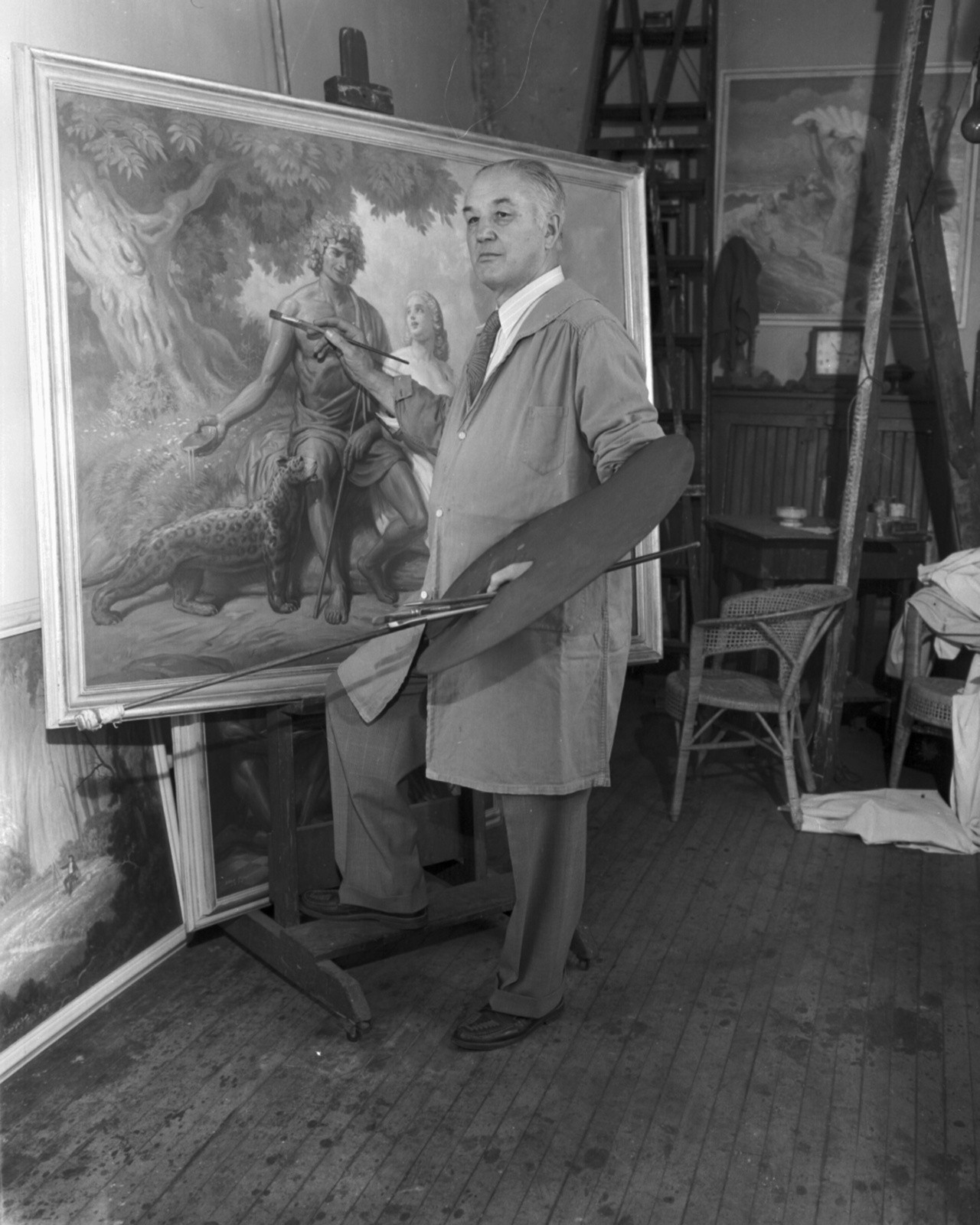 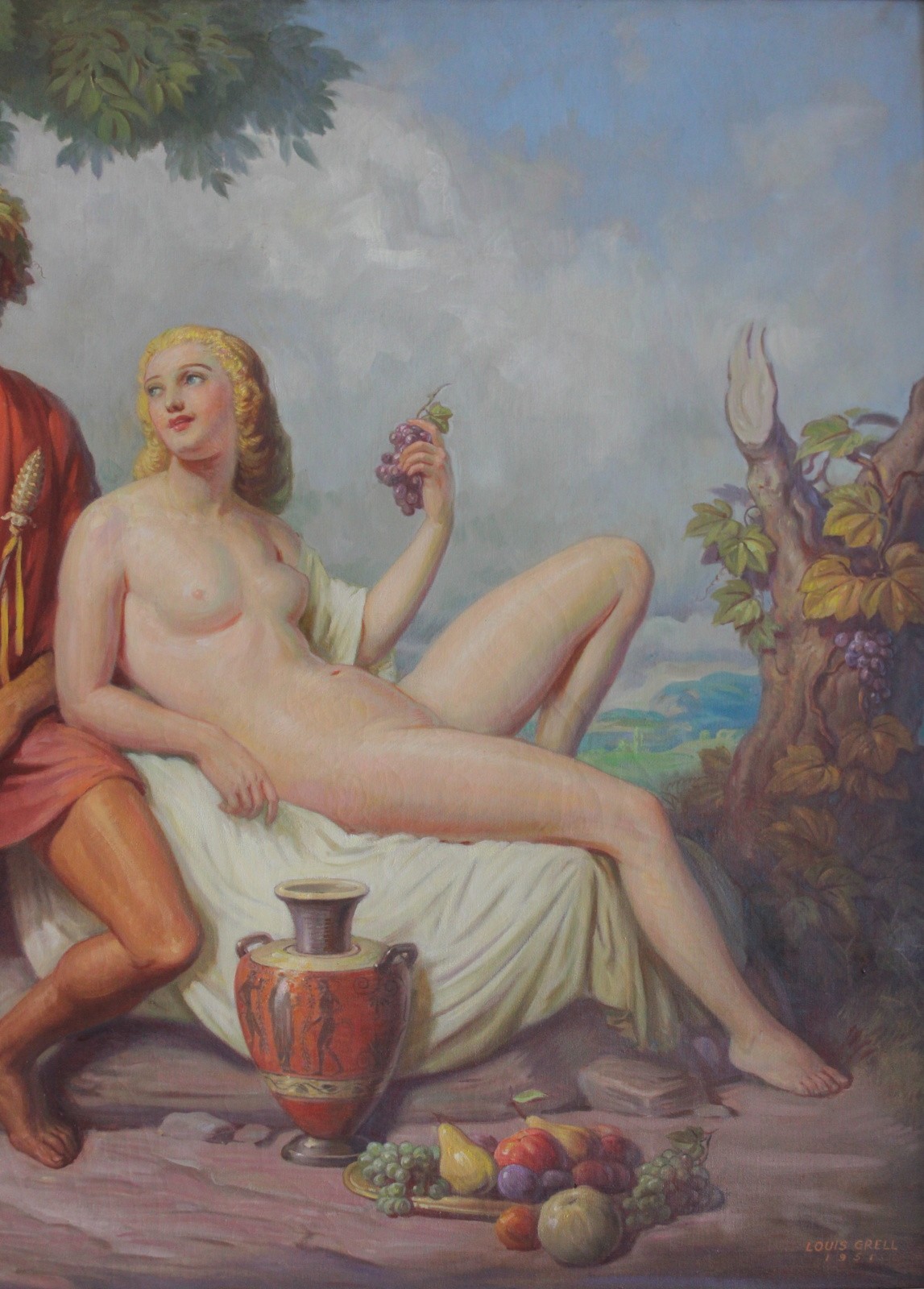 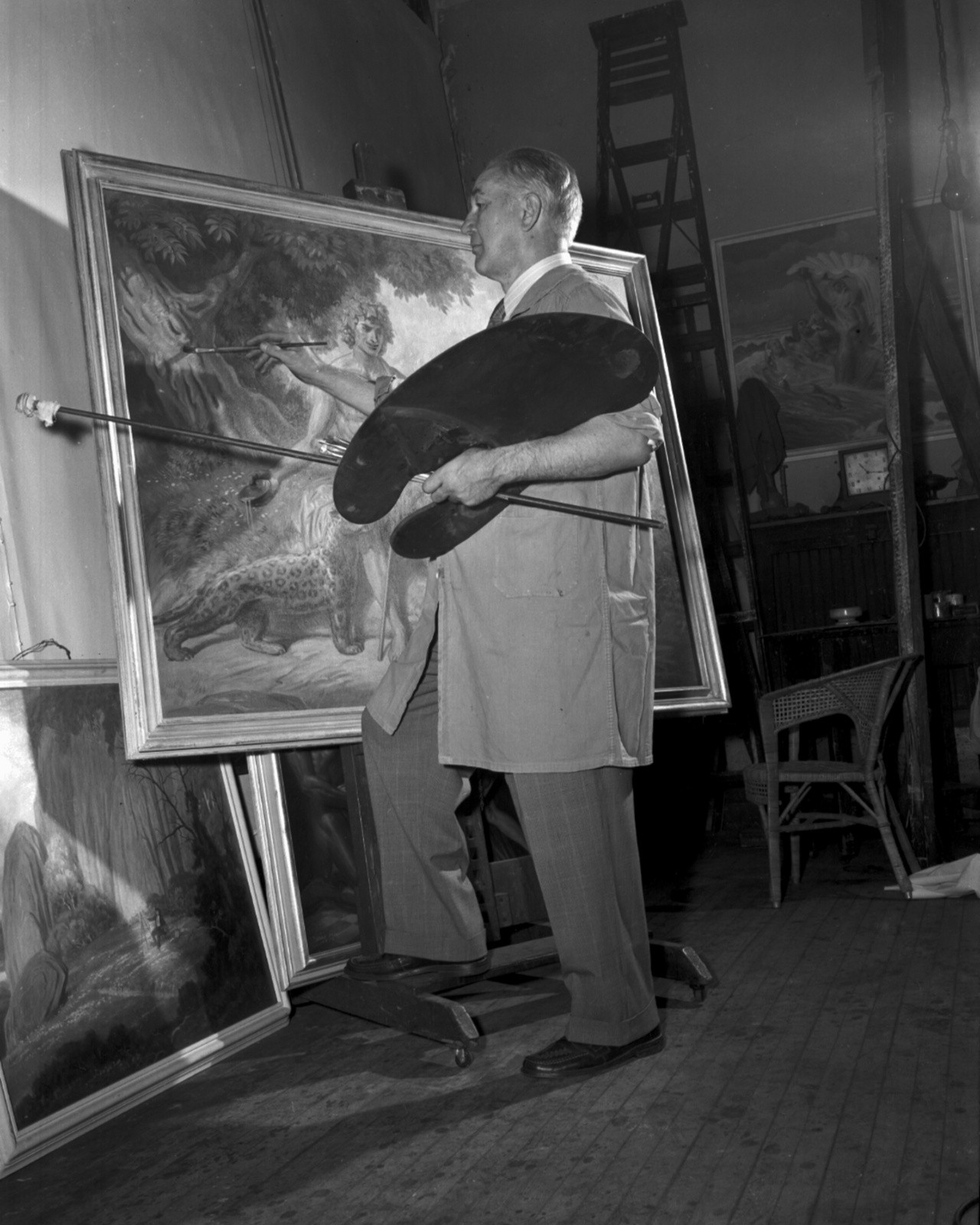 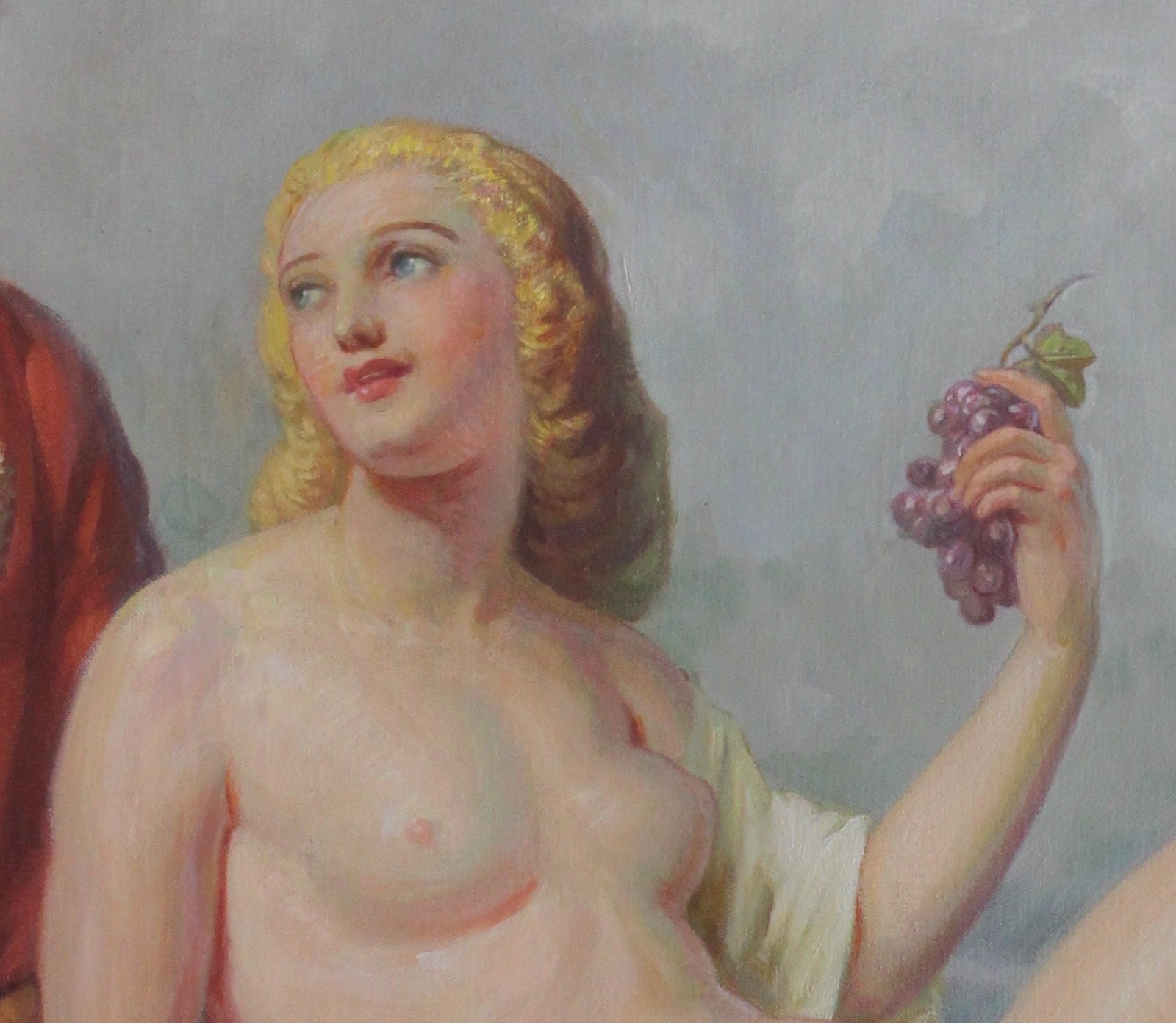 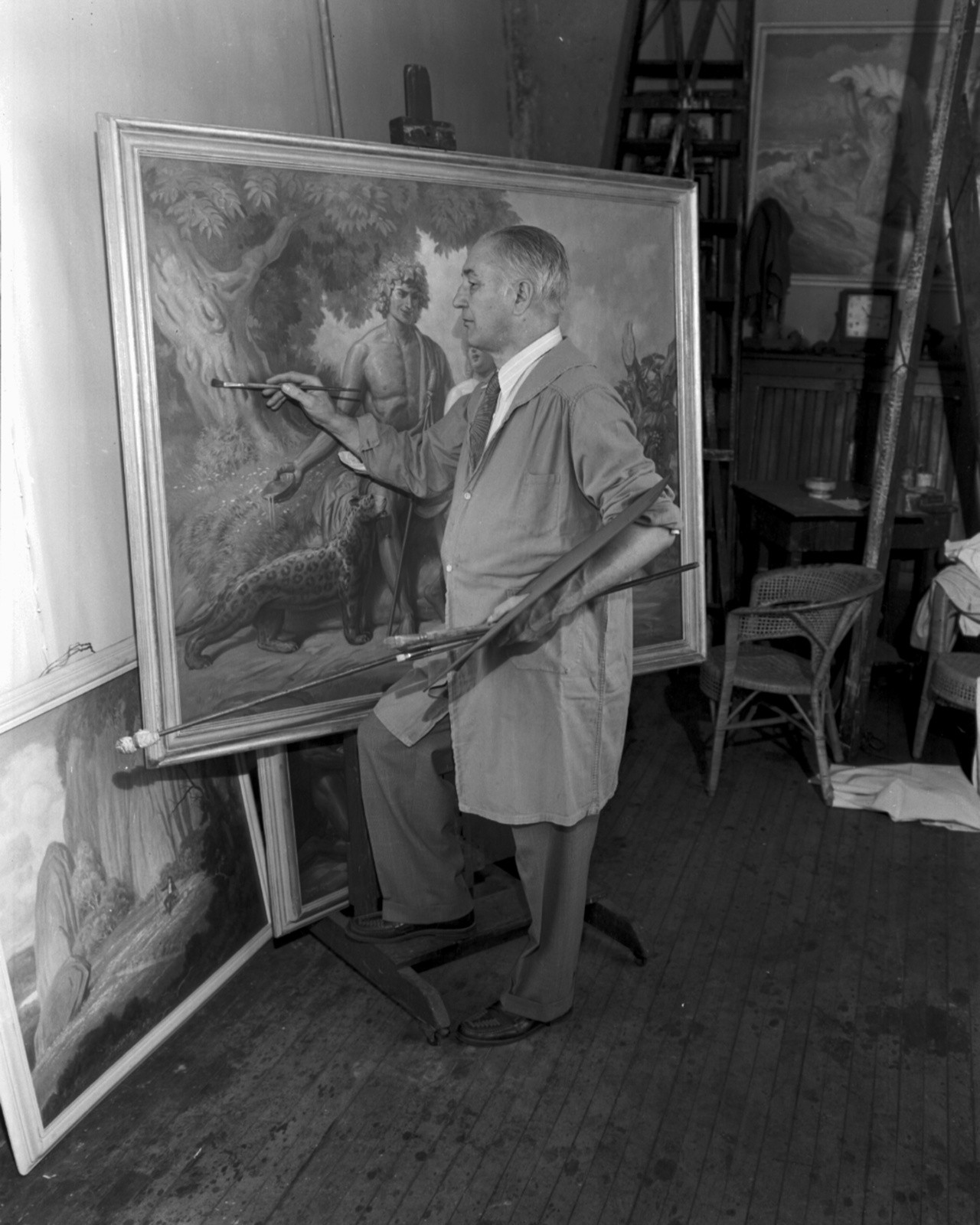 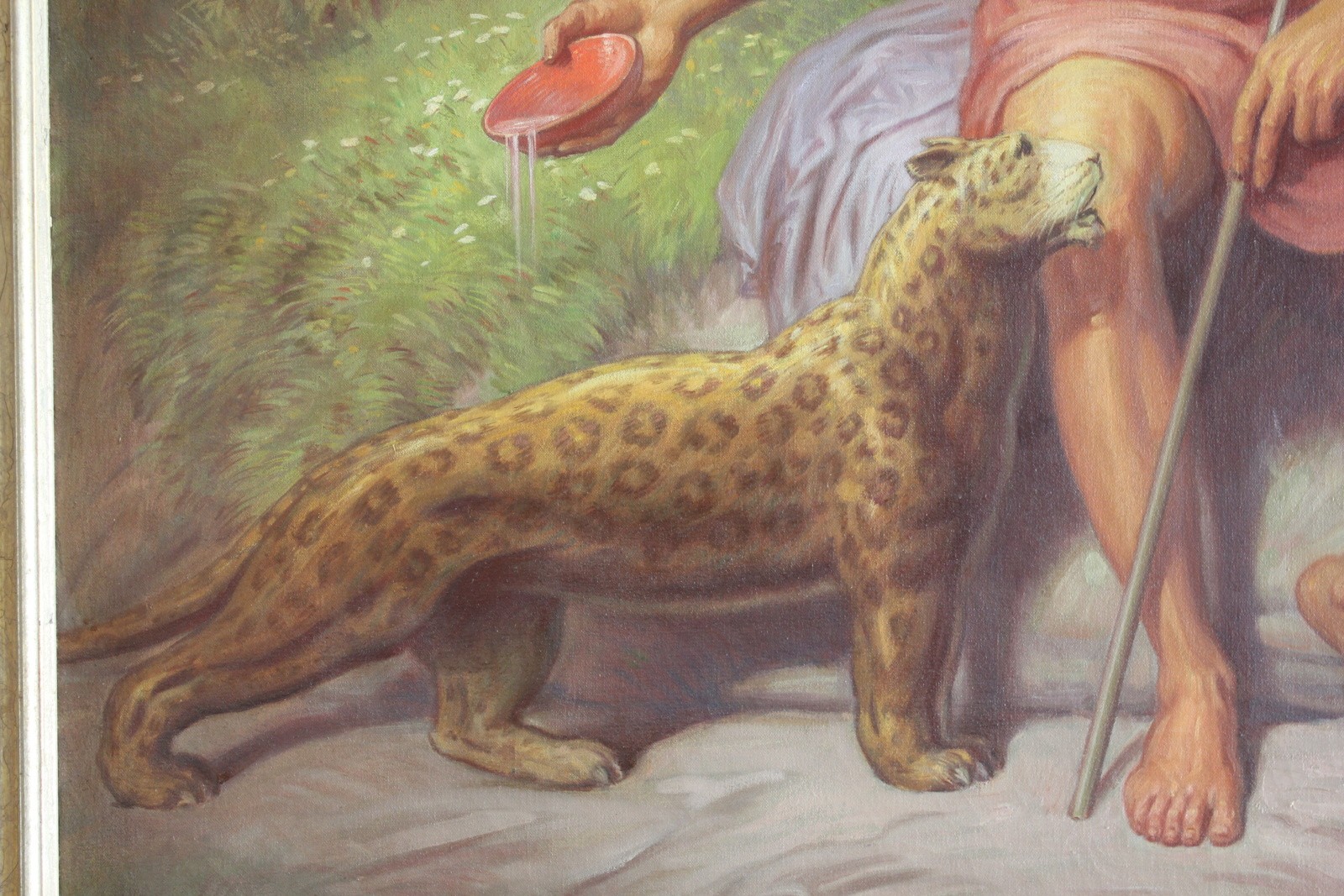 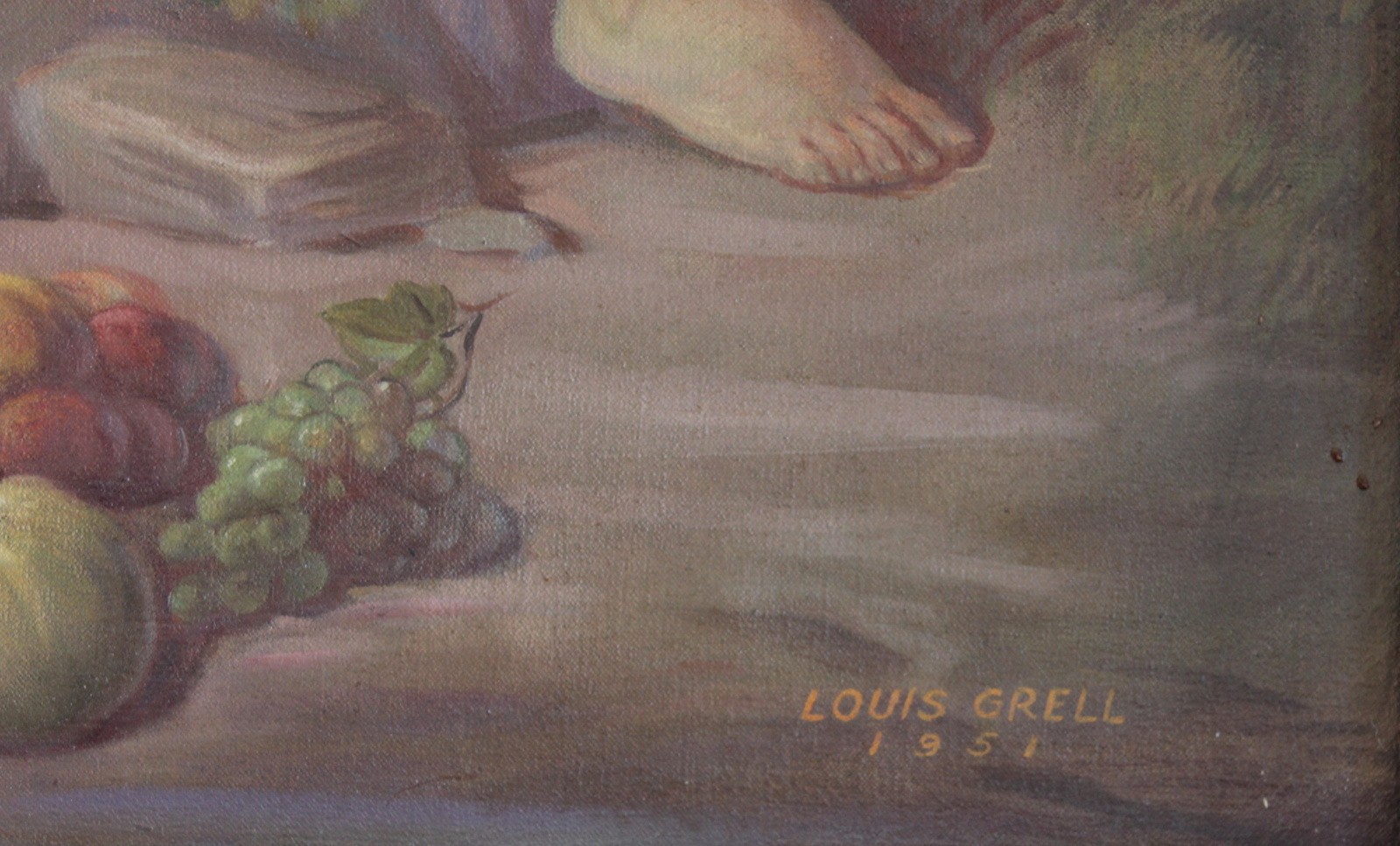 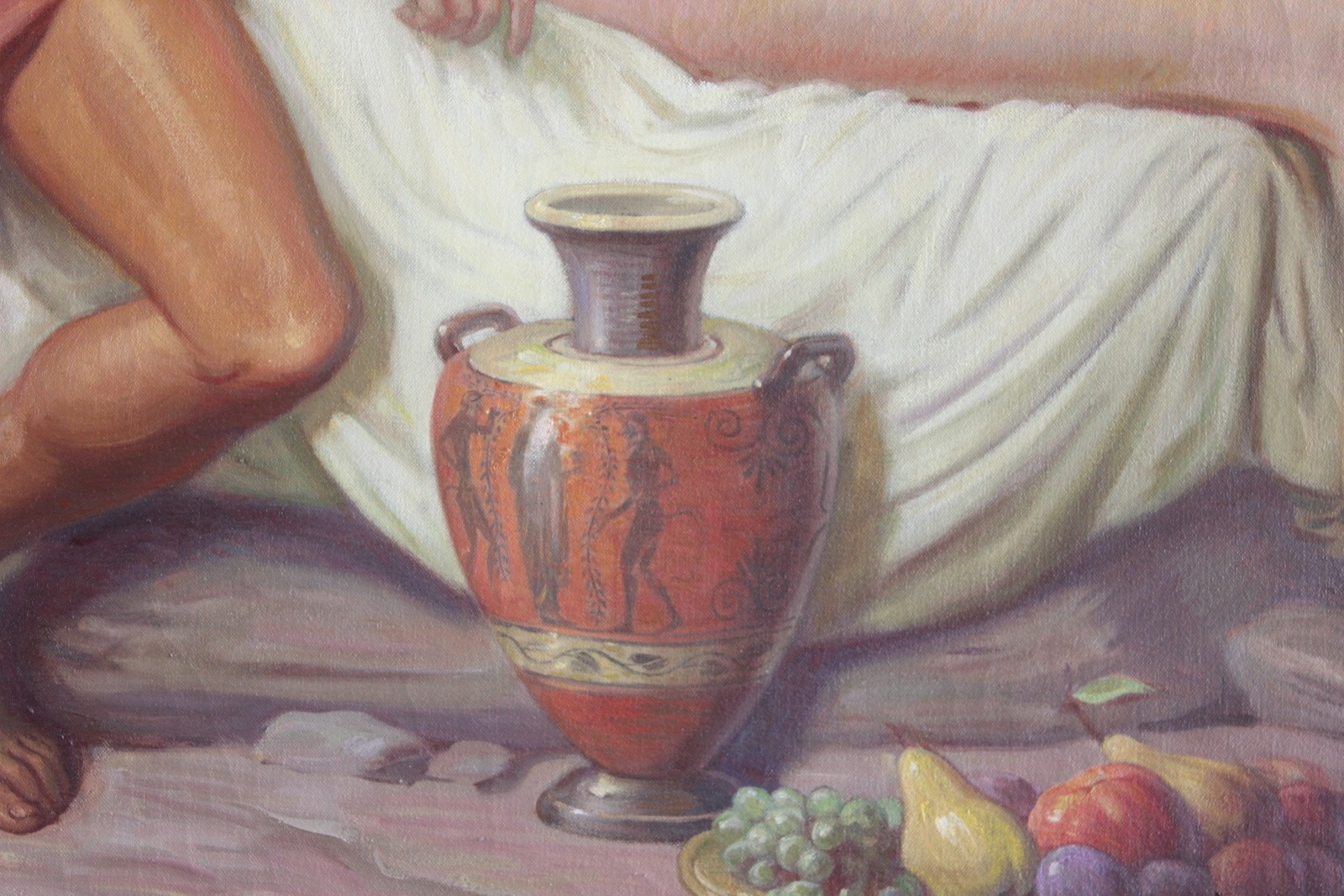 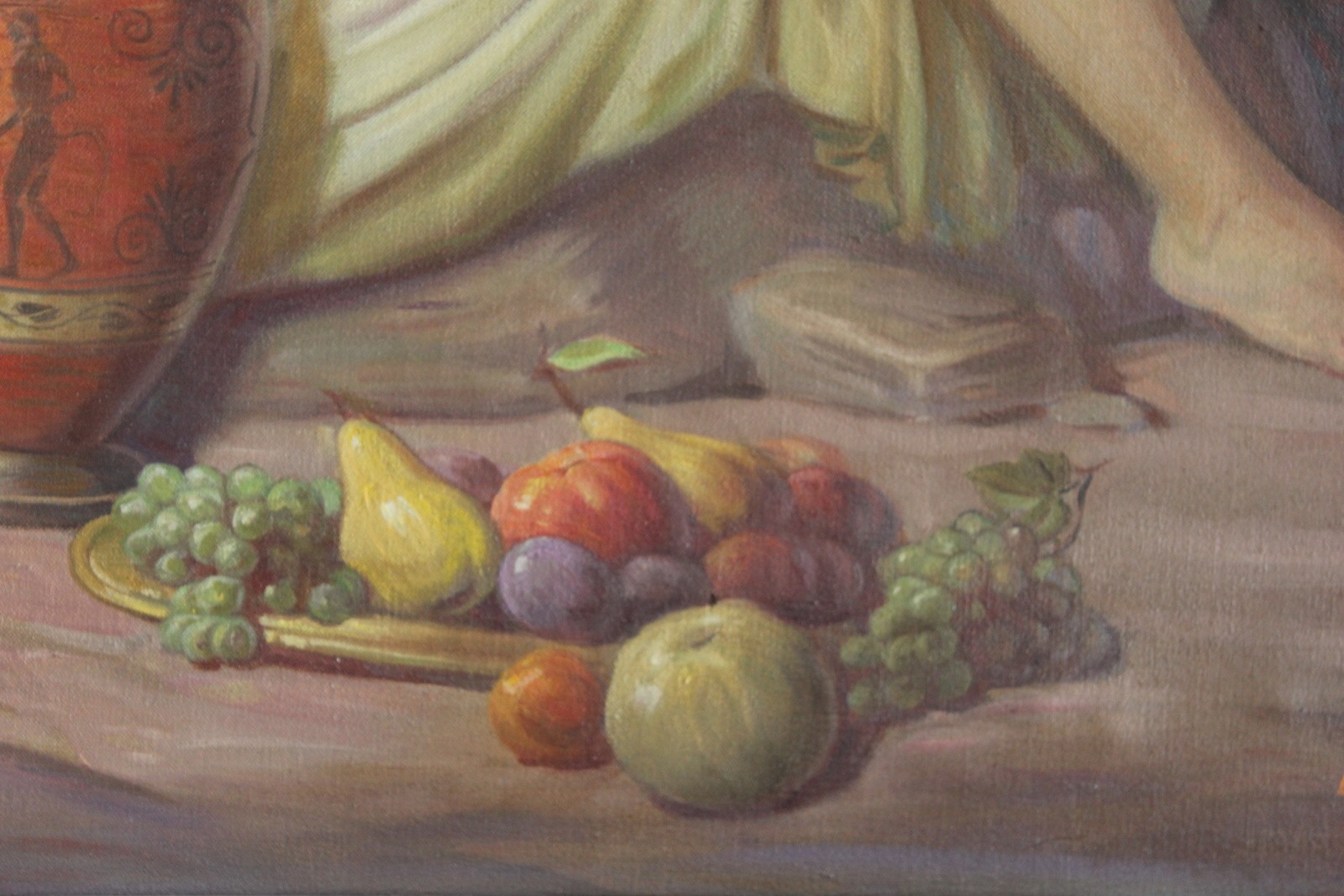 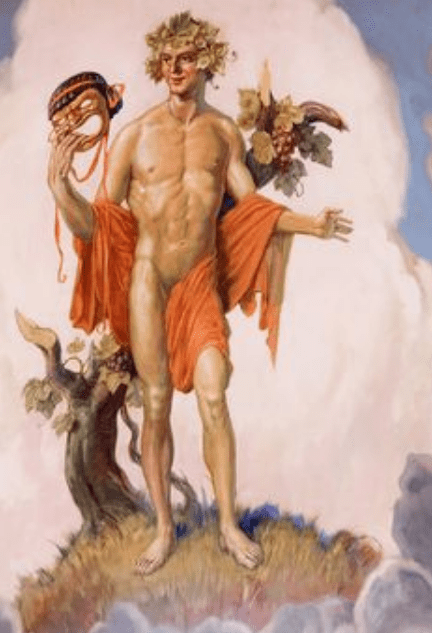 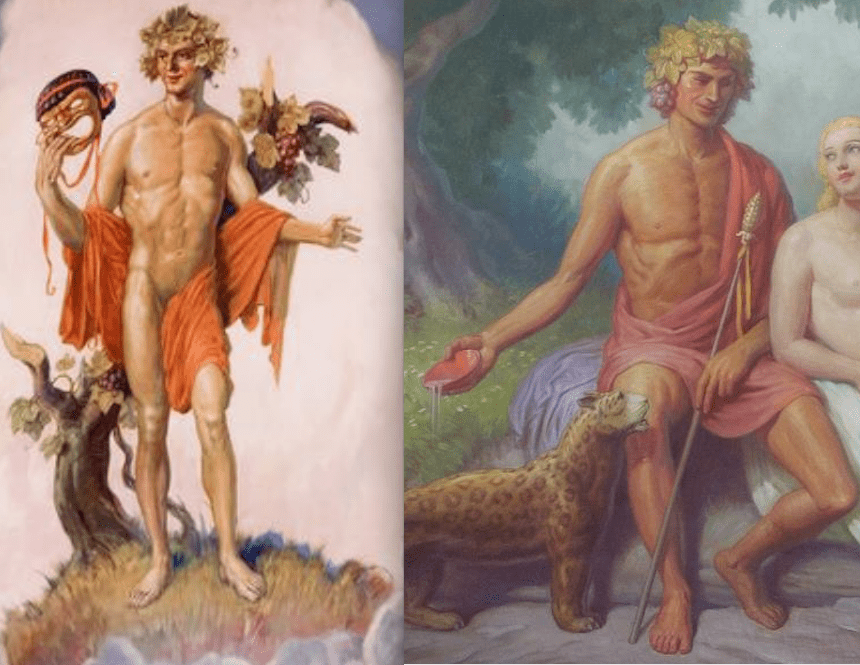 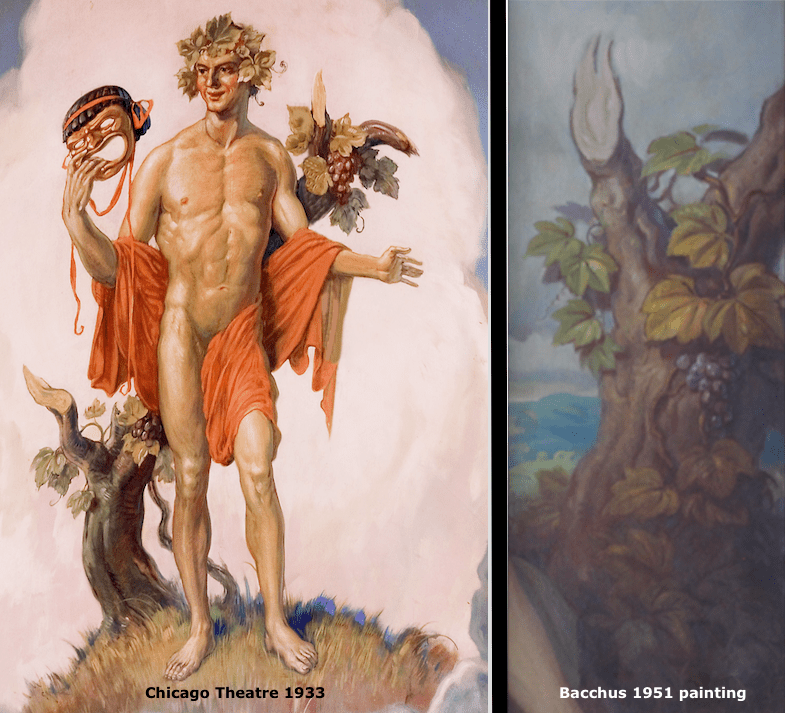 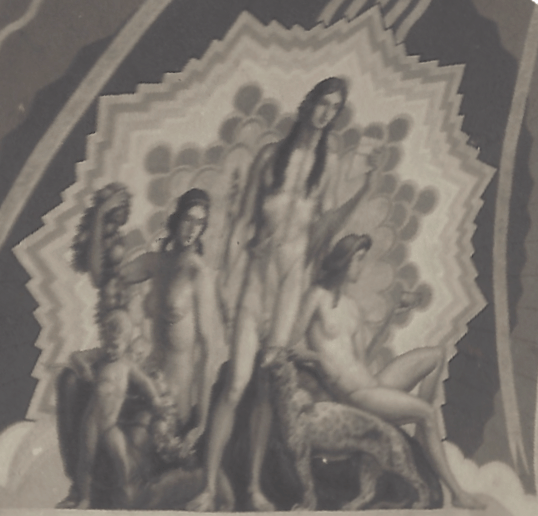 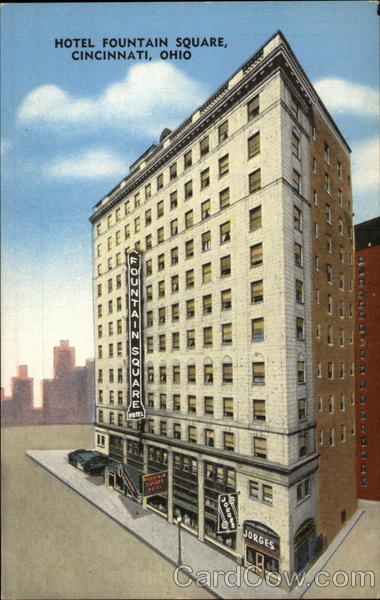 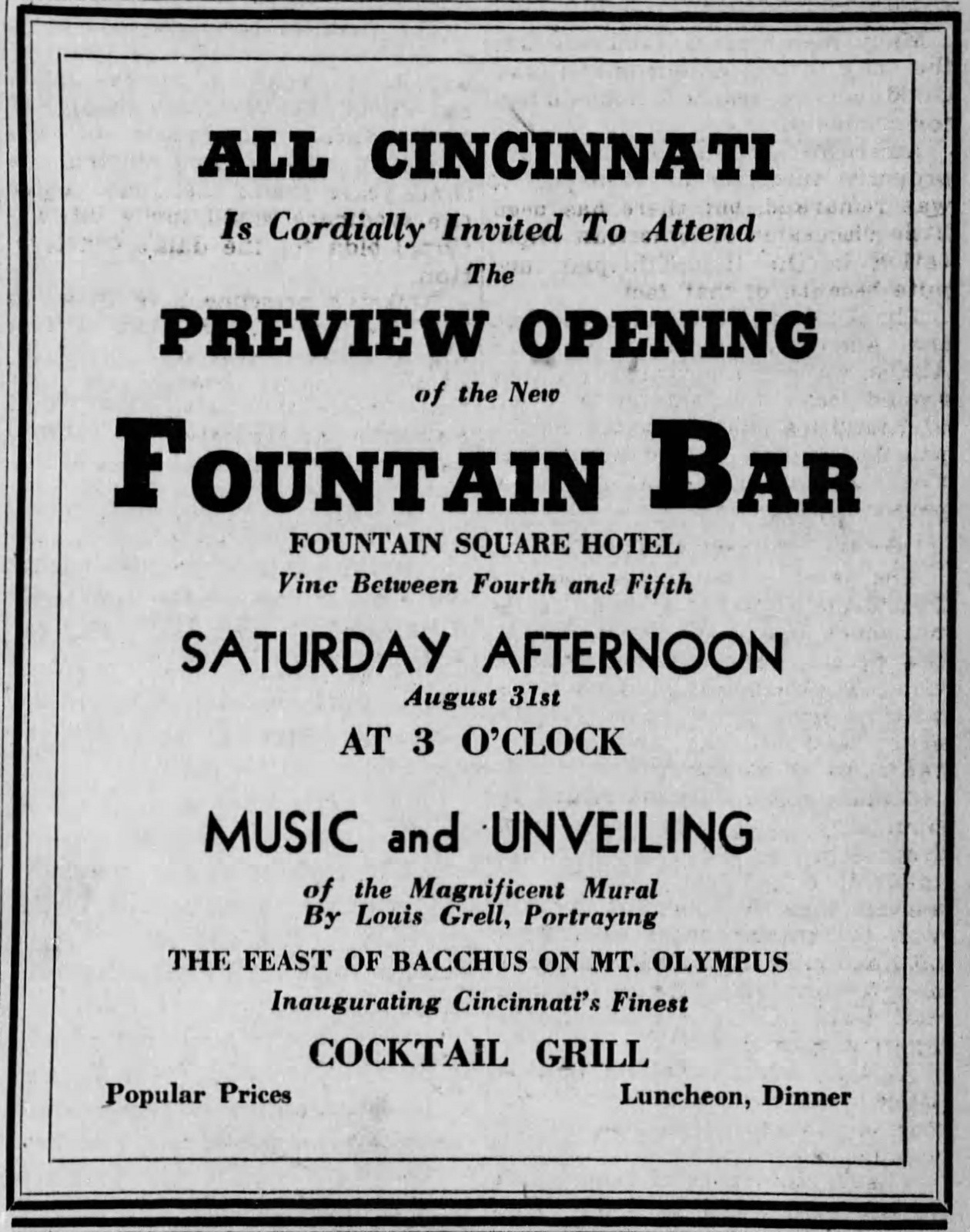 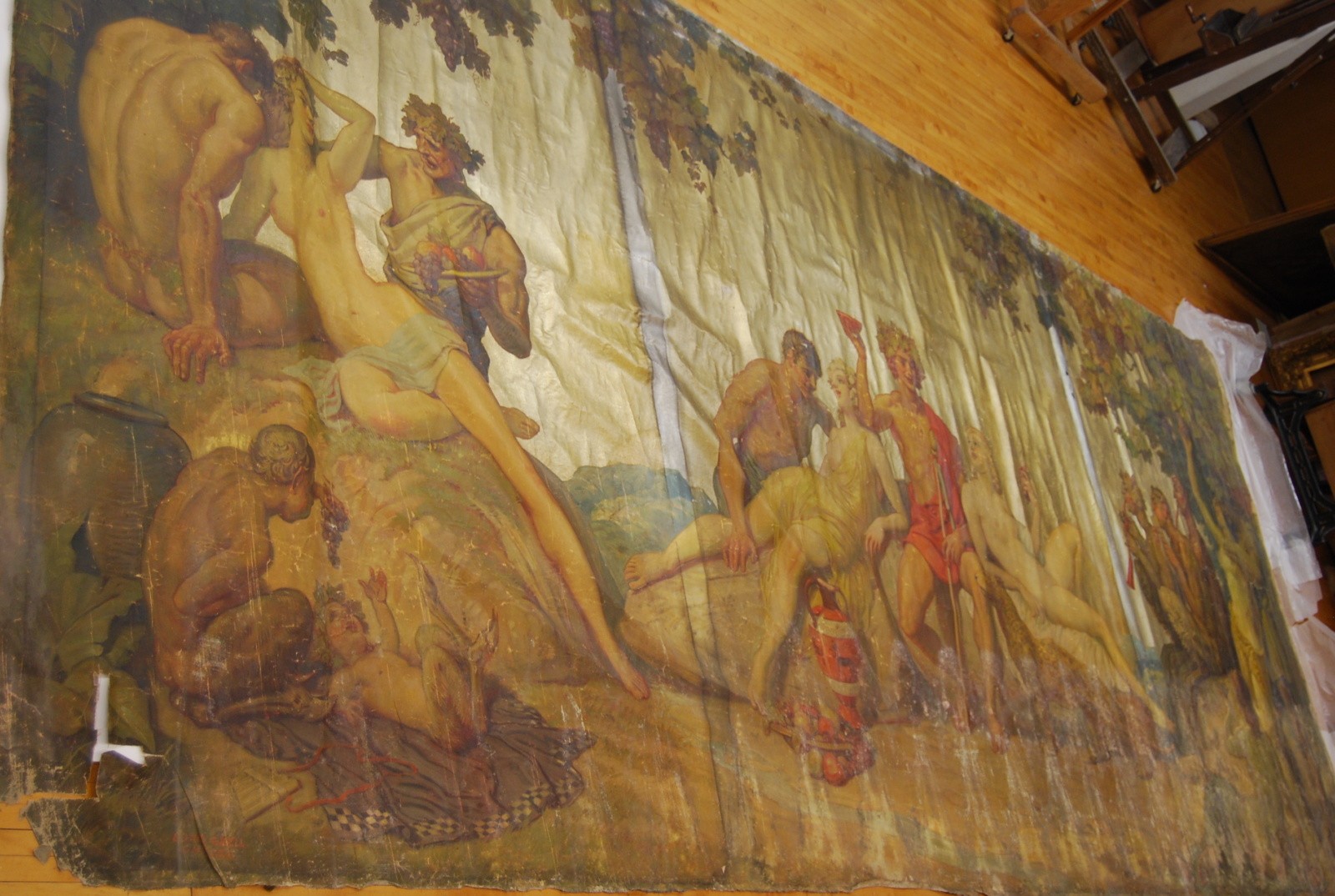 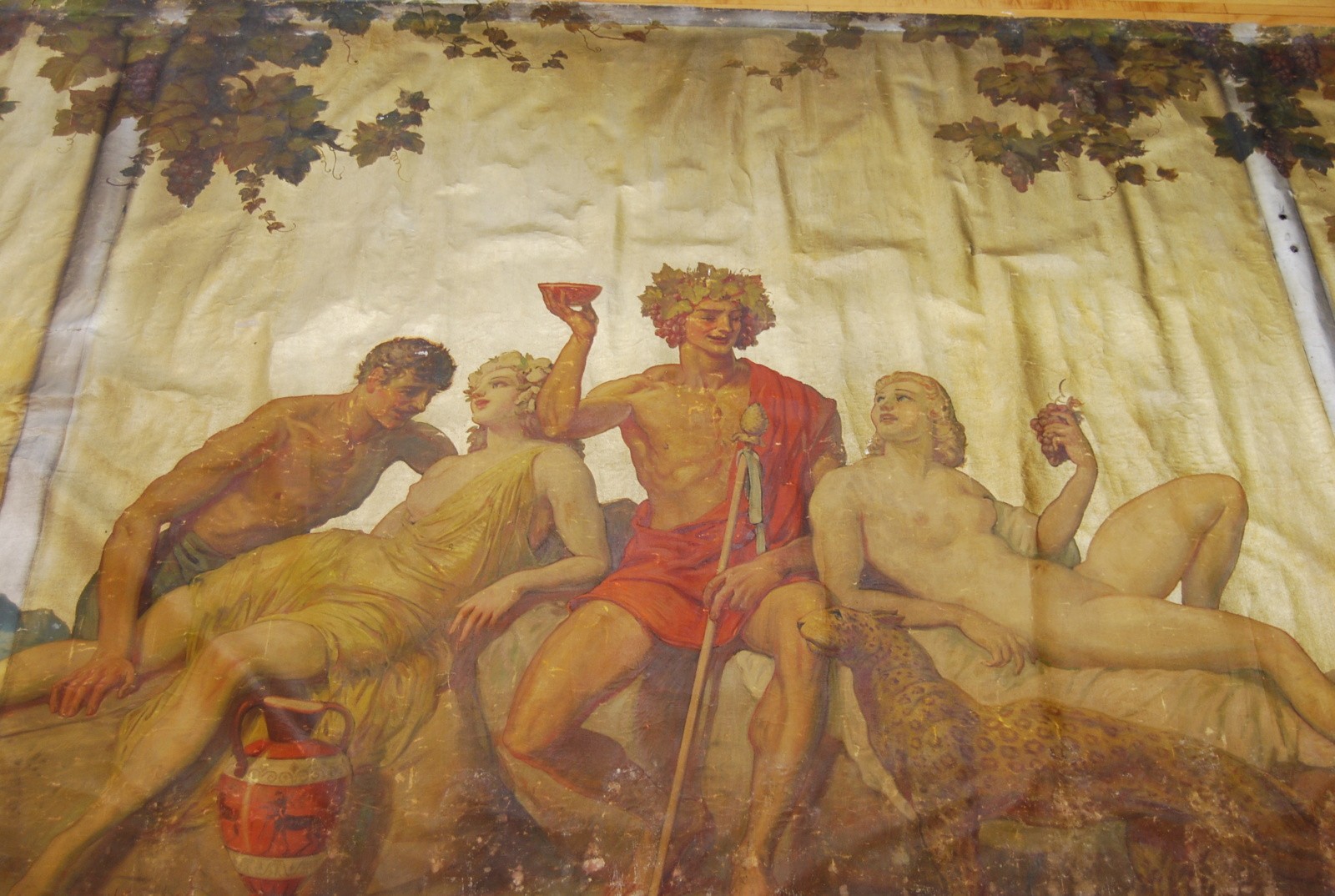 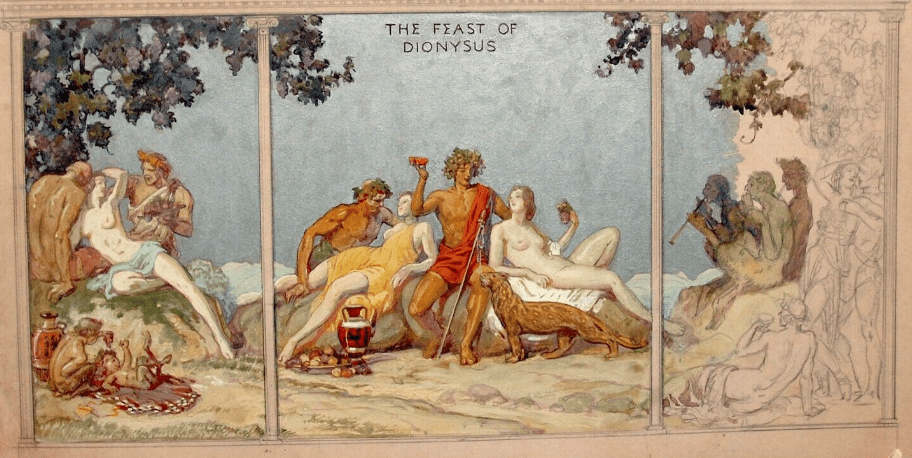 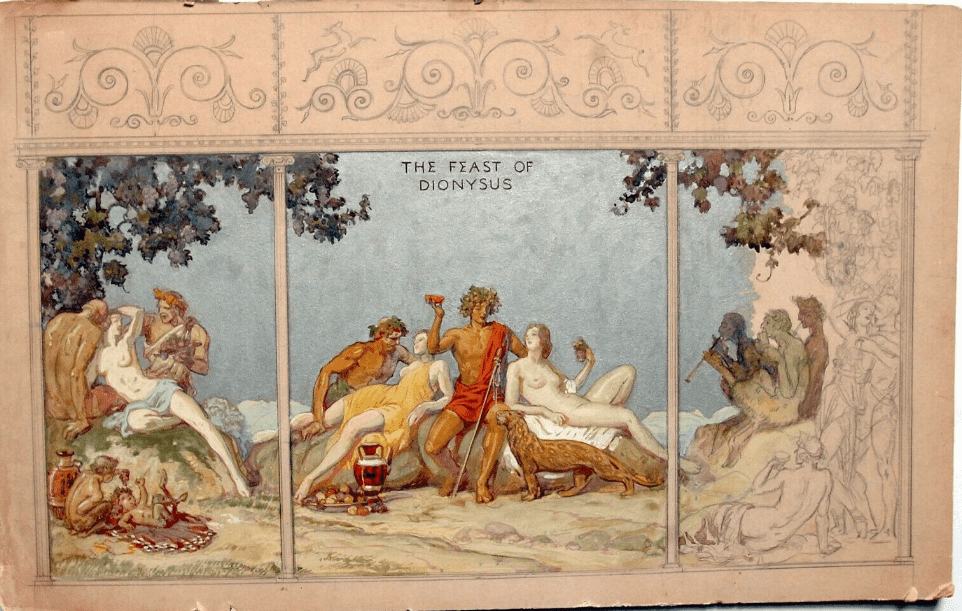 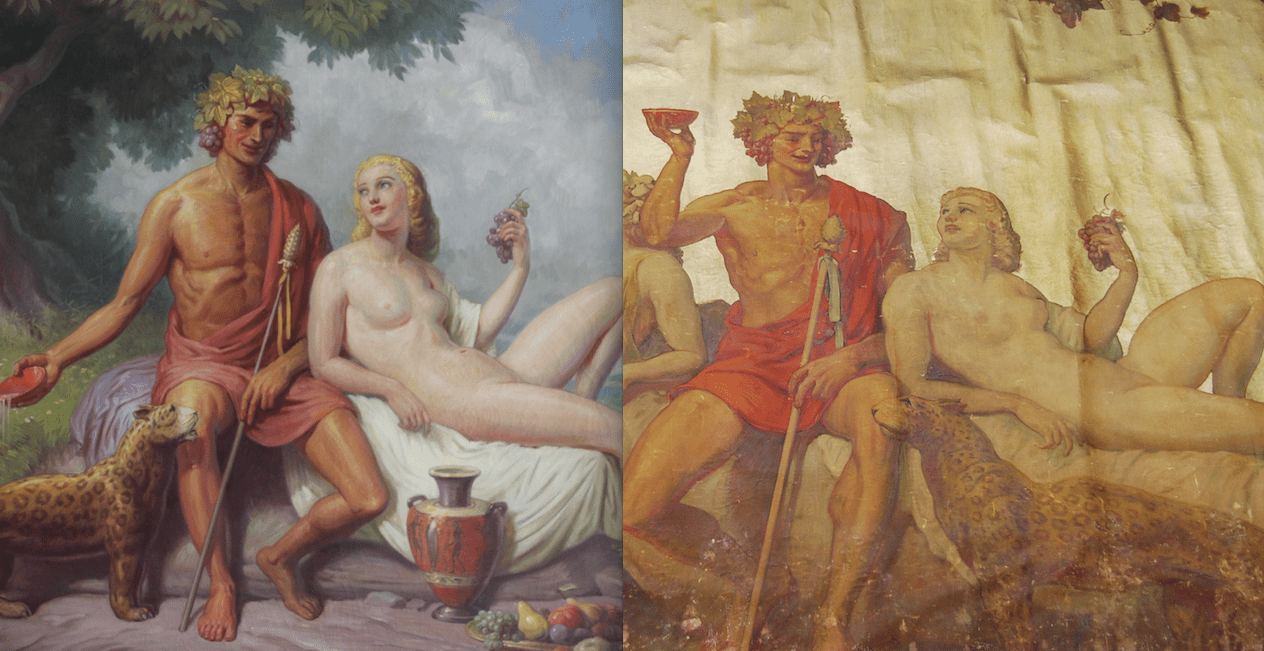 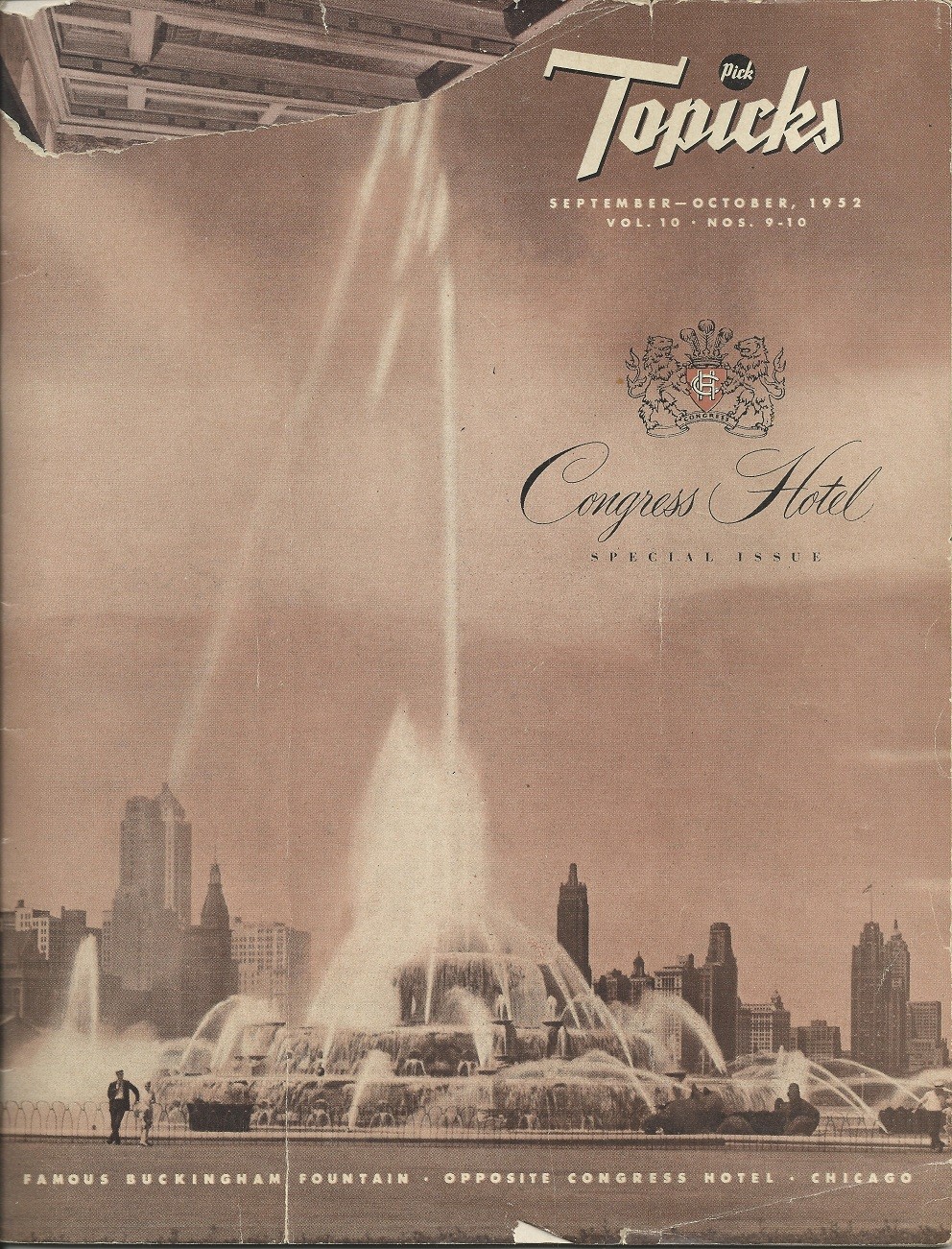 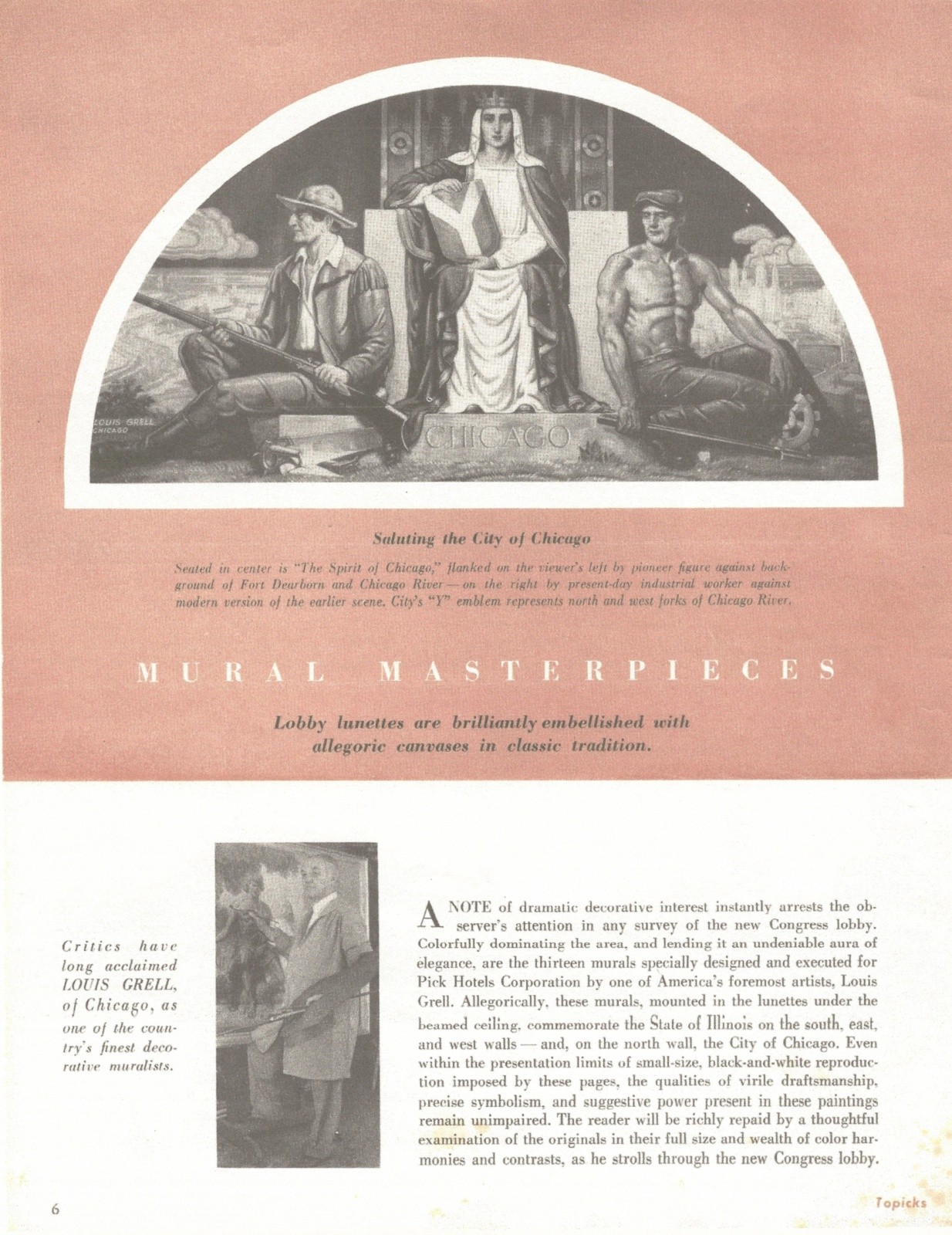 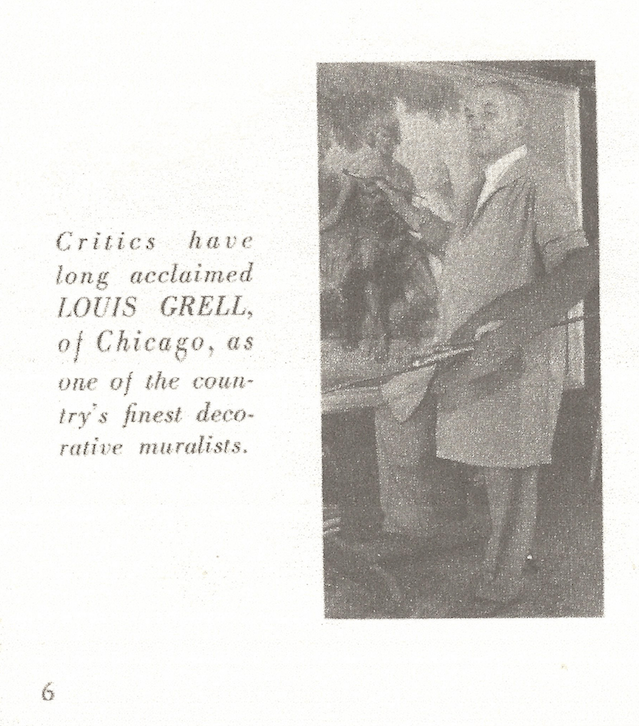 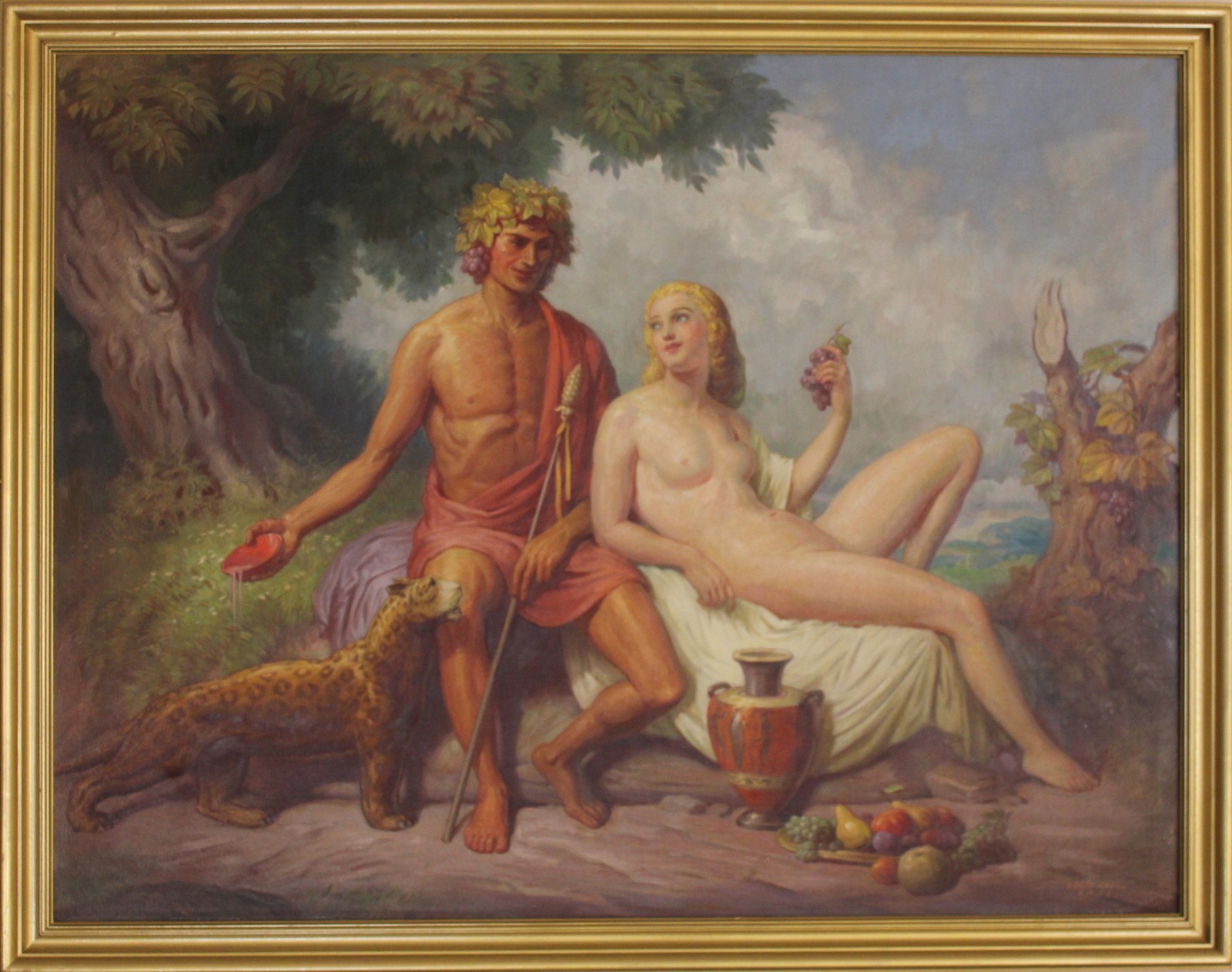 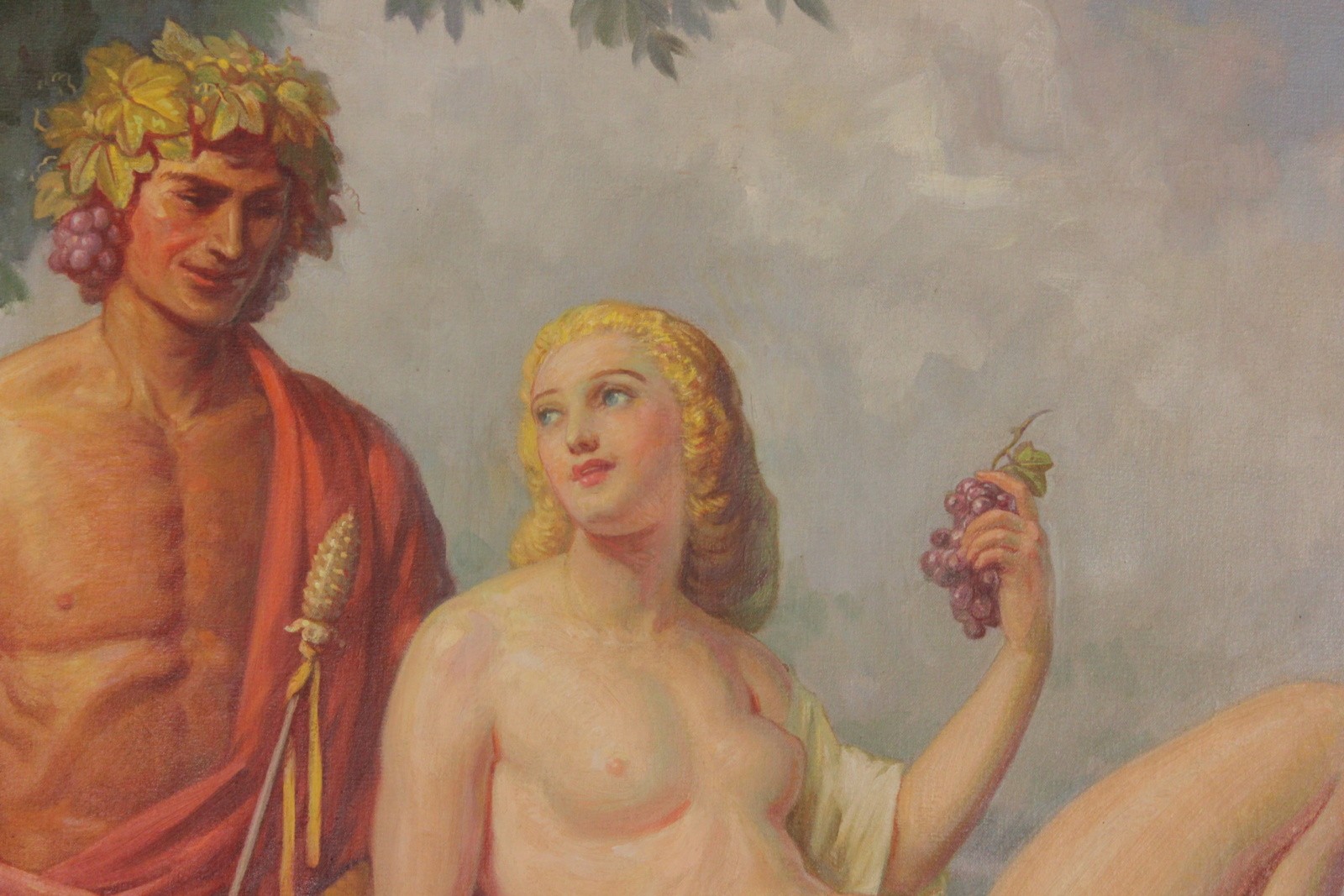 This 1951 painting is a record of the central figures in Grell’s 1935 mural The Feast of Bacchus on Mount Olympus commissioned for the Fountain Square hotel in Cincinnati. Also featured is Grell standing at his easel in his studio at Tree Studios, Chicago, IL while posing in front of Bacchus and Ariadne (1951).  The Artist, a version of Neptune and an unknown painting can be seen in the background of the four 1951 photographs.  Bacchus is believed to be part of Grell’s ‘lifetime series of ten’ important large mythological paintings. A very similar standing large Bacchus mural can be seen inside the auditorium of the Chicago Theatre (1933 redecoration) today. A Bacchus & panther scene was incorporated into the lobby ceiling of the Gateway Theatre (Chicago, 1930).

In 1935 the Fountain Square Hotel in Cincinnati announced the grand unveiling festivities for The Feast of Bacchus on Mount Olympus mural were to be held at the hotel inside the famous Fountain Bar (The Cincinnati Enquirer, August 31, 1935, page 2).  The mural is held in a private collection, rolled up and in need of some conservation work.

The four pictures of Grell at his easel with brush and mahlstick in hand are a rare glimpse into his profession.

Provenance – artist; artist’s wife Fredricka Grell in 1960 upon artists’ death; acquired by Mrs. Grell’s attorney in 1970; thence to the attorney’s daughter by decent; acquired by current owner in 2019 from the previous.