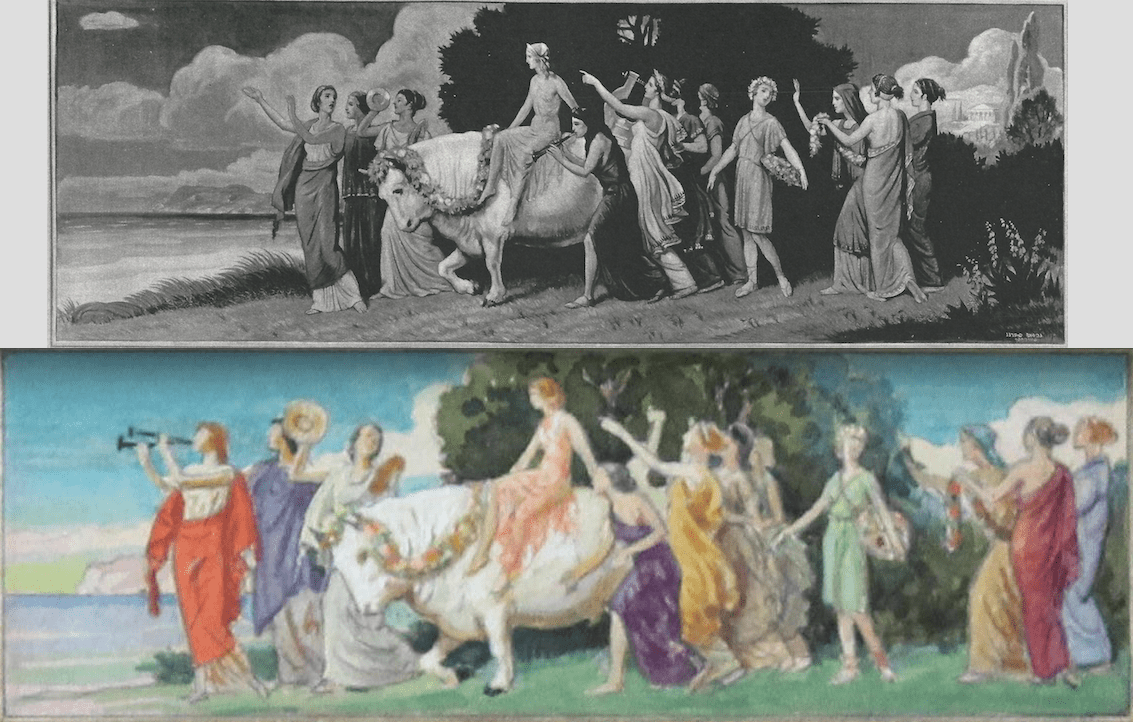 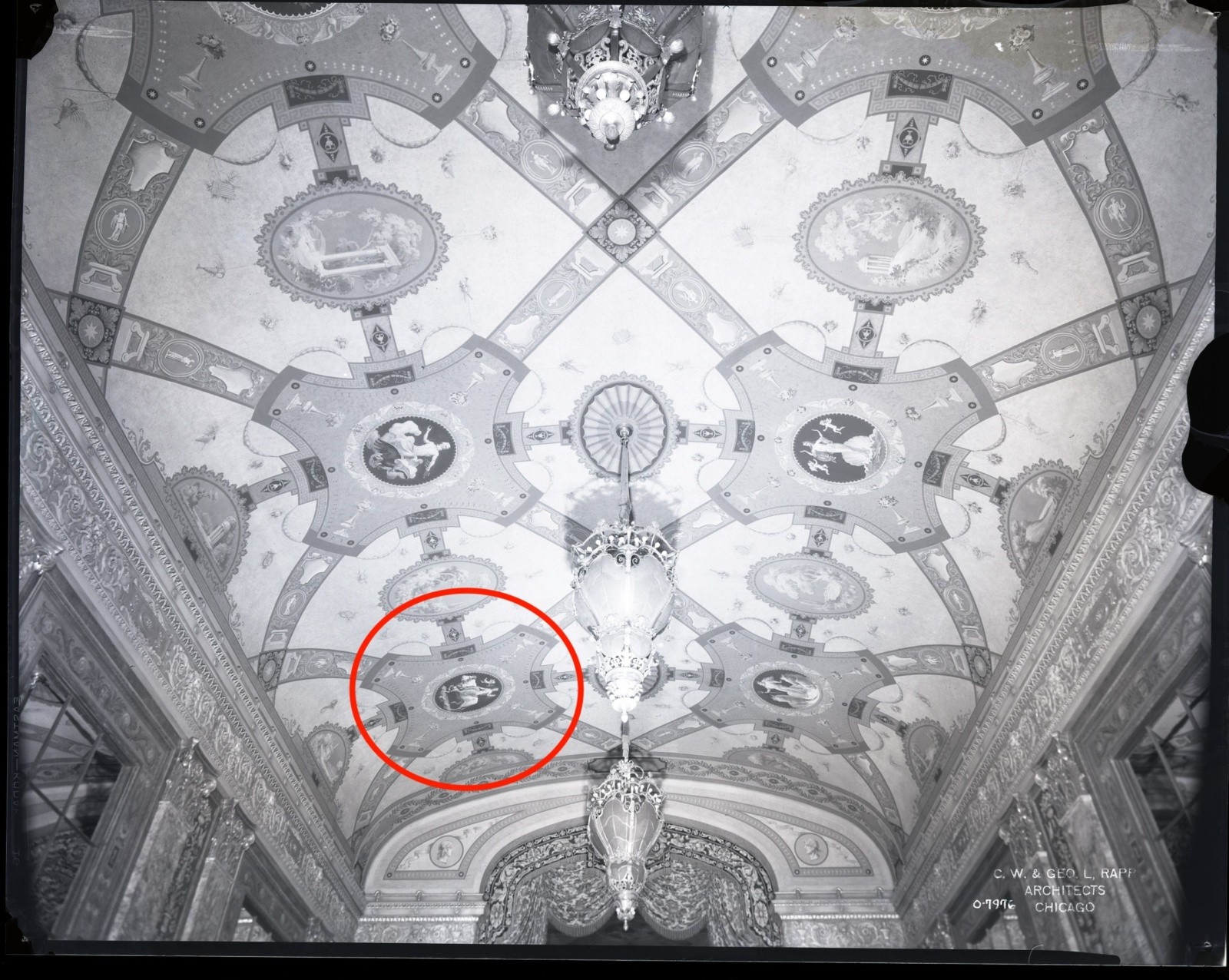 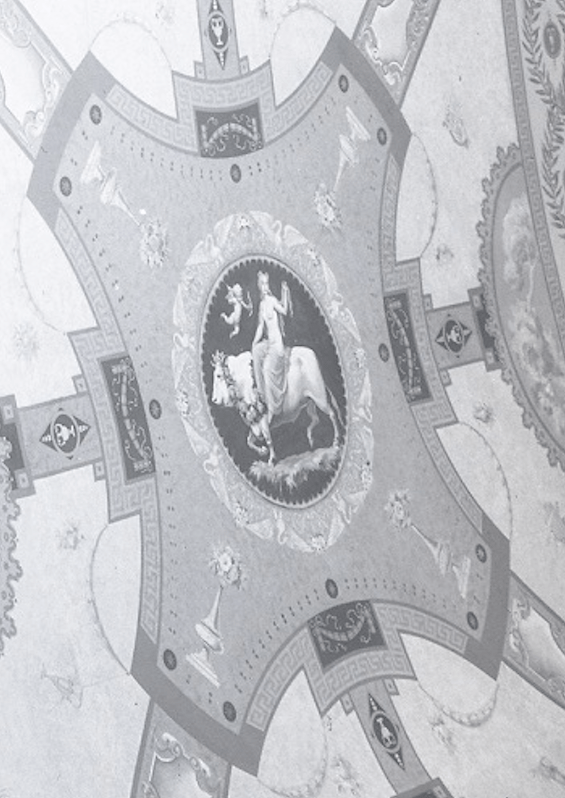 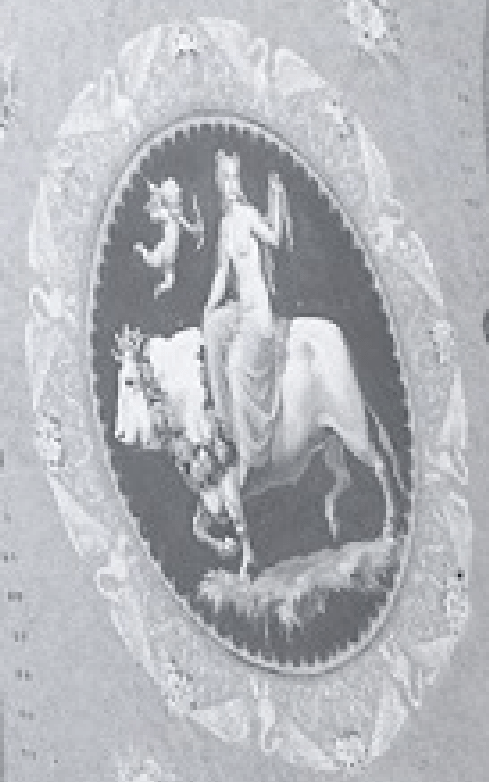 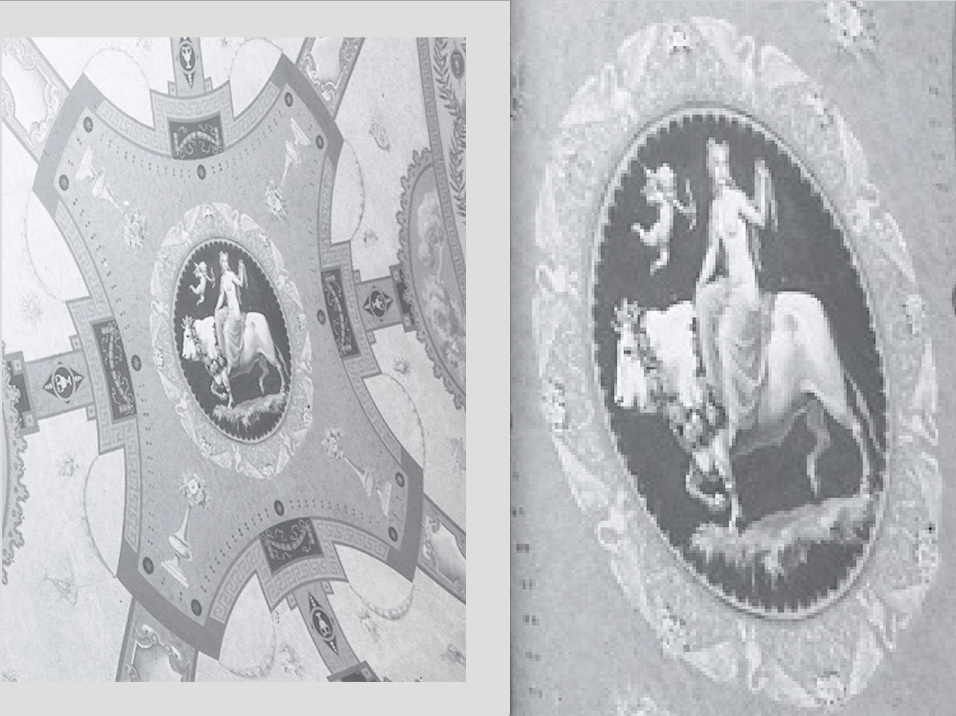 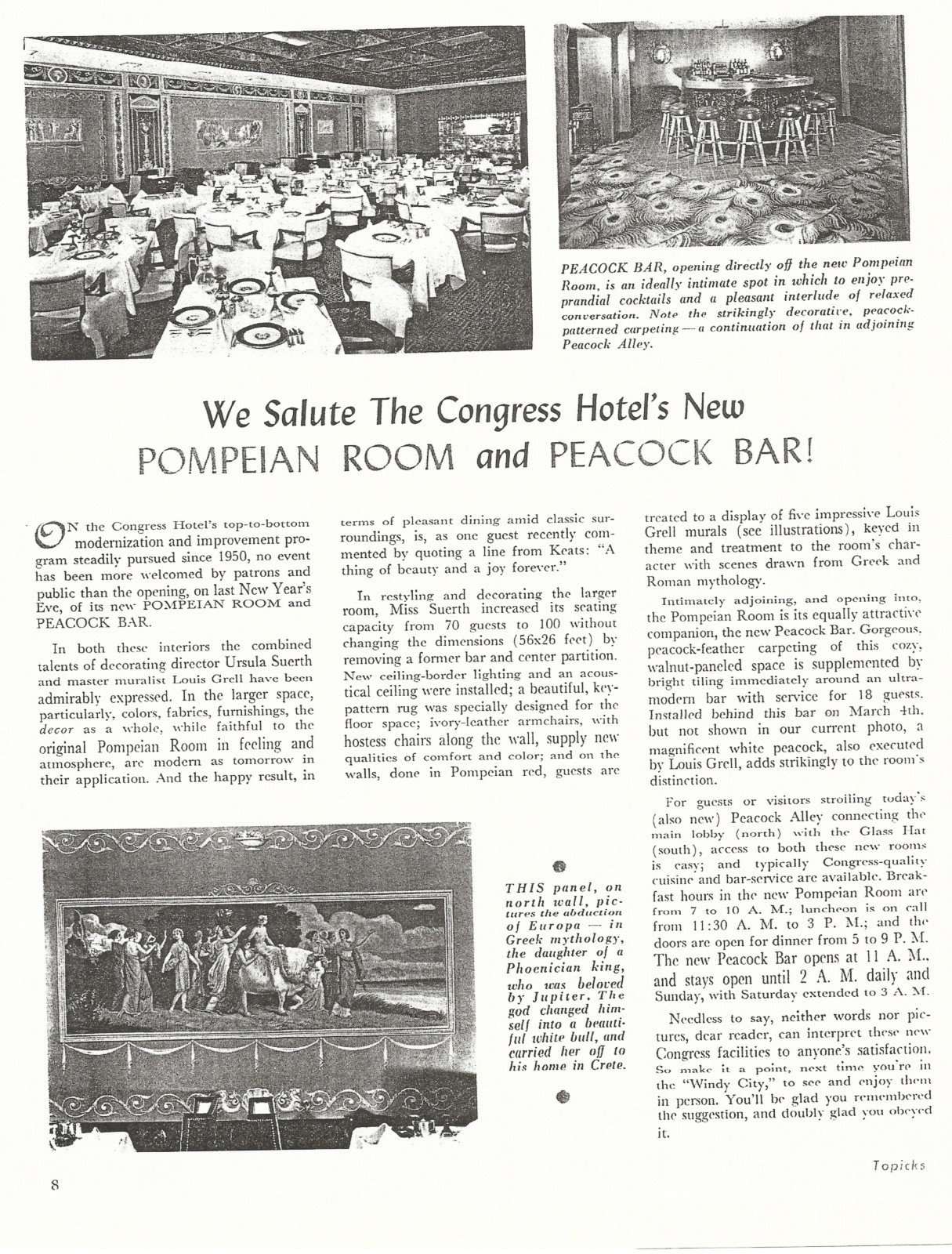 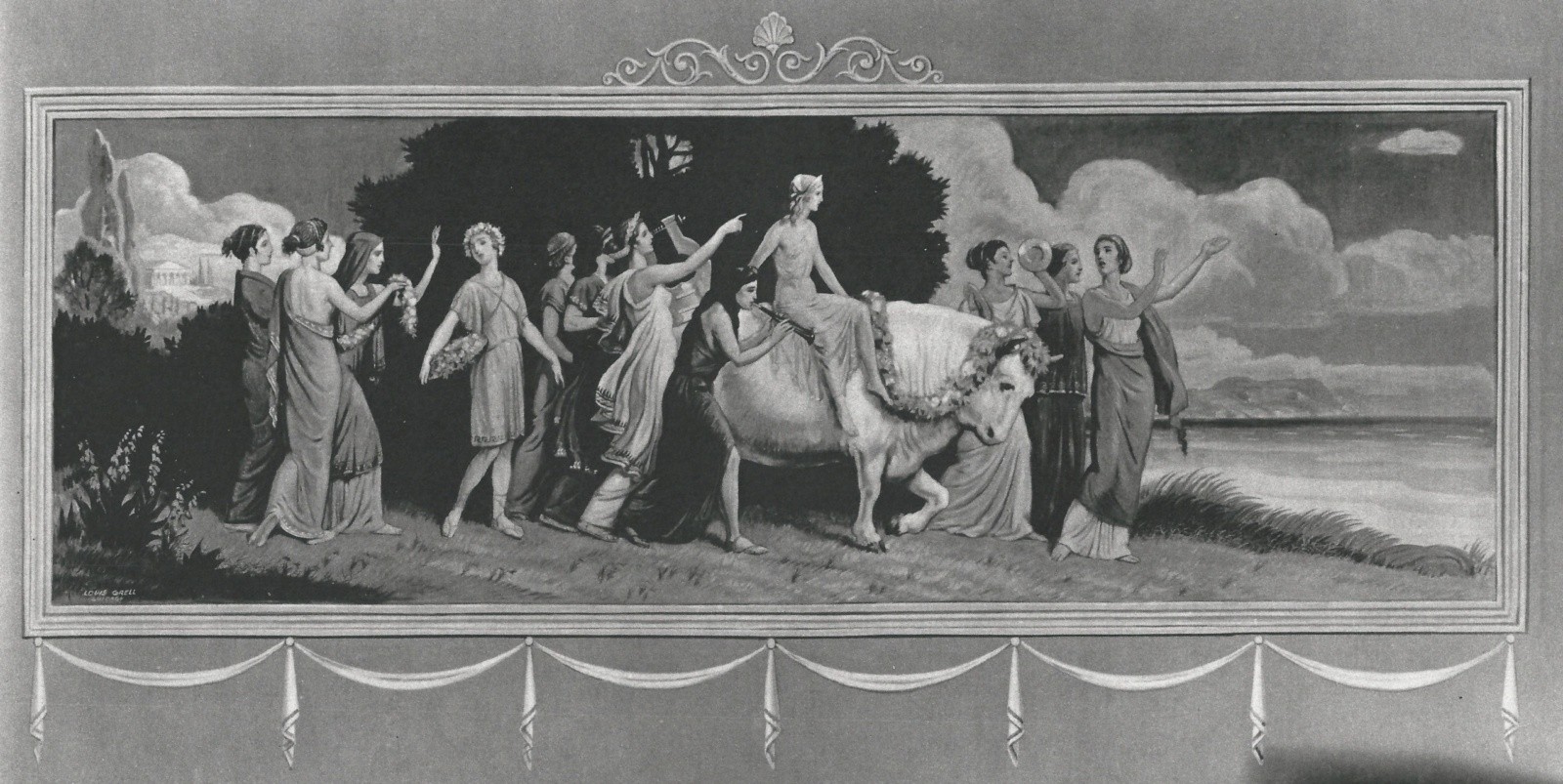 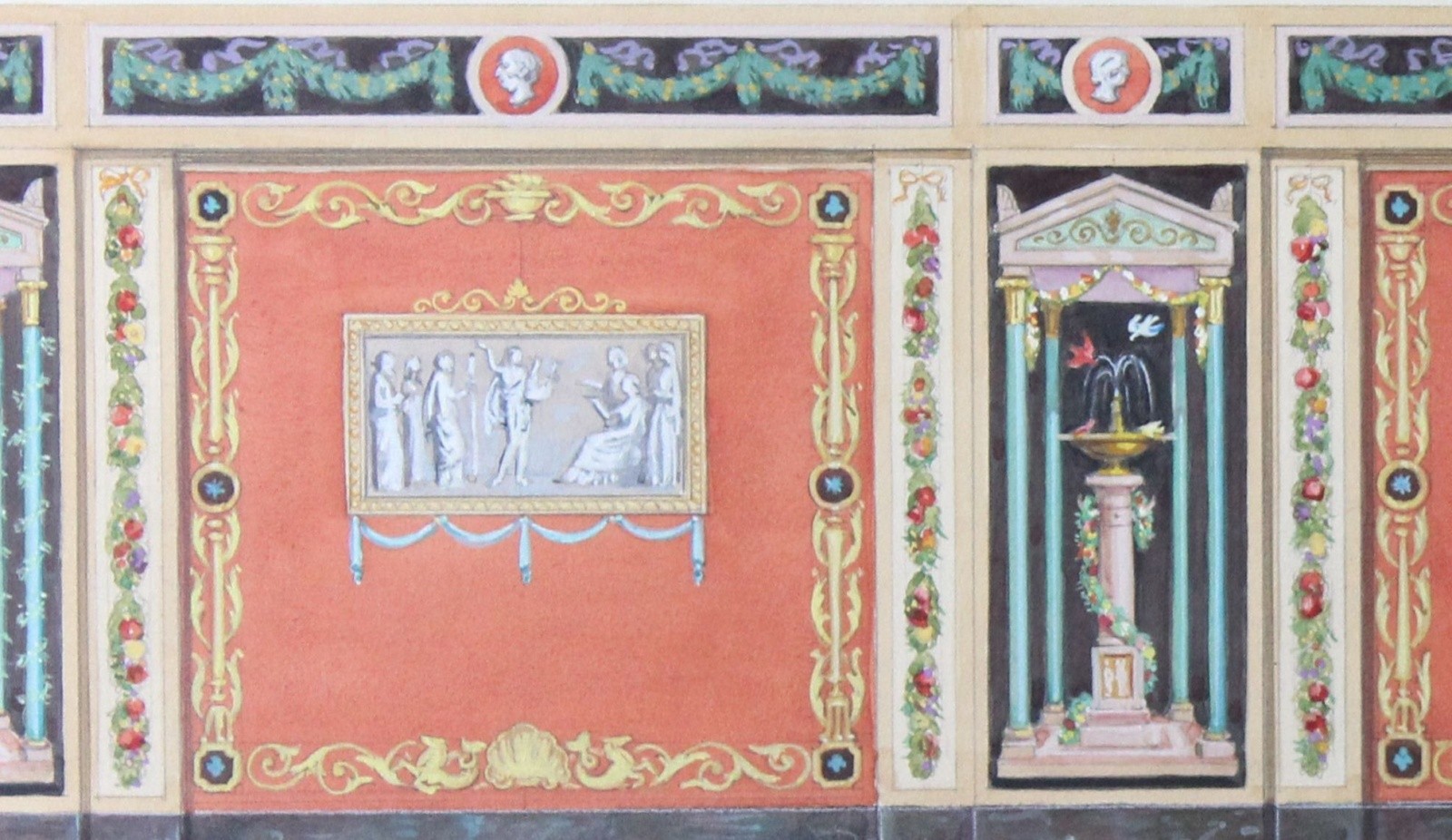 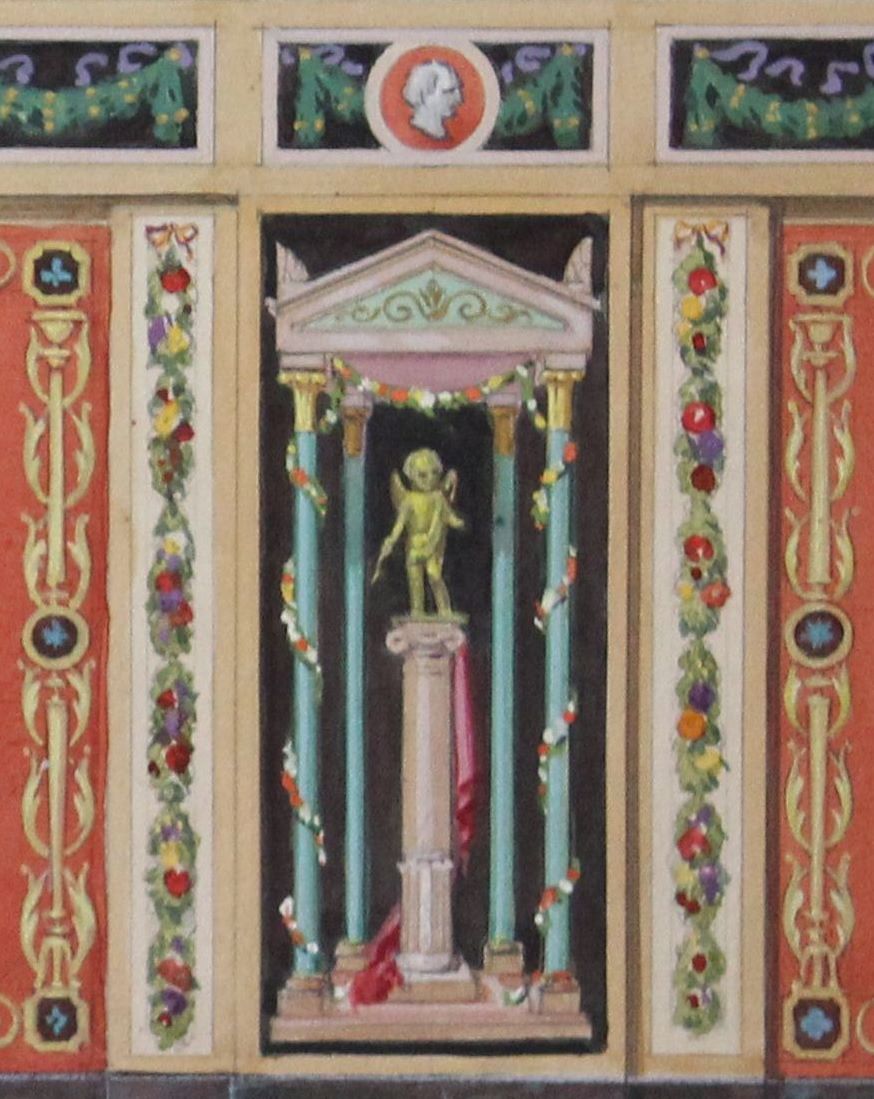 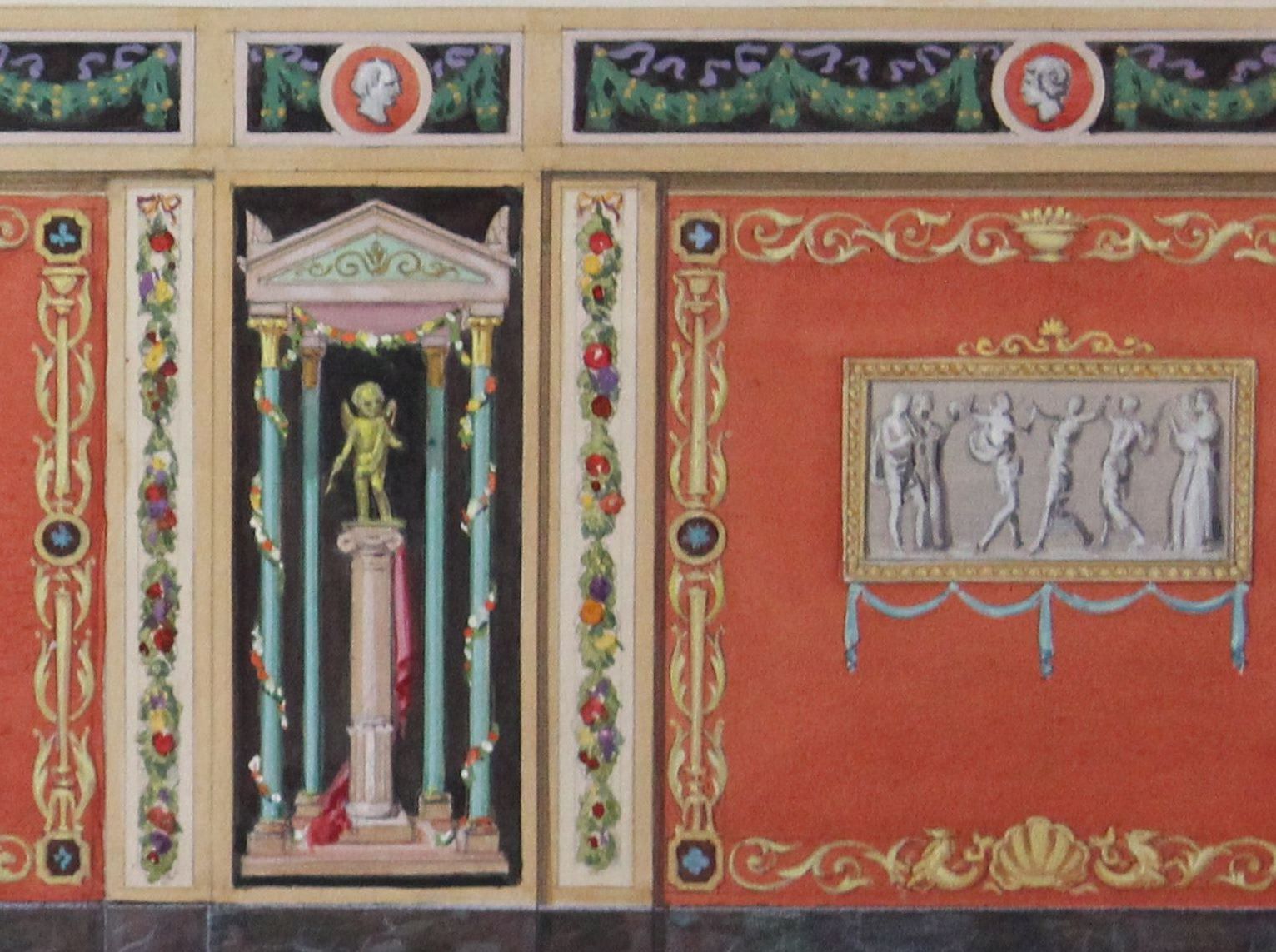 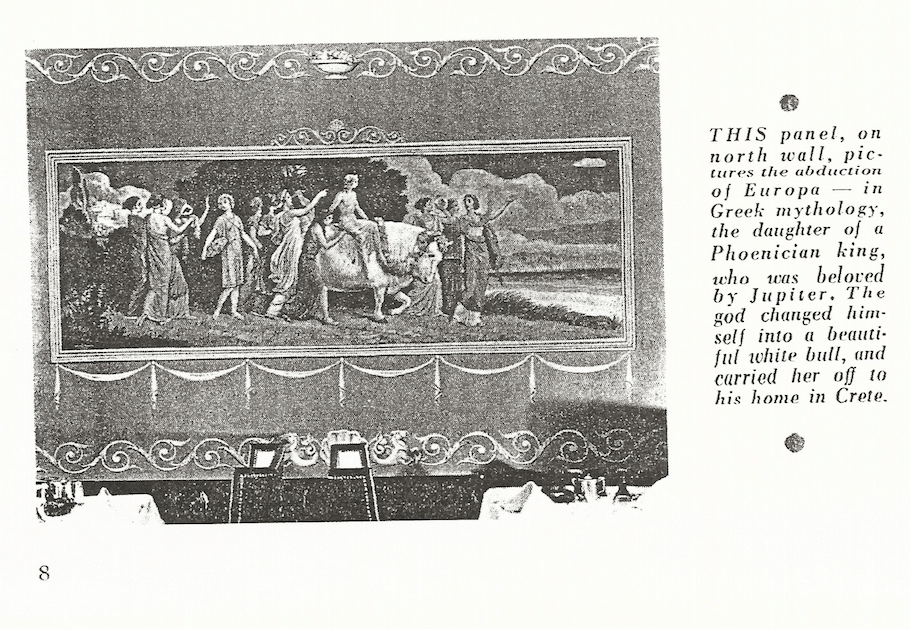 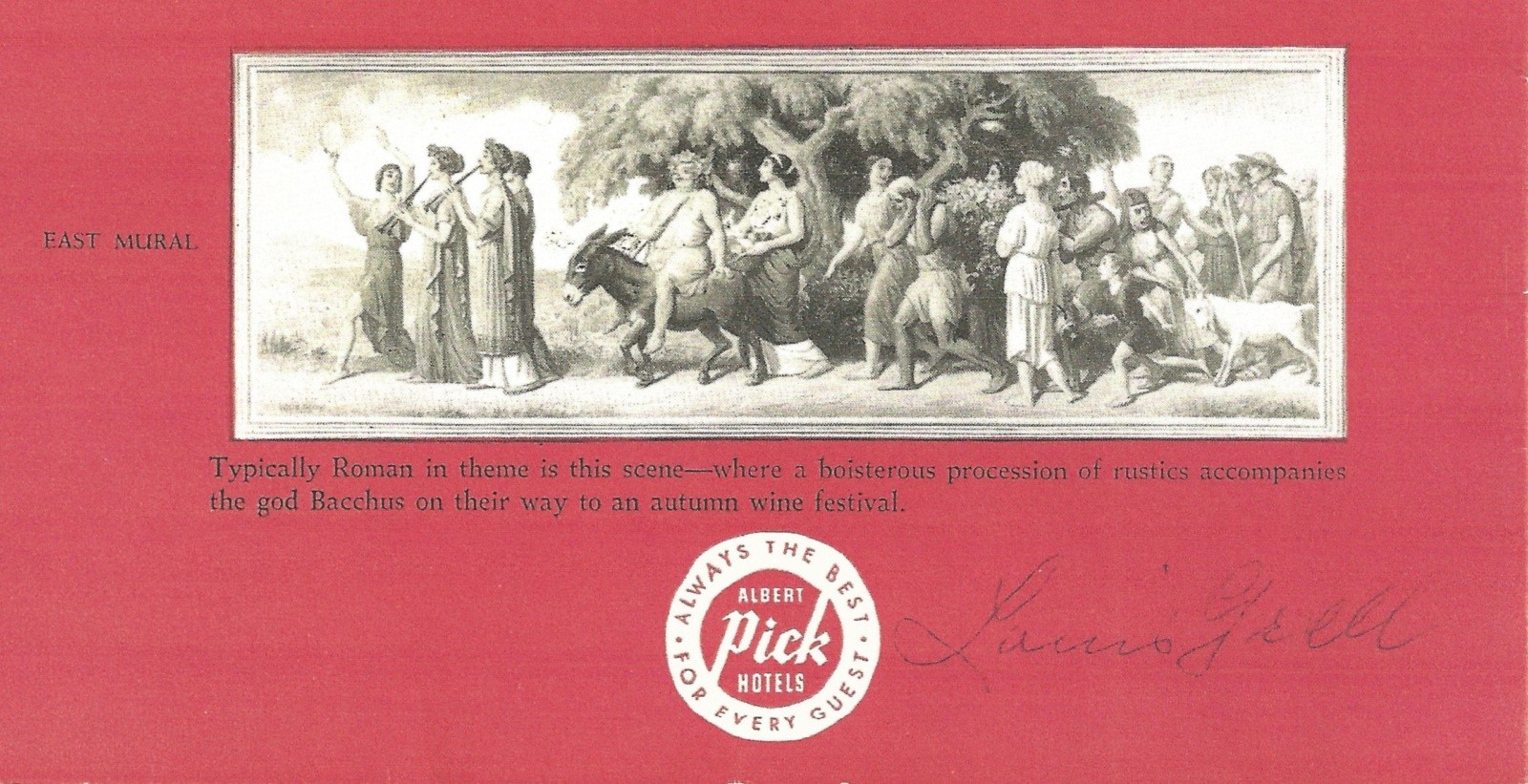 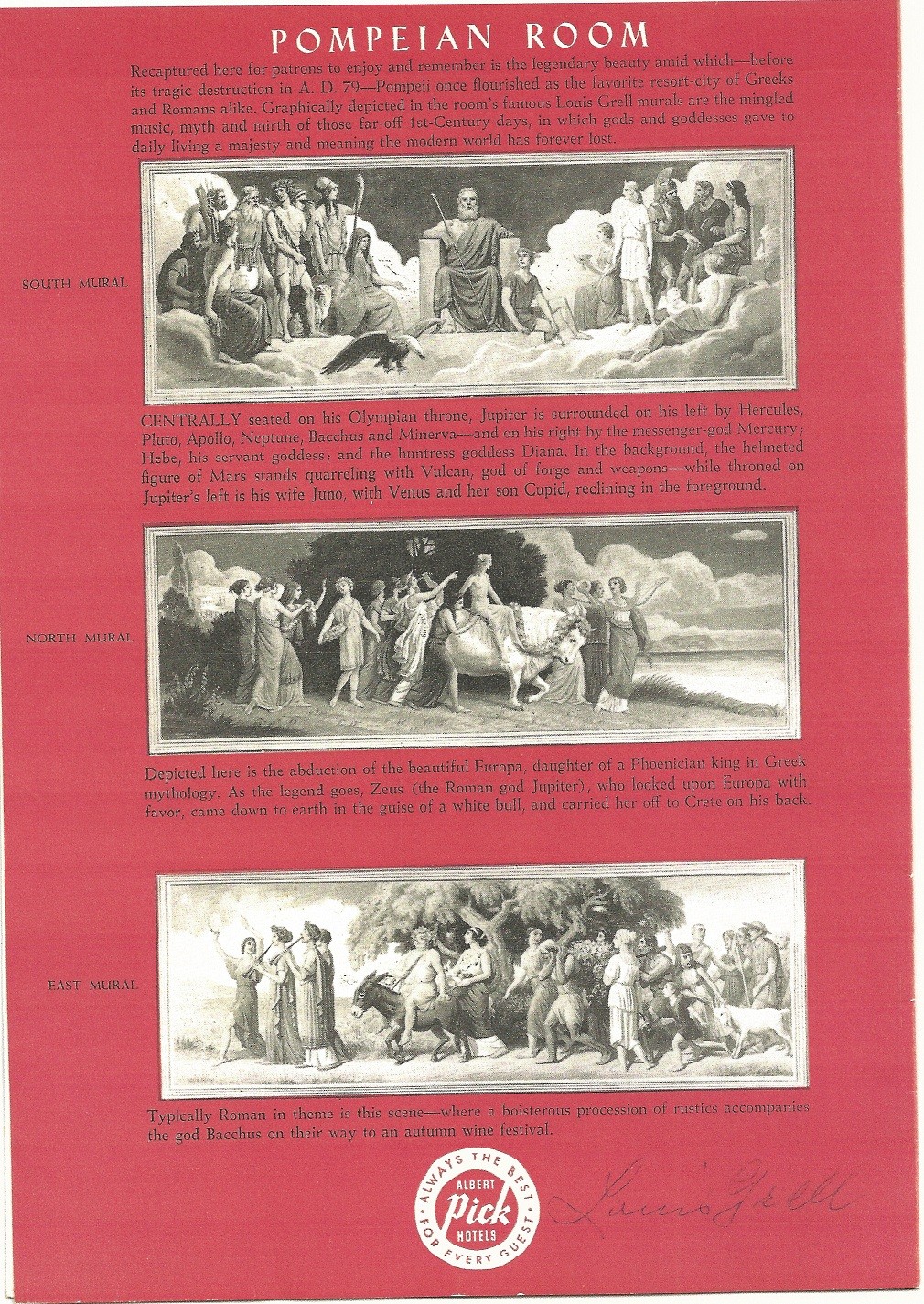 One of three walls designed and painted by Grell for the Pompeian Room inside the Congress Hotel Chicago, IL that was redecorated in 1955 under the Albert Pick Jr. ownership.  One of thirty-one murals painted by Grell for this historic hotel in total over the years.  This was not just a mural but a completely designed and hand painted fifty foot long wall.  This is the Abduction of Europa scene Grell painted that can be found under the Congress Plaza Hotel murals.

A portion of the 1929 Toledo Paramount theatre grande lobby ceiling mural by Grell depicts a similar Abduction of Europa scene where Europa sits on Zeus as he takes her to the Island of Crete.  Notice Cupid with his bow.

Exhibited: The University of Nebraska at Omaha in 2014

Literature: Final mural reproduced in Albert Pick TOPICKS magazine 1955, page 8; all three murals reproduced and described on back page of rare Pompeian Room 1955 dinner menu (this one is signed by Grell and affixed en verso of drawing).