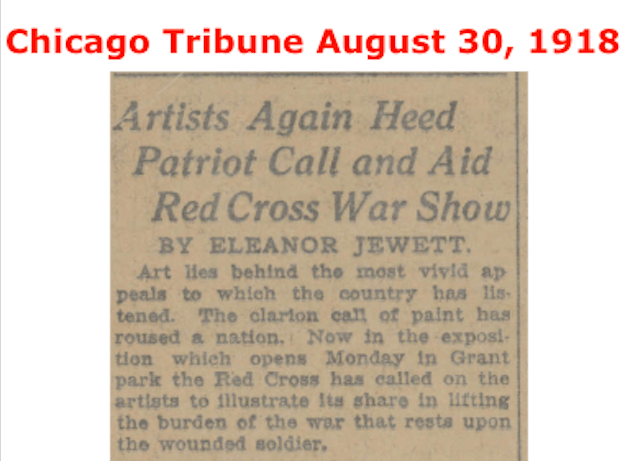 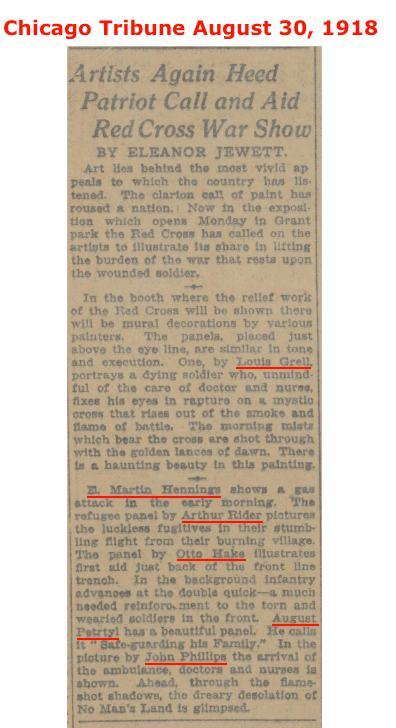 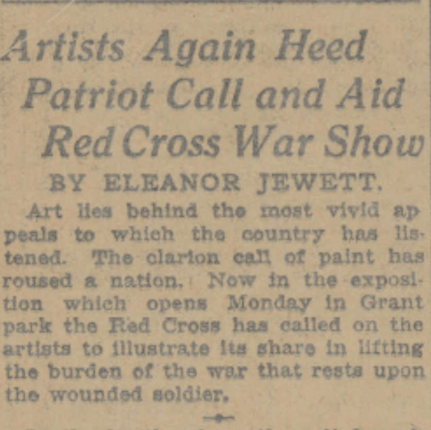 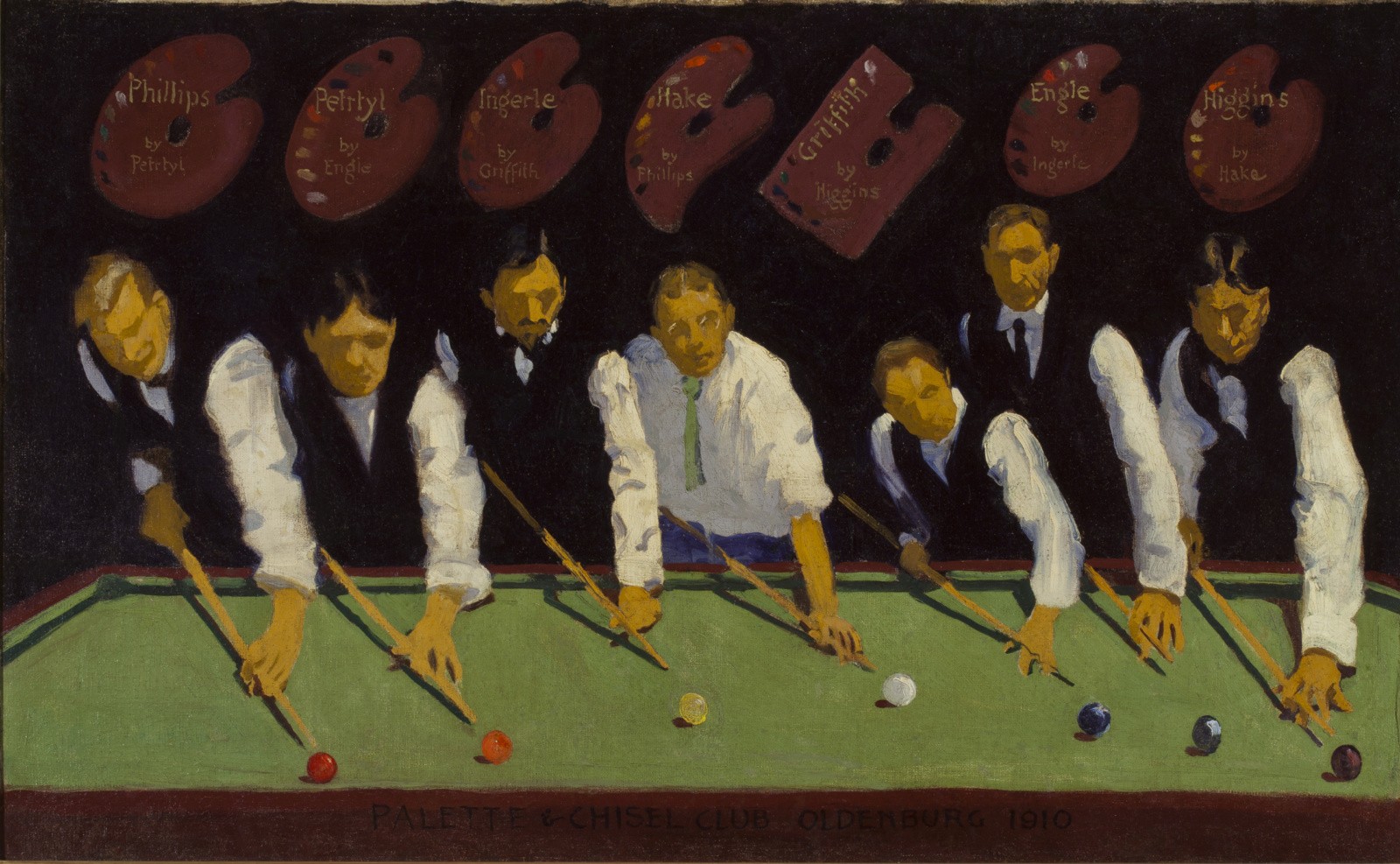 A few months after this exhibit, Grell was drafted into the U.S. Army during World War I and sent to Washington State where he would execute illustrations for the post newspaper, Straight Grain, and help process new recruits for the war.  E. Martin Hennings, Arthur Rider (1886-1975), Otto Hake (1876-1965), August Petrtyl (1867-1937) and John E. Phillips would join Grell for this benefit exhibit.

On September 16, 1918, Walt Disney enlisted in the Red Cross after being denied entry into the military.  Currently, there is no known connection between these two events.  Grell taught at the Chicago Academy of Fine Arts when Disney attended from September 1917 until Spring 1918 and is believed to be his art instructor.

Members of the Palette and Chisel Club (1910) reproduced courtesy of the M. Christine Schwartz collection.