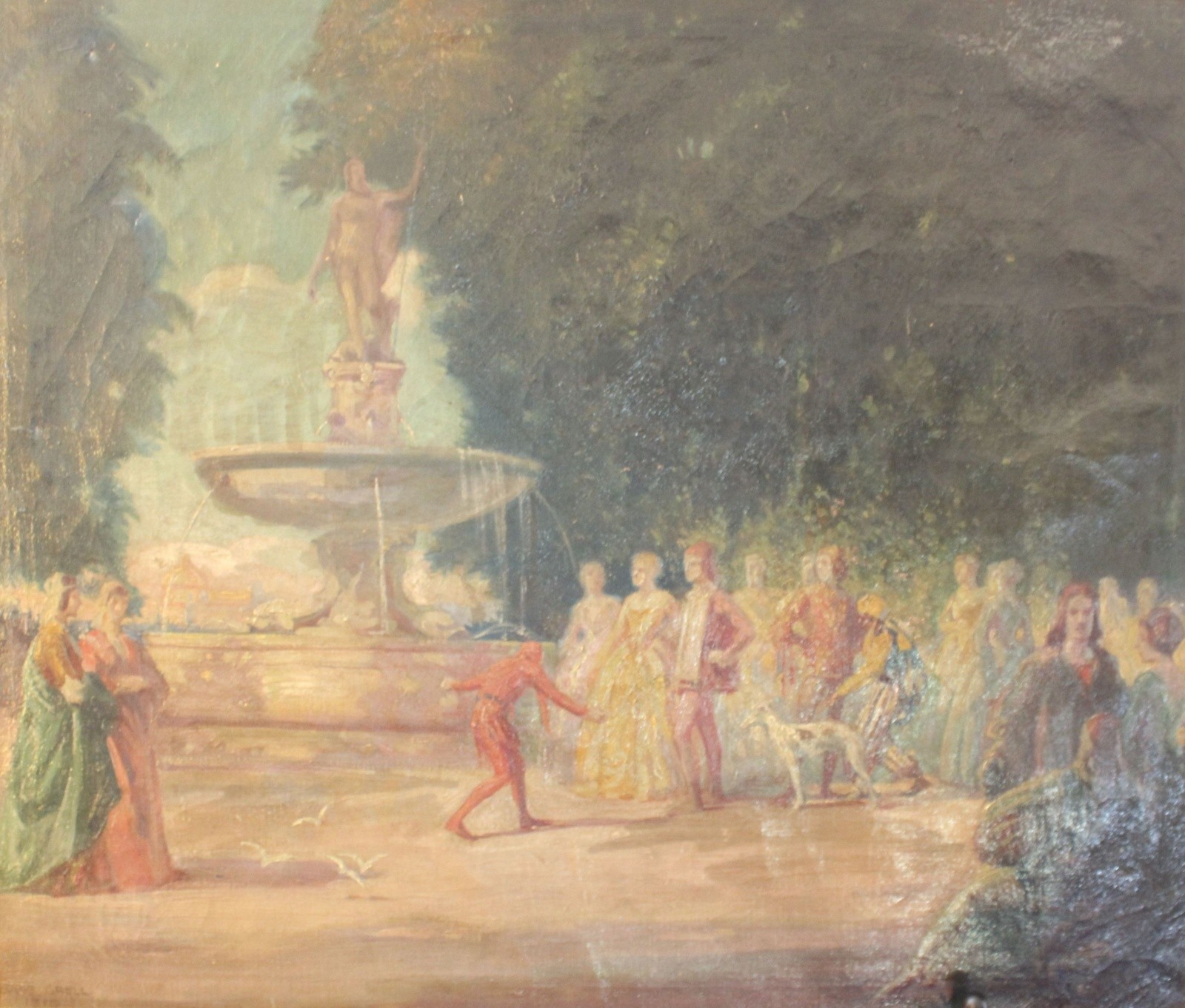 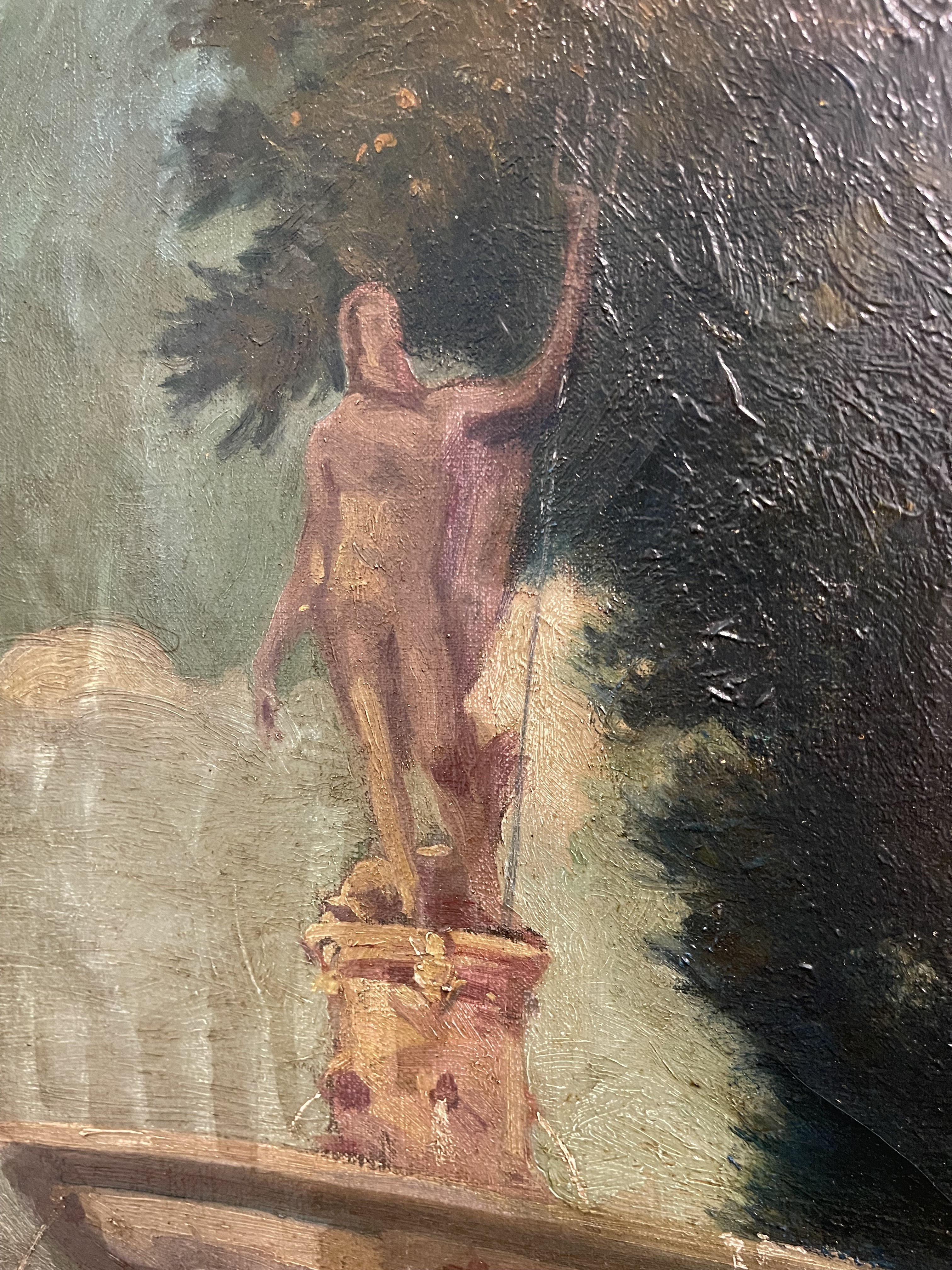 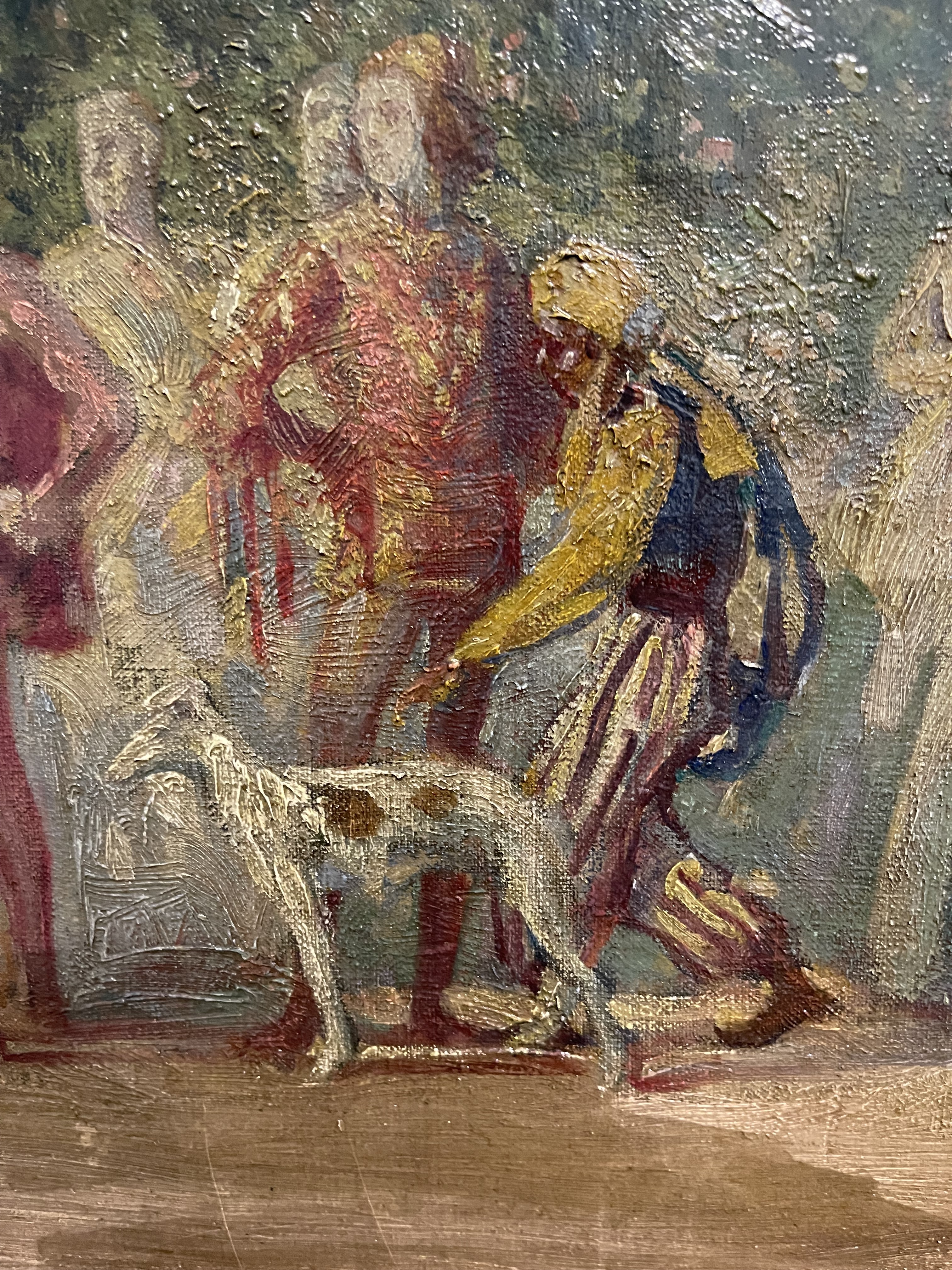 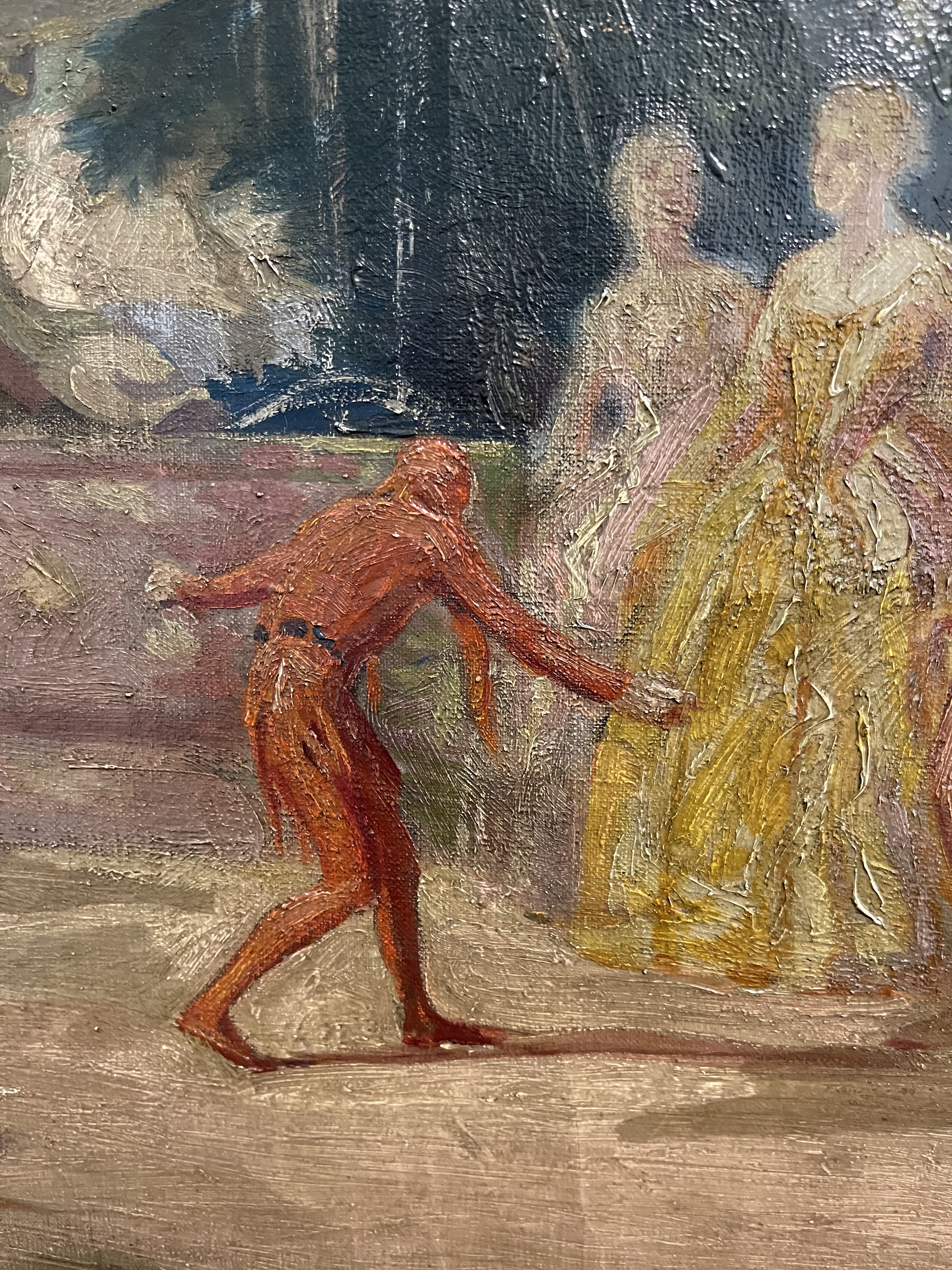 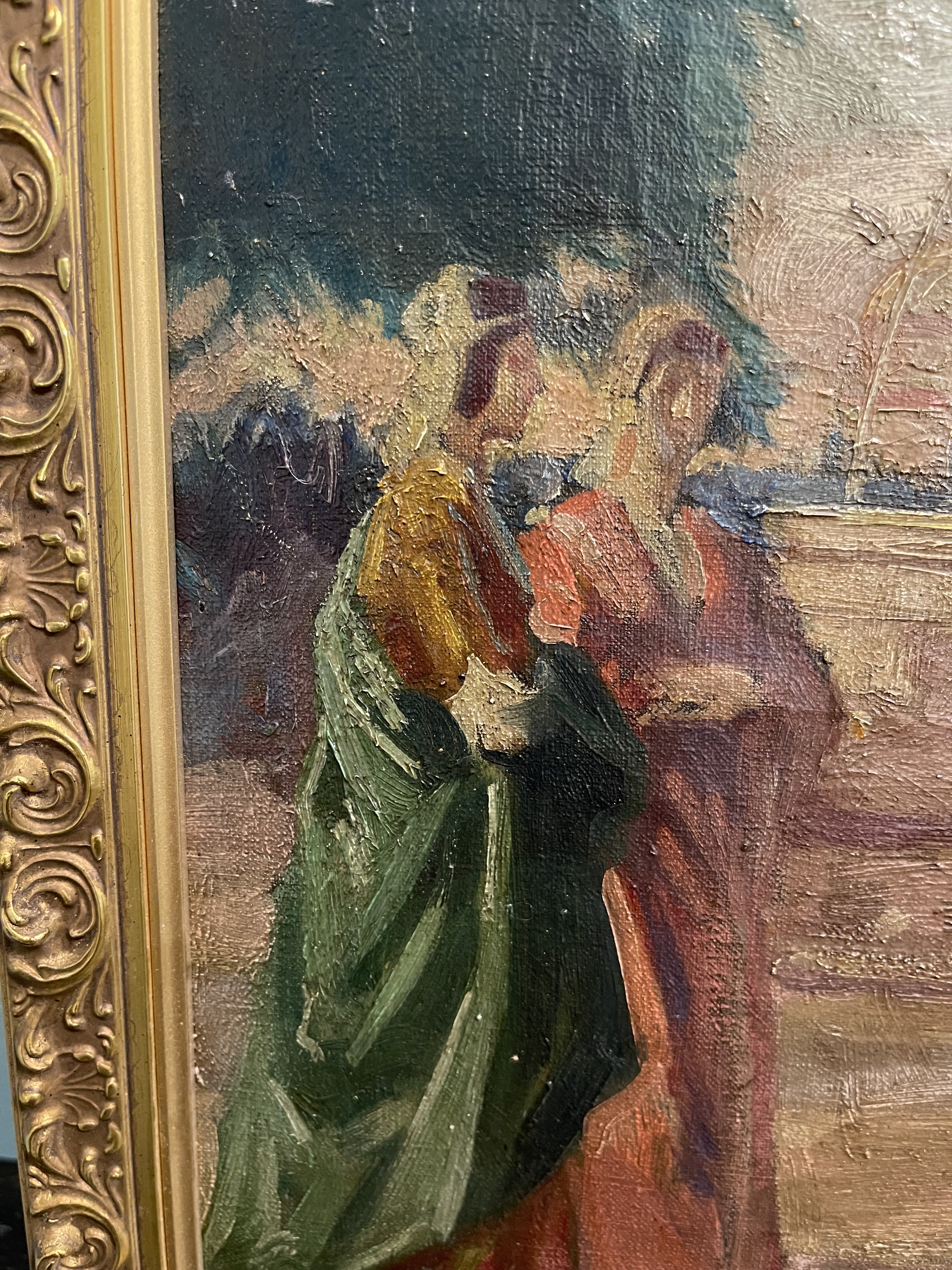 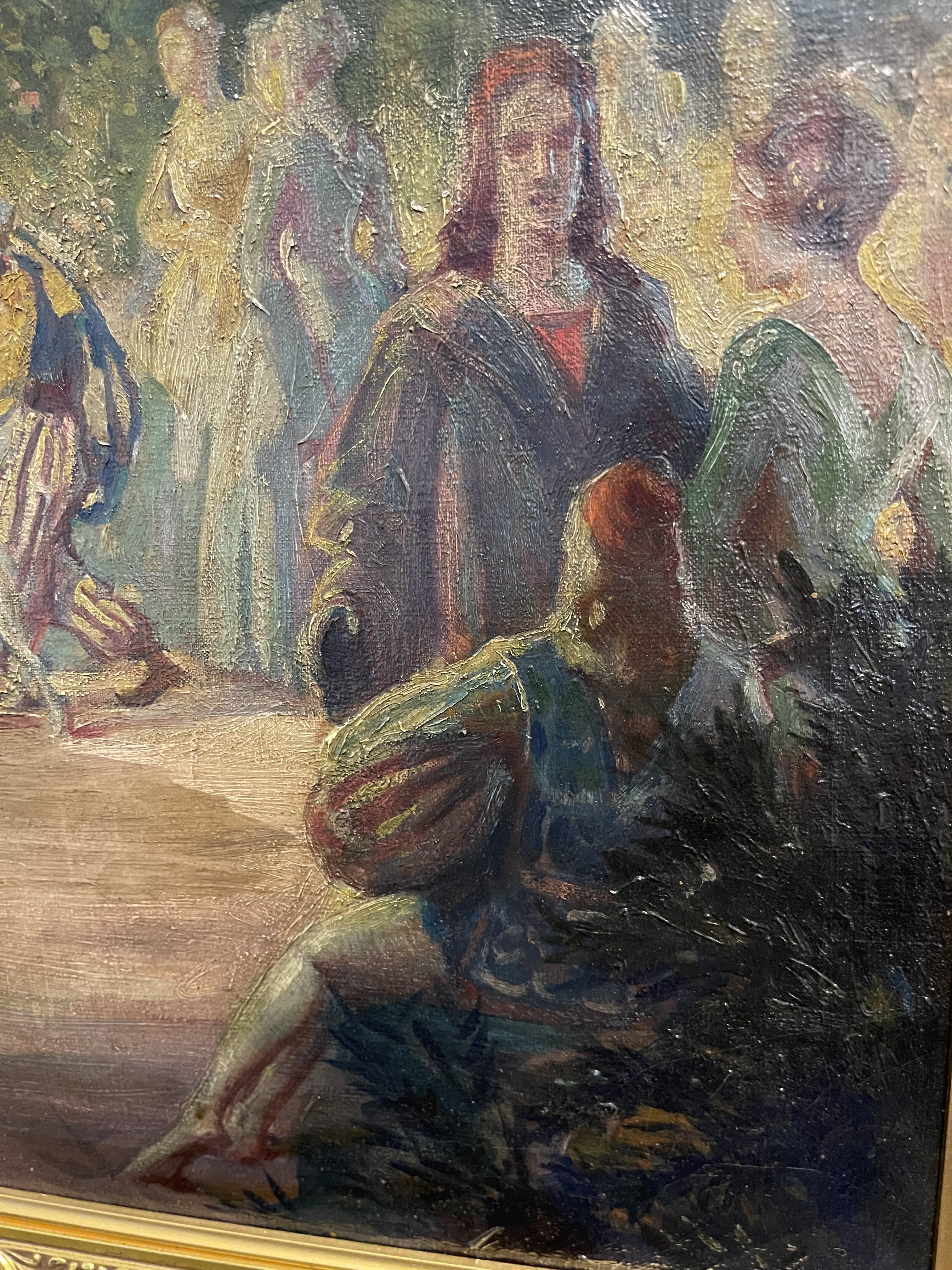 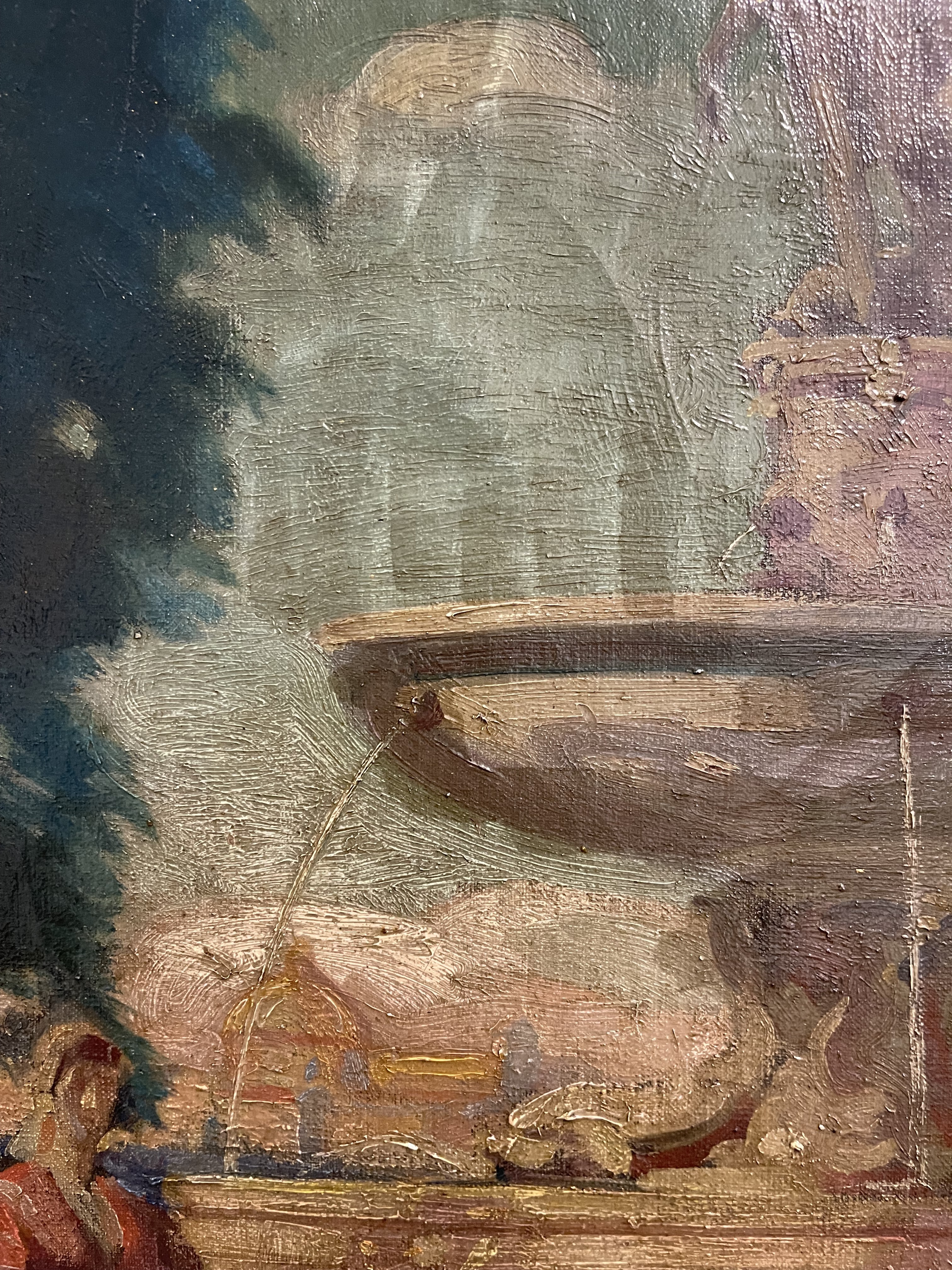 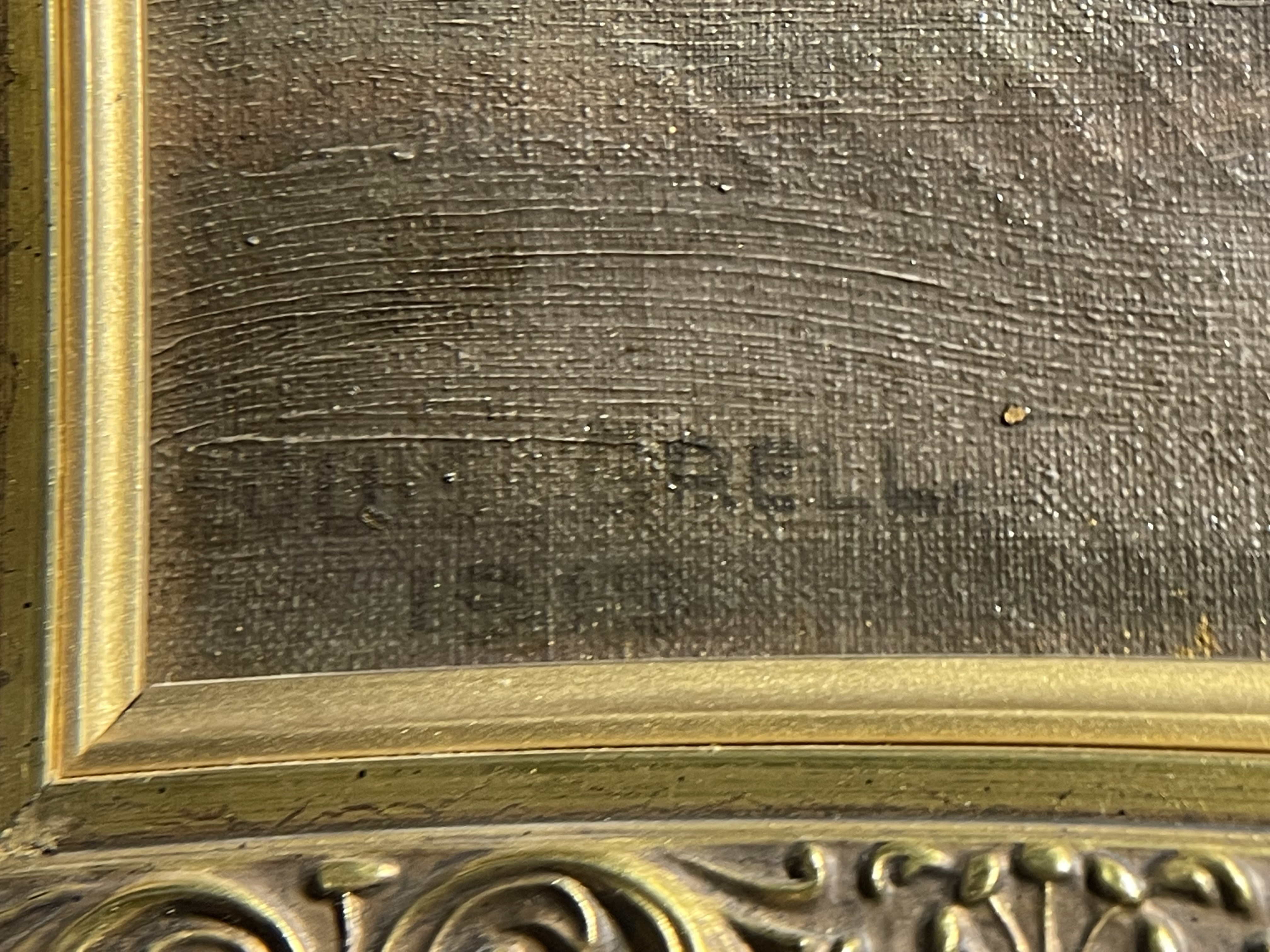 Likely a design for a Paramount theatre since this period marked the beginning years of Grell’s long tenure with Famous-Players Laskey Corporation, Rapp and Rapp Architects and Balaban & Katz exhibitors.  This composition is painted with a thicker palette than most Grell paintings and is similar to Overlooking the Valley in that respect.

This scene represents Neptune standing tall on a fountain holding his trident, a jester bows to the royals, onlookers seem indifferent to the ongoings, an Arabic man handles a greyhound, a roman city in the background behind and to the left of the fountain all scream that this was a study for a theatre.  Grell would have been under contract for the Chicago theatre in 1919.  The original Grell murals in the Chicago theatre were French fairytale themed (1921 to 1933).

Provenance: artist to aunt in Lincoln, NE during lifetime; thru descent to current family member