Several new discoveries of Grell’s former handiwork have emerged in recent weeks primarily due to the St. Louis Union Station mural articles and the Chicago Tribune article regarding the Theatre Historical Society of America opening its new research center in Elmhurst, IL.   In addition to Birth of Electricity featured on our home page and in this news section, many others have surfaced.

During a recently completed $66 million renovation at Union Station in St. Louis, a large mural from 1942 was discovered by construction workers titled Commerce on the Landing reported in roughly 30 papers from St. Louis to San Fransico, New York and Washington DC.  After 30 years in hiding, the mural was discovered walled-in a storage closet in the basement of the large train station.  It is being conserved in St. Louis and plans are to hang it high above a ticket counter in the Grand Hall of the famed station replicating its former glory above the train ticket counter where 100,000 passengers saw it daily during the height of the war.  Simply Google “St. Louis Union Station mural” to read many of the articles that are still active.  Most St. Louis news agencies featured the story and it was covered on at least two nightly TV news broadcasts where it was then picked up nationally by; the New York Post featured the video of the discovery, The Washington Times ran the entire article, the San Francisco Gate featured the story as did most major cities across Missouri.  Others in Indiana and Illinois covered the story.

In Southern Illinois, the widow of a former student of Grell’s contacted us regarding a large oil that she and her husband acquired back in the late 1970’s from the Romano Gallery at Tree Studios.  Apparently, former Illinois Governor James “Big Jim” Thompson made a significant offer for the large painting, however, the former student wanted it more.  The painting titled Judgement of Paris, pictured below, is part of a series of ten different mythological scenes painted by Grell over his lifetime and is from 1937.  Thanks to the current owner, we have learned that our Neptune (1956) is part of the same series and may be number ten.  Apparently, in the late 1970’s all ten were on display in Romano’s gallery after the artist passed in 1960 and his wife Friedl moved out of Tree Studios in 1968. 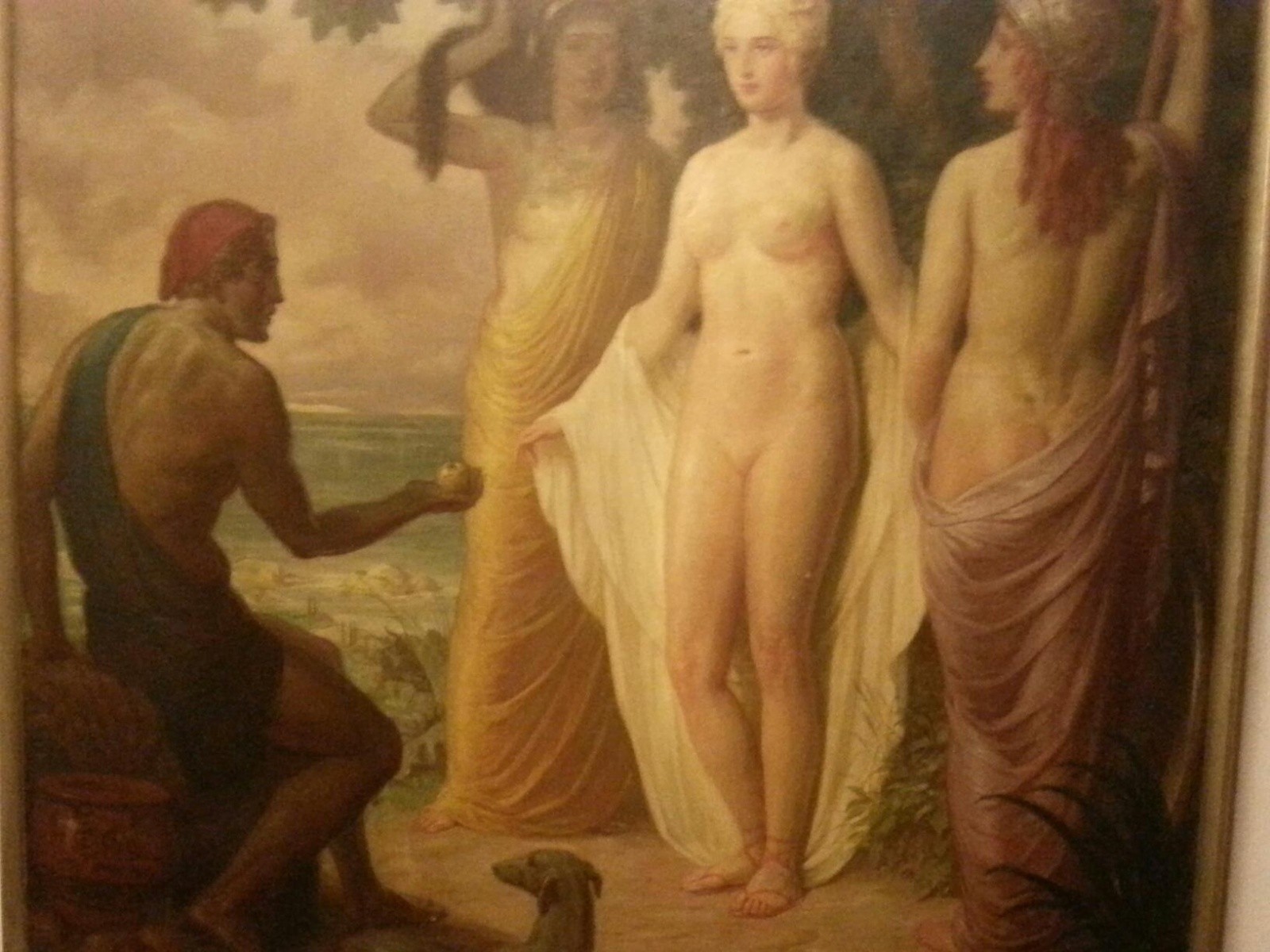 On a larger scale, another new mural discovery has come to our attention.  Located somewhere in the midwest hangs, in a large palatial home, a mural titled The Great Wonder Carnival.  Grell not only painted the Wonder Ballroom of America, the Aragon Ballroom (1926) in Chicago and the Wonder Theatre of America, the Chicago Theatre (1921), he apparently also painted the Wonder Carnival of America.  This work is strikingly similar to Grell’s later work and is oil on canvas and measures approximately seven feet by twelve feet.